The Queen’s beloved corgis were by her side throughout her 70-year reign and the breed became a symbol of British royalty.

Now corgi owners have taken to social media to share their experiences of how their corgis have been coping since Queen Elizabeth II’s passing on September 8.

Some have claimed that their beloved pooches have been ‘acting differently’ while mourning the Queen’s death. 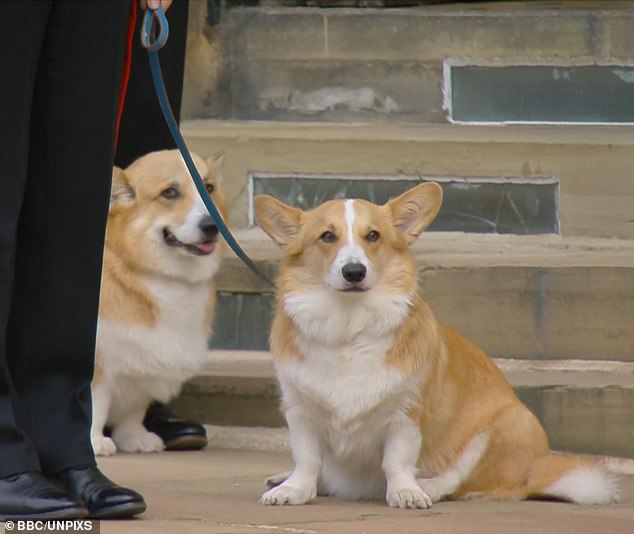 The Queen’s beloved corgis (pictured) were by her side throughout her 70-year reign and the breed became a symbol of British royalty. Now corgi owners are claiming their pets 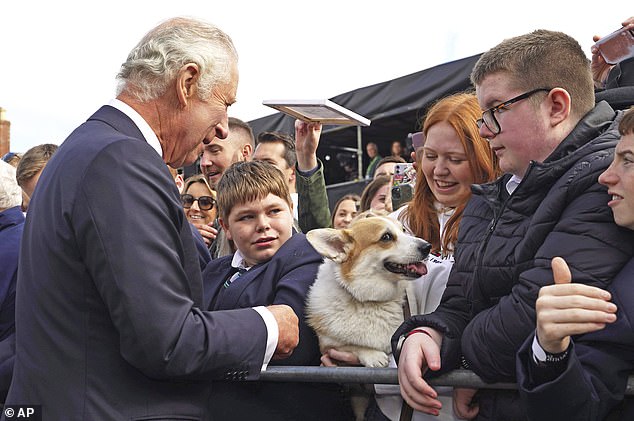 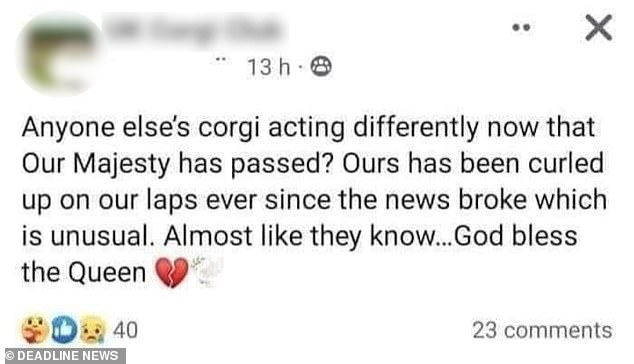 One concerned owner said their dog is struggling to handle the news and has been acting ‘differently’ and laying on their laps more than usual.

Another said that her corgis were ‘upset’ by the Queen’s passing but that they were also excited over their new king, Charles III.

Sharing a post to Facebook last week, one owner wrote: ‘Has anyone else’s corgi acting differently now that Our Majesty has passed?

‘Ours has been culled up on our laps ever since the news broke which is unusual. It’s almost like they know, God bless the Queen.’ 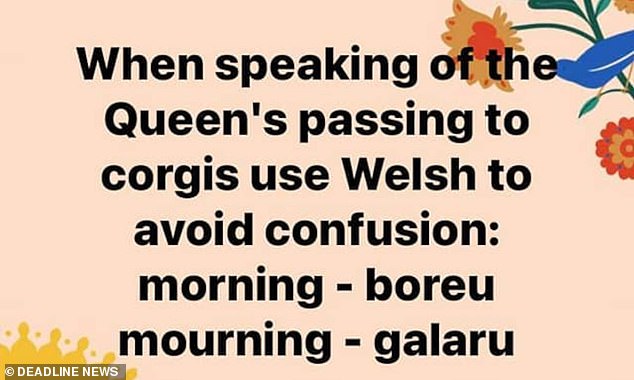 Another member of the UK Corgi Club wrote: ‘Mine are upset about the Queen’s passing but excited about the new Prince and Princess of Wales.

‘Also we’re very relieved that the Yorks are looking after the Queen’s corgis as we were going to offer.

‘It’s confusing for all corgis, it’s difficult enough for them having to understand English rather than Welsh and now mourning doesn’t even mean breakfast time.’ 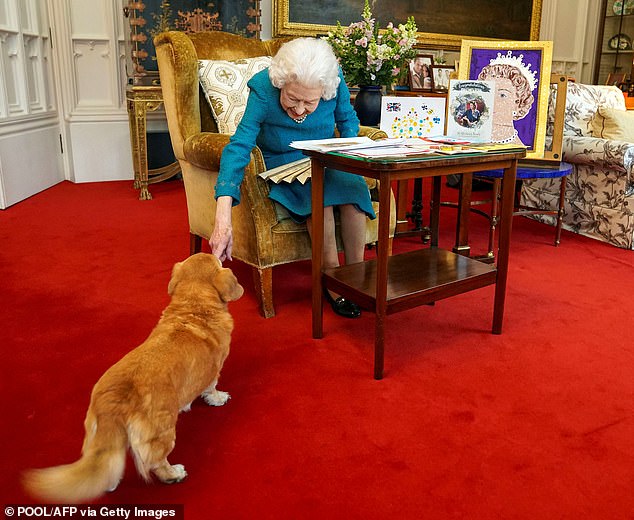 Queen Elizabeth stroking Candy, her corgi dog, as she looked at a display of memorabilia from her Golden and Platinum Jubilees, in the Oak Room at Windsor Castle in 2022 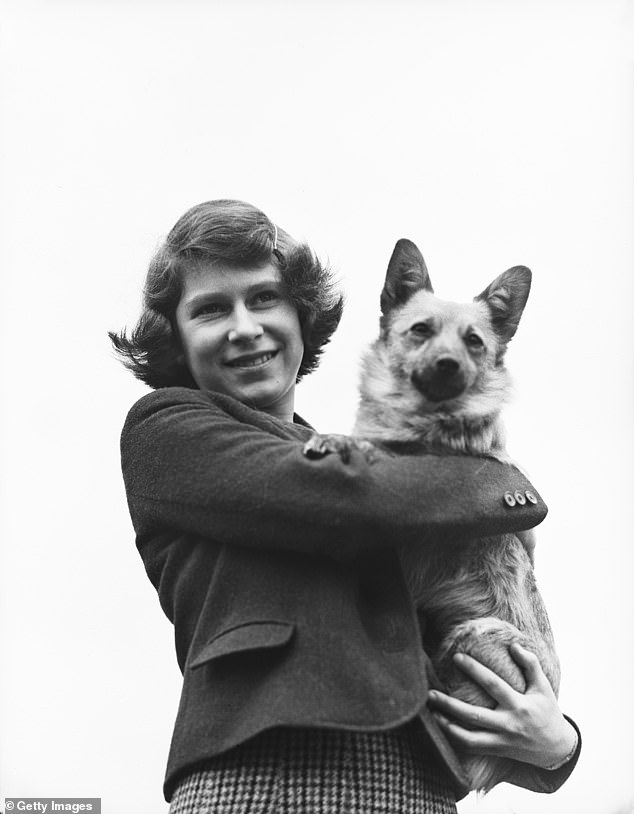 While one Corgi owner suggested: ‘When speaking of the Queen’s passing to corgis, use Welsh to avoid confusion. Morning – boreu. Mourning – galaru.’

The posts have now been shared on Facebook and have collected hundreds of likes and dozens of comments from social media users who were left baffled by the remarks.

Emma Morgann said: ‘Oh my days. Are there really people like this in the world?’ 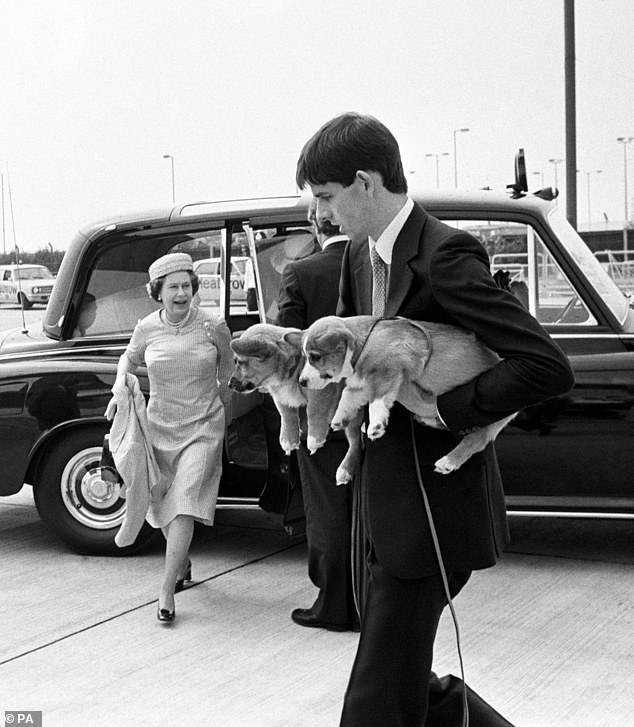 Throughout Queen Elizabeth’s 70-year reign, she became known around the world for her love for Pembroke Welsh Corgis, turning the dogs into a symbol of British royalty (pictured in 1981) 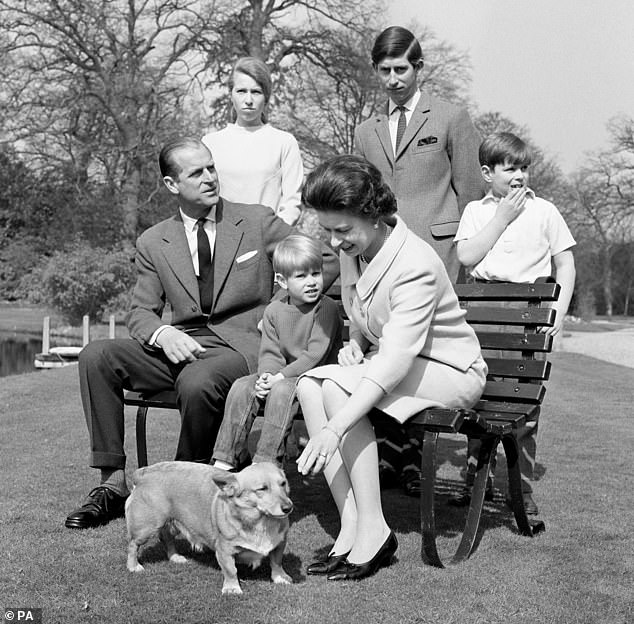 The Queen petting a Corgi as the Royal Family were posing in the gardens at Frogmore, Windsor in 1968 ( The Queen, Prince Edward, Prince Philip, Prince Andrew, Prince Charles and Princess Anne)

Throughout Queen Elizabeth’s 70-year reign, she became known around the world for her love for Pembroke Welsh Corgis, turning the dogs into a symbol of British royalty.

In 1944, the Queen announced she had been given a Pembroke Corgi puppy, Susan, for her birthday and the breed jumped in popularity by 56 per cent.

She now leaves behind four royal canines; two corgis, Candy and Muick, a corgi-dachshund cross – or ‘dorgi’ – named Sandy, and her most recent addition, Lissy, a cocker spaniel she named after herself.

While the future of the pets is unclear, a royal biographer has said that they may be passed on to Prince Andrew and his daughter Princess Beatrice.