Redefining the term shotgun wedding! Couple gets married 30 SECONDS before their baby was born – so they didn’t have to list each other as ‘fiance’ on their son’s birth certificate

A man and woman have tied the knot in an impromptu wedding ceremony just 30 seconds before welcoming their first child on Memorial Day.

Michael Gallardo and Marie Margaritondo, from Westfield, New Jersey, were due to get married in a small, intimate wedding a few weeks before their baby son, also called Michael, was born.

However, when Marie’s water broke three weeks earlier than the couple expected on Monday, May 27, they needed to improvise. 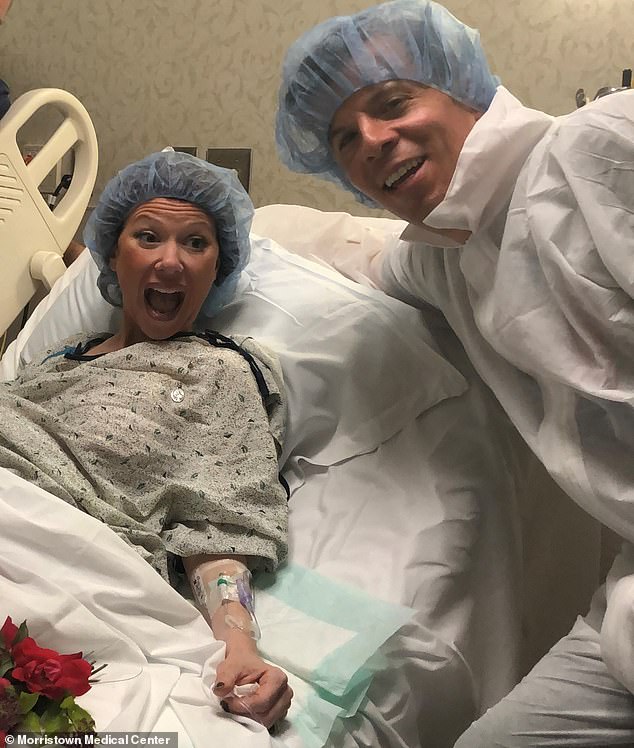 Wow! Michael Gallardo and Marie Margaritondo wed in an impromptu ceremony in hospital 30 seconds before their baby was born after the new mother’s water broke unexpectedly 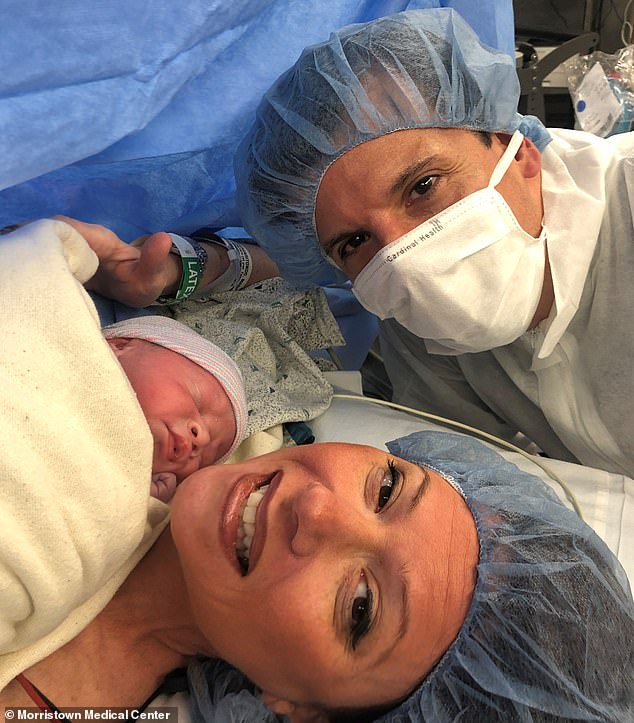 The new mother was rushed to Morristown Medical Center, where she tied the knot with her now husband less than one minute before giving birth.

The couple’s reason for getting married before they had their child was because they didn’t want to list each other as ‘fiance’ on the baby’s birth certificate.

Therefore, they asked staff at the hospital if they could get married right there and then, as they already had their marriage license.

Much to the couple’s delight a chaplain, who happened to be on-call at the hospital, performed the wedding ceremony for the couple.

The couple were surrounded by their closest friends and family as they tied the knot, which made the ordeal even more special.

After officially getting married, the couple prepared for another major milestone.

Just 30 seconds after the couple shared their first kiss as a married couple, it was time for Marie to have the baby.

She was rushed to the operating room where medics performed an emergency Caesarean section – a process in which surgery is used to deliver a baby.

Speaking about the experience, the new father praised the workers at the hospital for their hard work and dedication to grant he and his partner’s wishes.

‘The nurses were scrambling,’ Michael said. ‘One was trying to get ordained online, one went outside and picked flowers for a bouquet, others were monitoring Marie and the baby’s vitals.

‘They were like angels – meant to be there,’ he said of the staff and the chaplain who performed the ceremony for himself and Marie.

Describing the wedding ceremony itself, Michael said it was ‘beautiful’.

‘It was like a real ceremony,’ he said. ‘Our moms were there. We had flowers. We exchanged vows.

‘It was beautiful,’ Michael, who said Marie was rushed into the emergency room ‘less than a minute’ after he kissed her, added.

Marie said she can’t believe what happened, and that she is happy about how the situation unfolded.

‘We could not be more blessed and more grateful. I can’t believe this is our story,’ the mother-of-one added.