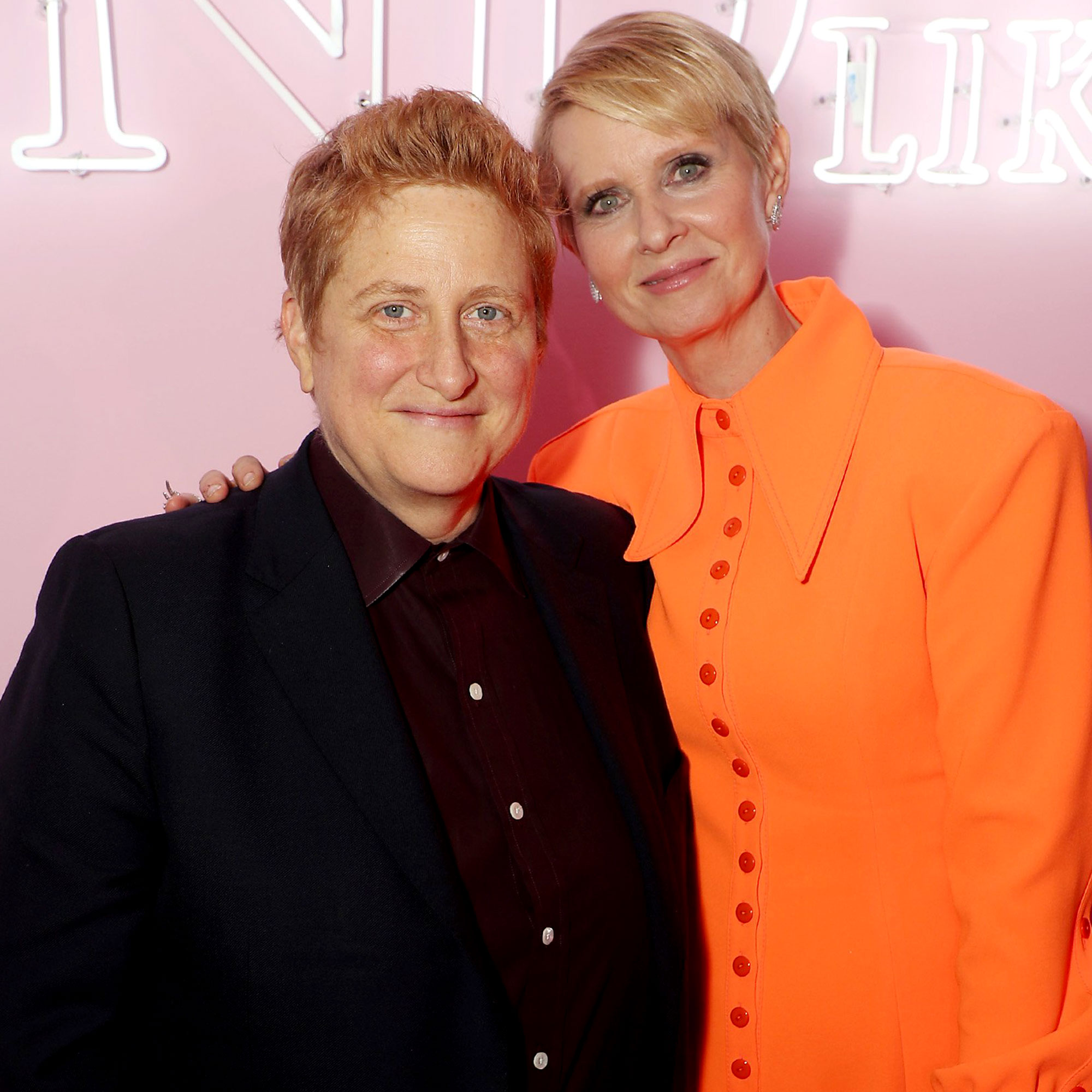 “[Writer] Samantha Irby was telling us all about that scene before we ever got to read it,” Nixon, 56, told Bowen Yang in a conversation for Variety on Saturday, June 18. “Having a queer woman in the writers’ room writing this queer sex scene, my wife was like, ‘I know it’s going to be hot, and I know it’s going to be real.’”

In the SATC spinoff series, the New York native’s character, Miranda, falls for nonbinary comedian Che Diaz (Sara Ramirez) despite still being married to Steve (David Eigenberg). Nixon told Variety that she doesn’t think Miranda entering a queer relationship was a shock to fans of the show.

“Even though she was only really interested in men, I think that Miranda had many other queer and frankly, lesbianic qualities about her,” the Emmy winner said, adding that her character was “a stand in for the gay women we didn’t have” in the original SATC series.

“Miranda has always grappled with power, and female power versus male power, and women getting the short end of the stick and that’s a big issue for women who are queer. I think not having to be under a man’s thumb has always been one of the very appealing things that being with another woman has to offer,” Nixon explained.

‘And Just Like That’ Season 2: Everything We Know So Far

The Quiet Passion actress’ real-life experience is not dissimilar to Miranda’s. She was married to a man, Danny Mozes, from 1998 to 2003 before she met and fell in love with Marinoni. The couple exchanged vows in New York City in May 2012 after welcoming their son, Max, in February 2011. The former gubernatorial candidate also shares two children with her ex-husband: Samuel, 25, and Charles, 19.

Nixon talked about her experience marrying a woman after previously identifying as straight during a 2020 interview with Attitude.

“Falling in love with my wife was one of the great delights and surprises of my life, but it didn’t seem like I became a whole new person, or like some door had been unlocked,” she told the outlet. “It was like: ‘I have fallen in love with different people in my life and they’ve all been men before. Now this is a woman and she is amazing.’”

The Amadeus actress added, “I could call myself a lesbian, gay, bisexual. But none of them seems really particularly right. To say ‘queer’ means, ‘I’m over there, I don’t have to go into the nuances of my sexuality with you.’ I feel like ‘queer’ is an umbrella term, and it includes my formerly straight self too.”

And Just Like That showrunner Michael Patrick King confirmed in March that the series will return for a second season. “I am delighted and excited to tell more stories about these vibrant, bold characters — played by these powerful, amazing actors,” King said in a statement.

‘Sex and the City’ Drama Through the Years: A Timeline

The showrunner also added that Che will return for season 2, despite many fans disliking the new character. “One of my burning passions about season 2 is Che. I want to show the dimension of Che that people didn’t see, for whatever reason — because they were blinded, out of fear or terror. I want to show more of Che rather than less of Che. Like, really,” he said.