One dad is using public shaming for a neighbor who allegedly reported his family’s tree fort to their homeowner association.

The dad, who goes by the first name Dave, printed out a scathing letter that condemned his neighbor’s tattling, according to a snapshot uploaded to Reddit’s “Facepalm” forum – a subreddit that’s dedicated to sharing “the stupidity of people online and IRL.”

Sporting a plastic sheet cover and two green tacks that were hammered into the offending tree, the open letter confronts the anonymous neighbor who reportedly tipped off the HOA.

“Dear Anonymous Passerby,” the letter begins. “Don’t worry, you’re safe now! Your act of casual cruelty was successful. The complaint you lodged with the HOA was heard. They had me take down the small treefort that I built on this location with my sons during the pandemic.”

Dave adds: “No longer will its presence offend your walk past my house. Please enjoy your stroll free from the sound of my children’s play and laughter. They are safely back inside now, watching television I’m sure. Enjoy the unobstructed view of my backyard. I will try to keep it up to code.”

The Reddit user who shared the disgruntled note characterized the neighbor as being a “Karen,” a modern-day pejorative used to describe an entitled or unreasonably demanding woman.

With no additional context provided, the Redditor suggested the Karen-like neighbor decided “that children’s fun isn’t enough of a reason to have a treehouse.”

Out of the 3,600-plus comments that were shared under the most, several people took issue with the neighbor’s report while others expressed their frustration with having to deal with an HOA.

“Now they [will] report them for not getting a permit to place that note on the tree,” the post’s top commenter joked, which received more than 6,200 upvotes.

Meanwhile, another commenter shared they were able to challenge an HOA ticket after they documented other potential violations.

“My HOA tried to ticket me for having grass that was above 5 inches until I started measuring everyone else’s grass and sending them pictures. Same with parking on the street,” they wrote. “They’ll leave you alone after that.” 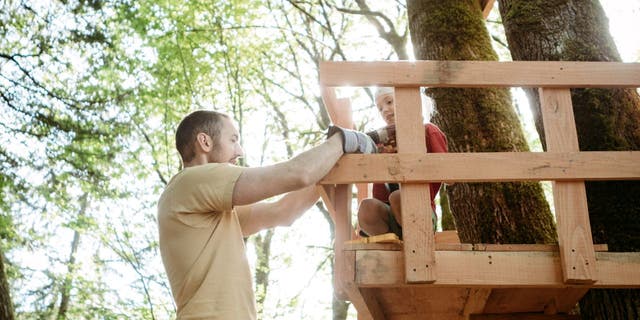 One dad named Dave (not pictured) is using public shaming for a neighbor who allegedly reported his family’s tree fort to their homeowner association, according to a viral Reddit post. (iStock)

One Redditor who is on the dad’s side wasn’t all too pleased with the letter because it appears to admit defeat.

“Dave, Fight back. Don’t let the Karen win. Take over the HOA and change the rules. Work from inside the system if you must,” the user pleaded. “Don’t let the children down. I really really need to know you didn’t let this idiot have her way.”

Although most commenters sympathized with Dave’s plight, not everyone let him off the hook.

“For clarity, was the treehouse built on this person’s property, or in the woods? Who owns the woods?” One Redditor asked.

“This is really the critical question, and it seems pretty clear that it is not. In my brother’s neighborhood, a couple of neighbors built a big ‘park’ in a common area behind their houses… It was actually very unsafe,” another user replied. “Major, major liability concern for the HOA. And they kept claiming their homeowner’s insurance would cover it. Uh, no. Your insurance doesn’t cover common areas.” 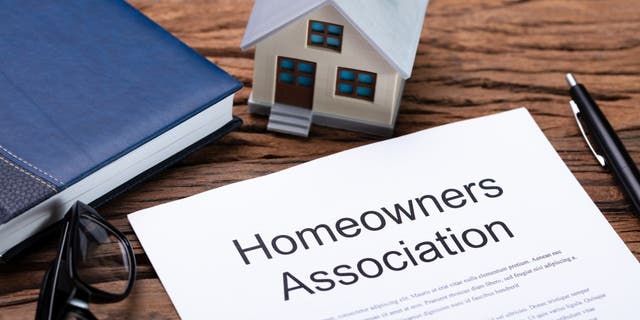 Homeowner associations are private community-run associations that are structured within a real estate development. (iStock)

Similarly, a Redditor who claims to be an HOA president chimed in to say that homeowners can’t build structures outside their property line.

“We had people cutting down trees to build a huge ‘tree house’ in our common area. That’s not OK,” they wrote. “You don’t get to just go to the common area with an axe, start chopping down trees, and build an unsafe, rickety liability because you feel like doing so.”

Homeowner associations are private community-run associations that are structured within a real estate development. An HOA is generally responsible for managing grounds keeping, communal areas and enforcing neighborhood rules that need to be followed by homeowners, according to a guide from Bankrate.

The personal finance resource advises homeowners who are dissatisfied with an HOA rule violation to communicate with the board for a potential appeal. Alternatively, homeowners can consider joining the HOA as an active member, which could offer voting power and rule proposal opportunities.