A ROOFER who ballooned to 28st by guzzling six litres of Coke, six cans of Red Bull, two cans of Stella and two bottles of red wine every day shedded half his weight in a year.

Lee Ashman, 46, was fit and healthy in his 20s but the sudden death of his stepdad from a brain haemorrhage saw him spiral out of control and turn to alcohol. 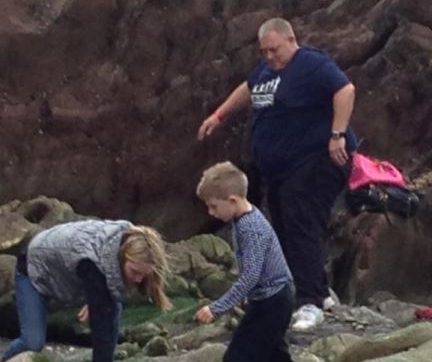 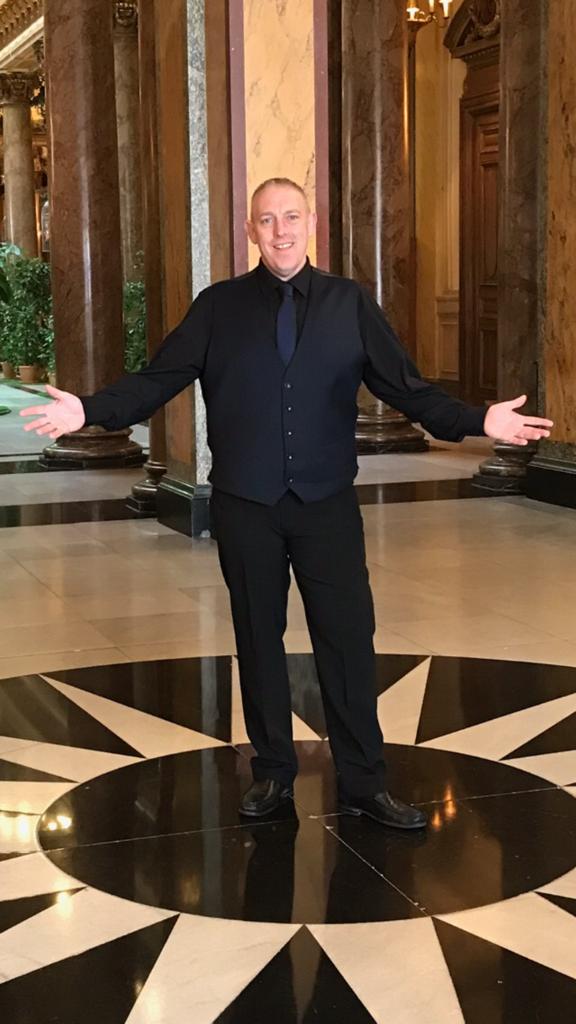 The tragic loss saw Lee, who is 5ft 10in tall, begin "killing himself with booze and food" and he weighed 28st 4lb, wore 8XL clothes and had a 58in waist at his biggest.

Lee, from Brentwood, Essex, also reveals he ate himself out of a job, because the ladders could no longer hold his weight.

He said: "The ladders I used started to visibly bow when I climbed them and when I checked – they were only supposed to support up to 26 stone.

"Customers would openly laugh when I turned up saying I was going to climb on their roof."

He said: "My wife Emma called me when I was at work saying I had to rush to Tesco – she’d left my stepdad Stan in the car with our kids while she was shopping and been called to customer to services saying something bad had happened.

"Stan was more like a best friend than a relative to me and he had suffered a brain haemorrhage.

"We didn’t know it until we got to hospital but he’d actually died in the car. He was just 47 years old.

"I just couldn’t compute how this had happened. I didn’t acknowledge it at the time but I was ripped to pieces."

After the tragedy, Lee – who growing up had always been fit and active and loved martial arts and the gym – turned to alcohol.

He said: "Leaving hospital, I stopped off for two cans of Stella – the first drink I’d had in months – and from that day I was a changed man.

"Emma didn’t want to confront me because she thought this was just a temporary change in me as I grieved, but soon I was basically killing myself with booze and food.

"I’d have a massive fry up at the cafe for breakfast, a huge portion of chicken and chips for lunch, a takeaway at night, and countless bags of crisps and packets of biscuits between meals.

"But that wasn’t the worst part.

"I’d drink up to six litres of coke a day, a six-pack of Red Bull, and when I got home I’d have two cans of Stella followed by two bottles of red wine – every single day.

"I’d even polish off a whole can of Pringles on my own every night with my wine.

"The only other liquid I’d ever drink was the occasional cup of tea, but that was just to dunk biscuits in."

Lee, who has children Bradlee, 11, and Keylee, 17, suffered health problems including sleep apnoea – and needed the loo ten times a night.

He said: "Emma would panic when I wasn’t breathing, then I’d gasp as if a bag had been taken off my head.

"I was about as unhealthy as I possibly could be – and while I knew I was killing myself – I couldn’t get out of the rut. I thought I was past the point of no return and didn’t care.

"My son Bradlee has always been in to his boxing, but I could only sit and watch from a distance and never help him train – I didn’t even have the energy to go to the park with my kids."

But after an intervention from his wife Emma, 40, in November 2016, Lee lost over half his body weight and has never felt happier.

She signed him up to see a weight loss consultant and after hitting his target weight in just a year, he now weighs 14st 2lb, wears a size large and has 34in waist.

Lee's diet before and after his transformation

Breakfast: Full fry up. Sausage, bacon and egg with rounds of toast

Dessert: Apple pie and custard, then a whole family-size bar of chocolate

Drinks: 6 cans of Red Bull, 6 litres of coke, 2 cans of Stella and 2 bottles of red wine. Maybe a cup of tea mid-afternoon with biscuits

Drinks: Minimum of 3 litres of water a day, and hot water with lemon

He said: "She told me she’d looked online and booked me in to see a local weight loss consultant. The sense of relief I felt was crushing, like I’d been waiting years for this day for someone to rescue me from myself.

"We met Mandy from the Cambridge Weight Plan at her clinic for a one-to-one chat where she asked me about my motivation to lose weight and what I wanted to achieve.

"I told her bluntly how sick of my life I was, how I would do anything to change – and how I wanted to be there to watch my daughter get married, to see my own grandchildren, all those milestones I knew wouldn’t happen if I carried on.

"The irony of watching Stan die so young wasn’t lost on me. I knew I was basically following him into an early grave.

"Although I’d have to be carried in a coffin by an eight-man team."

Lee added: "Out went all the Coke, Red Bull and booze, no more crisps, biscuits, fry-ups or takeaways. I’d gone from consuming over 5,000 calories a day to less than 800, and the only liquid that passed my lips was three litres of water a day, or hot water with lemon.

"The weight dropped off me so quickly I knew I was doing something right – very soon I started swimming several times a week, which I knew would speed up the loss and also help tone and tighten my skin – which would be left like a saggy apron around my knees if I wasn’t careful.

"Incredibly, I hit my target just a year later.

What is the Cambridge Weight Plan UK?

The Cambridge diet was developed by Dr Alan Howard at Cambridge University in the 1970s, and was launched as a commercial product in the US in 1980 followed by the UK in 1984.

It involves followers buying a range of meal-replacement products which are said to promote rapid weight loss.

Users can choose from six flexible diet plans ranging from 415 calories to 1,500 calories or more a day, depending on your weight loss goal (which is set for you by an advisor).

The bars, soups, porridge and shakes can be used as your sole source of nutrition or together with low-calorie regular meals.

Depending on your products, weekly cost are around £48.30 but can be as low as £2.30 per meal for three meals.

A very low-calorie diet that involves eating 1,000 calories a day or fewer should not be followed for more than 12 continuous weeks without a break. In this study, dieters started reintroducing foods after that amount.

If you are eating fewer than 600 calories a day, you should have medical supervision and there are protocols in place that your Cambridge consultant must follow to ensure this is sought.

Initial side effects can include bad breath, a dry mouth, tiredness, dizziness, insomnia, nausea and constipation from cutting down on carbs and fibre.

"Soon I was taking Bradlee for training runs around the park, my swimming pals were my new social group, and I’d finish off my day with a hot water and lemon – I haven’t had any alcohol for two years now.

"I’ve honestly never felt happier or healthier. Keylee has even told me she’s so happy I’ll be able to walk her down the aisle – although marriage is a while off yet!

"On the fridge, I still keep a photo of me from before, on the beach with Bradlee, where I look like a washed-up whale, reminding myself of where I was, how I was about to leave my wife a widow and my kids orphaned.

"I can climb ladders with ease now so I can provide for my family and Emma and I have also trained as Cambridge Weight Plan consultants to inspire others to follow our lead.

"I’ve even been named ‘Slimmer of the Year’ and flown to Monaco for a photo-shoot.

"Life has never, ever felt better." 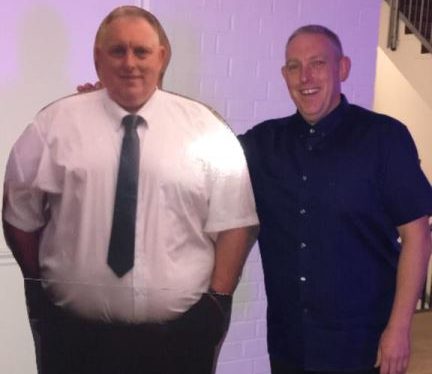 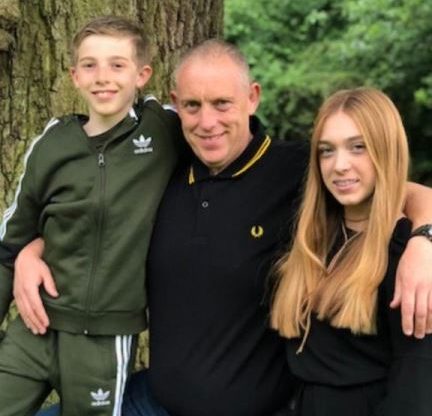 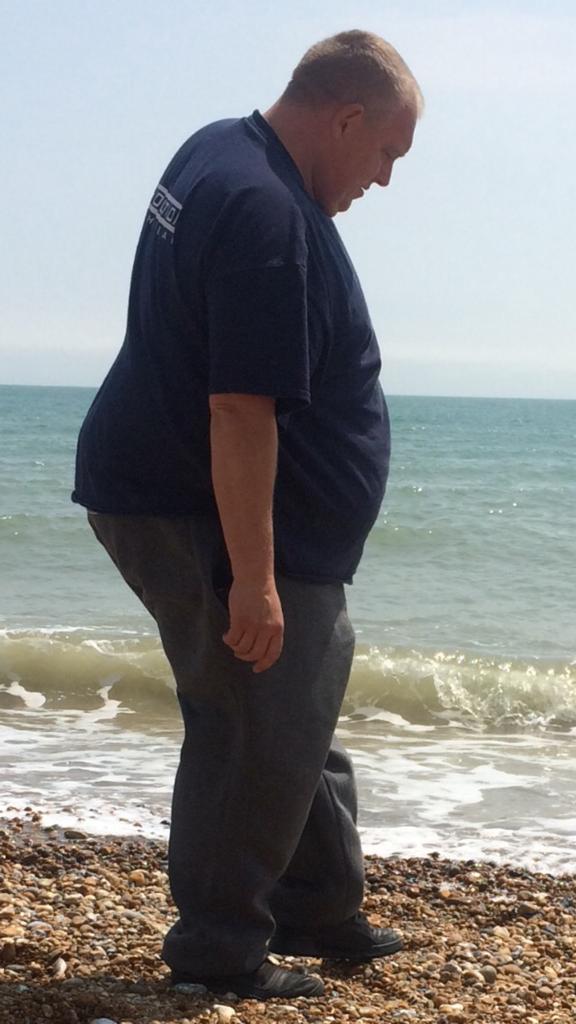 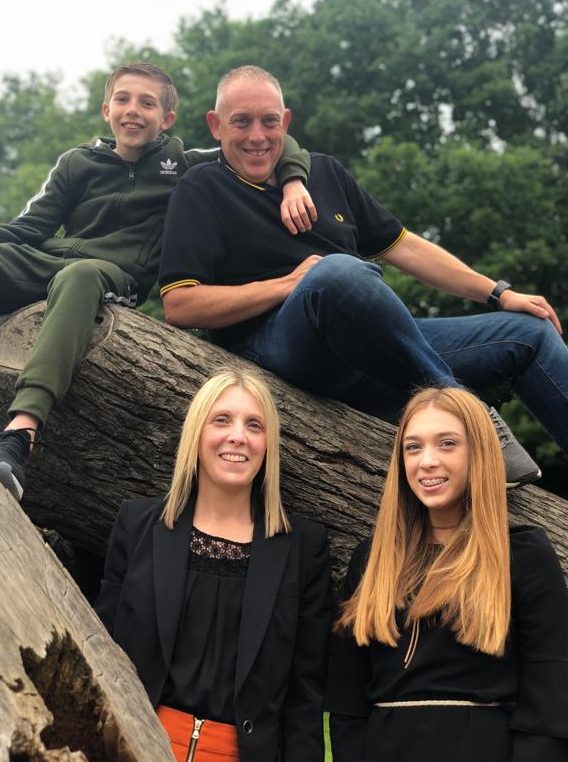 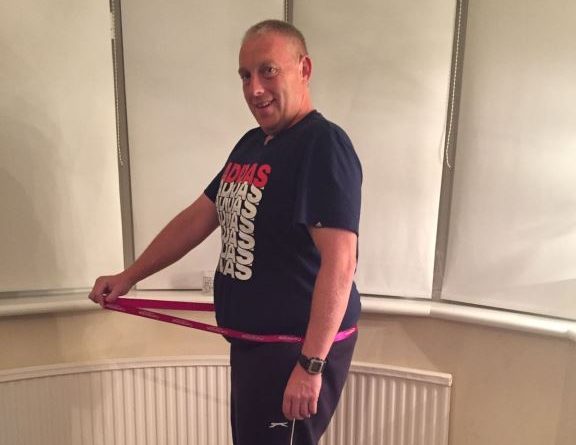 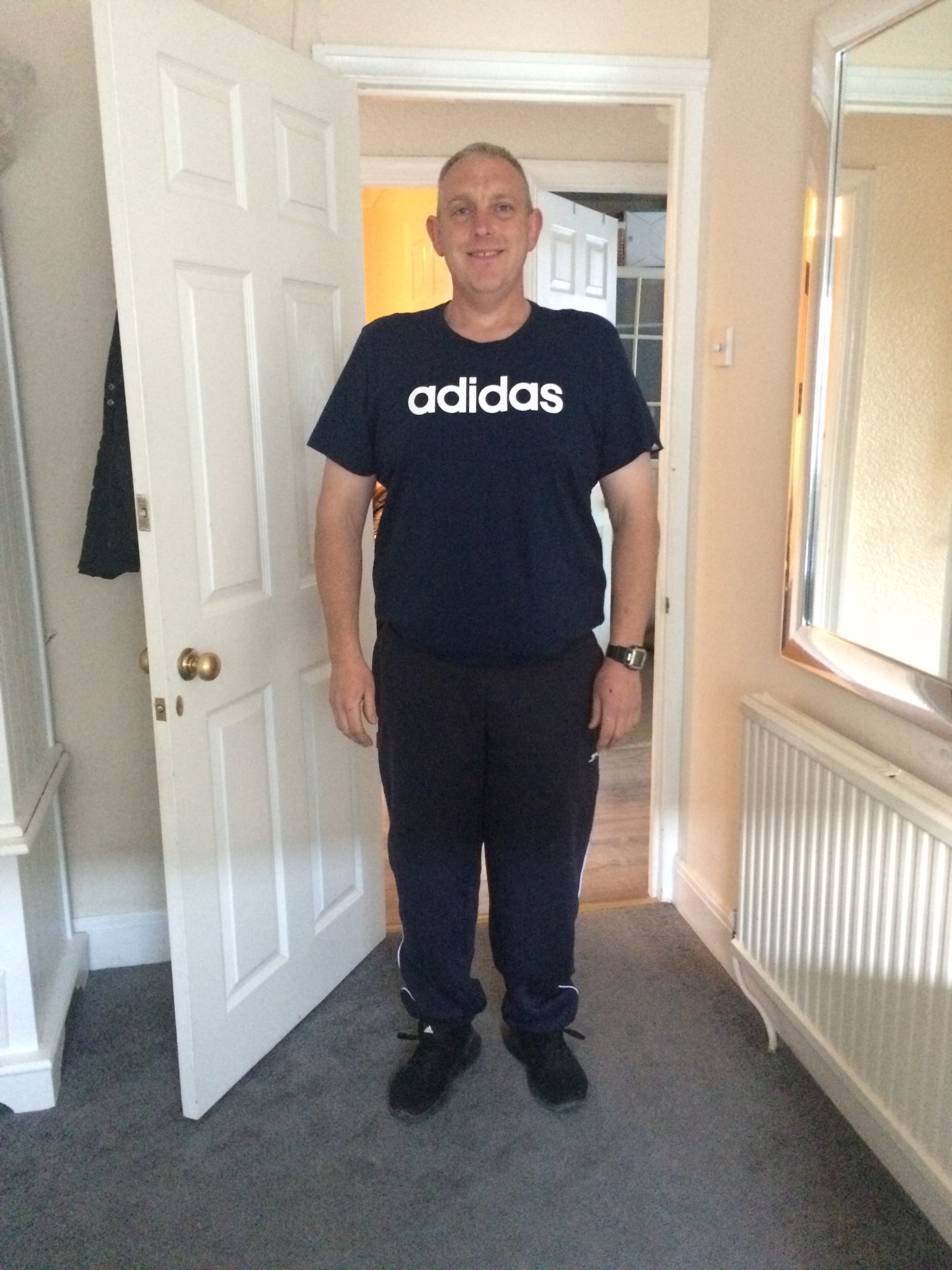 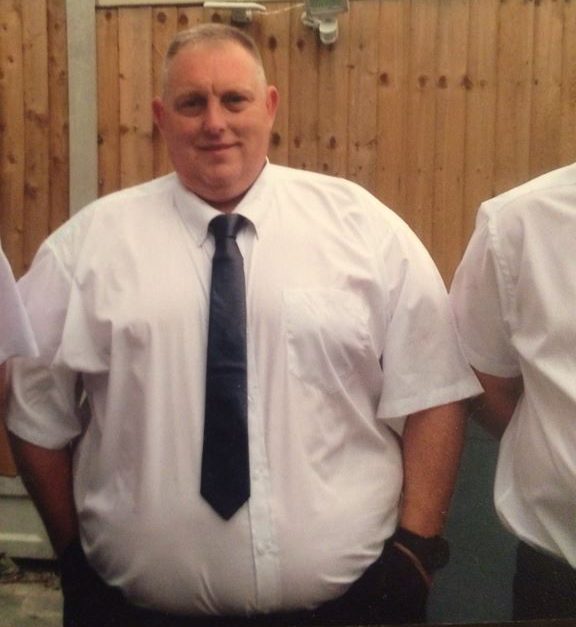