DAN HODGES: ‘British children are starving,’ cry the Left… Then they tell us to give £14billion to the rest of the world

Boris Johnson is heading for defeat on overseas aid. ‘We’re quietly confident,’ says one of the leaders of the Commons rebellion aimed at reversing the £4 billion cut. ‘If these cuts are sustained, they’ll have a devastating impact on some of the most vulnerable people on the planet. But the amount the Treasury will save from this is minuscule. It’s less than one per cent of the overall budget. It’s basically a rounding error.’

Perhaps it is. But while the rebels may win the debate in the Commons this week, they won’t win it in the country.

The most recent poll on the issue is clear: 66 per cent of those who were asked believed that in the wake of the Covid crisis, the cut was justified. Only 18 per cent opposed it.

As one angry Conservative MP told me: ‘There are about 100 people in my constituency who back retaining aid at this level. Everyone else has seen what’s happened with Covid, seen the huge amounts of money we’ve been spending and thinks it’s absolutely right that the Government looks to make a saving in an area like this. Everyone I’ve spoken to is absolutely furious about what the rebels are doing.’ 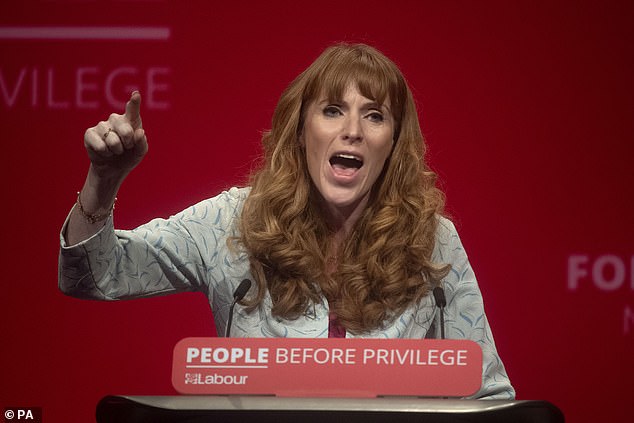 Labour couldn’t contain themselves. ‘A disgrace – you should be ashamed of yourselves, Boris Johnson, Rishi Sunak and the rest of you,’ raged Deputy Labour Leader Angela Rayner

The rebels don’t care. They have the numbers. And, they feel, the moral high ground.

‘We’re not actually rebels,’ one tells me. ‘It’s the Government that are the rebels. We’re just making sure they stick to the manifesto commitment.’

But they should care. Everyone should. Because the divide between the country and the Commons that will be exposed this week is dangerous for us all.

First, it will explode the myth peddled by many on the Left that the nation would emerge from its Covid trial, slip on its sandals, thread daisies through its hair and embrace a new liberal – or even socialist – utopia.

Yes, we gathered on our doorsteps to collectively applaud our doctors and nurses. There has been widespread support for the de facto emergency nationalisation of the UK economy. But that doesn’t mean people now believe the Government has limitless amounts of cash to throw around.

And crucially, after a year of dealing with the ravages of a global pandemic, many think it’s time to focus on priorities at home.

Which is why the PM appears wholly unconcerned about any political backlash from his impending defeat. As one No 10 insider told me: ‘We’re still spending £10 billion on overseas aid, which is a huge amount. We’ll return to the 0.7 per cent [the proportion of GDP pledged to overseas aid in the Tory manifesto] at the appropriate time. But, at the moment, people recognise we are going to have to take some difficult decisions.’

If the voted goes as expected, the Commons chamber will fill with the cheers of the Government’s opponents. But those opponents would do better to reflect. Specifically, on how Ministers – rightly – feel they can announce a replacement for the Royal Yacht Britannia alongside cuts to aid for hungry Syrian children without sparking any significant public outcry. If they did that, perhaps they would also begin to recognise their own part in devaluing Britain’s overseas aid efforts.

Last December, the international children’s charity Unicef announced that for the first time in its 70-year history it was going to begin delivering food parcels to families in the UK. Government Ministers correctly denounced the move as a ‘political stunt’.

But Labour couldn’t contain themselves. ‘A disgrace – you should be ashamed of yourselves, Boris Johnson, Rishi Sunak and the rest of you,’ raged Deputy Labour Leader Angela Rayner. 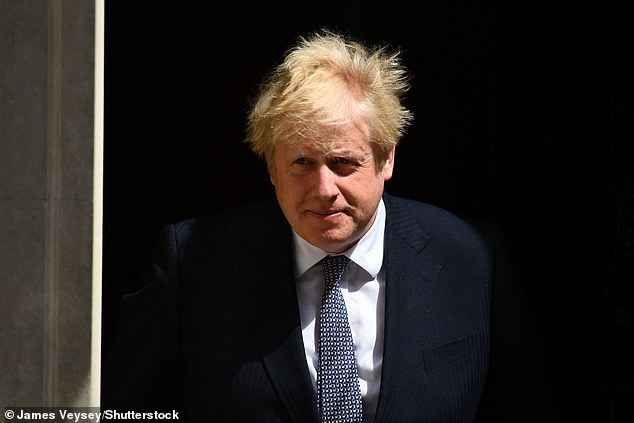 Boris Johnson is heading for defeat on overseas aid. ‘We’re quietly confident,’ says one of the leaders of the Commons rebellion aimed at reversing the £4 billion cut

Her colleague Richard Burgon stormed: ‘Poverty is a political choice. The Government could end UK child poverty by making the super-rich pay fair taxes. It refuses to.’

And so the damage was done.

Unicef – with the help of its gullible allies – had managed to spread the message that ‘British children are starving’.

Which meant that when the focus shifted to Britain’s overseas aid contribution, millions of voters drew the obvious conclusion. If our own are going hungry, the rest of the world will have to wait. Labour had shot itself, and the world’s poorest, in the foot.

This is the reality the Government’s enemies cannot grasp. Every day brings a new effort on their part to portray Britain as a ghetto nation. They lecture on how our children are living off food banks, our streets are riddled with crime, schools are failing, health services are crumbling, our transport system is geriatric, our housing is squalid and the economy imploding.

And then they act with shock and horror when citizens of this nightmarish hellscape have the effrontery to say: ‘£10 billion on overseas aid? That seems plenty to me.’

So rather than take the British people with them, this week our politicians will, I fear, do what they see as the next best thing. They’ll simply ignore them.

‘One Minister I spoke to told me they had polling which shows 81 per cent of people in Red Wall seats support the cut,’ said a leading rebel. ‘But that’s just the old, patronising rubbish. Whenever there’s a humanitarian crisis, it’s people in those same Red Wall seats who are first to respond with charity events and donations.’

This may be true. But there’s no avoiding the fact the vast majority of people do, indeed, back the cut to the aid budget. And any Commons vote to reverse it will be cast in defiance of their wishes.

Yes, Britain is one of the world’s richest countries. We should be able to sustain our global obligations, even in the face of the Covid crisis. And if we cut our aid budget, even temporarily, then a heavy price will be paid by some of those who can least afford it.

But we will still pay a price for this week’s expected vote. Because it will mark the return of so-called ‘missionary politics’.

For years this was the basic principle that underpinned Western governance. It held that the public didn’t always understand what was really good for them. But that to implement lasting change, there were times when the popular will would have to be circumvented.

And then, by Election time, voters would come to recognise what was done had been in their best interest. Or, perhaps, they might just have forgotten.

We know how that turned out.

Here, people took back control via the relatively benign Boris Revolution. In the United States, it came in the form of Donald Trump. In France, it was Emmanuel Macron, who, in turn, now has the populist Right-winger Marine Le Pen snapping at his heels.

But the country will notice. The cheers of those celebrating the Government’s defeat will echo as far as Bolsover and Bishop Auckland and Hartlepool.

And when it does, the divide between the people and their politicians that narrowed after Boris successfully delivered on his pledge to get Brexit done will begin to widen again.

On Friday, former Prime Minister Sir John Major joined the rebels in urging a reversal of the overseas aid cut.

By doing so, he said that the UK could ‘re-establish ourselves as a nation that keeps its word’ on the international stage.

Sir John is right. Our politicians do need to keep their word to the world.

But they need to keep their word to their own people as well.