A dangerous heat wave, even as measured against the standards of the often-scorching Southwest, is in the process of developing now and will continue to intensify this week. This comes on top of the worst drought across the western United States in modern history.

Not only does the heat pose a health risk, but the hot weather and drought combined means the ground will only further dry out, making for tinderbox fire conditions. Right now a record-shattering 27% of the West is in “exceptional drought” — the highest category. The 20 year record since 2000 was only 11%.

The early season heat wave is being caused by a large upper-level heat dome centered from the Rockies into Canada. It is so strong for this time of year that it will challenge all-time June records for intensity early this week. Its core spreads westward into California by Wednesday and Thursday. 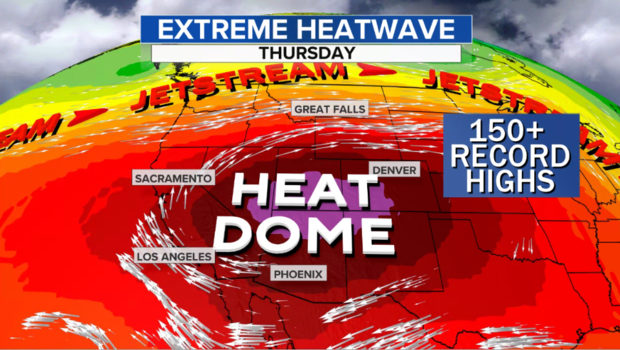 Daytime highs will range from 15 to 30 degrees above normal over about a third of the nation.

On Monday the heat dome will be centered over the Rockies. 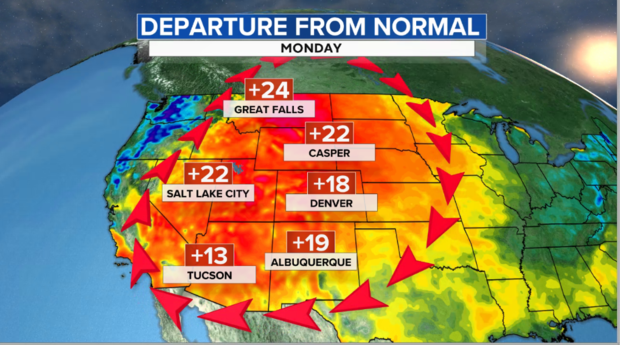 From Monday through Friday, at least 150 record high temperatures will be challenged. Highs will soar to over 105 degrees Fahrenheit in parts of Montana and 120 degrees for parts of the deep Southwest. 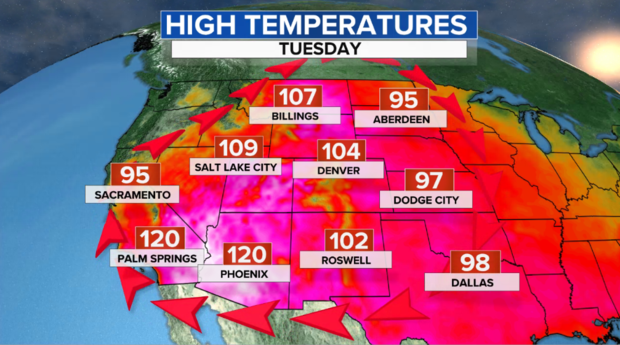 The hottest days look to be Wednesday and Thursday as the dome centers itself over the deep Southwest and California. Temperatures will exceed 120 degrees in the desert areas and likely hit 115 in the valley region of California. 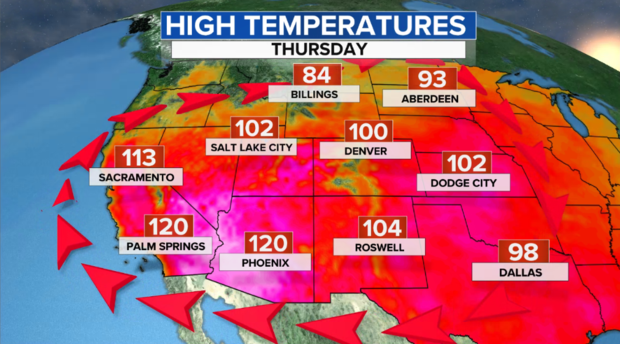 Death Valley is forecast to reach or exceed an extreme 127 degrees Fahrenheit four days this week.

Death Valley will see some of the highest temperatures ever recorded on Earth next week as an exceptionally intense ridge builds over the Southwest.

Currently, @NWSVegas is forecasting the hottest part of the valley to hit 127 F or higher on 4 consecutive days! #CAwx pic.twitter.com/POf9yH0vKl

Last August that same reporting site in Death Valley hit 130 degrees, the hottest it has been in over 100 years, and some argue the hottest temperature ever recorded on Earth. This week’s heat will rival that astonishing feat.

The fact that heat waves and drought are more often reaching uncharted territory is not coincidence, it’s climate change. As seen in the NASA illustration below of a normal distribution of temperatures, or bell curve, as the average temperature of the planet warms, the curve shifts right. This pushes a large portion of the curve into extreme territory.

What was unusually warm in the 1950s is now normal.

What was extremely warm in the 1950s is now just unusual.

What was impossibly warm in the 1950s is now possible.

A study released last September found that concurrent extreme heat and drought are occurring much more often across many parts of the globe. In the West, the type of heat wave and drought combination that used to occur perhaps once in 50 years now occurs about five times in a 25-year span.

On average, since 1970, temperatures in the West have increased by 2 to 4 degrees Fahrenheit, fueling more extreme heat waves. The excess heat dries out the soil and vegetation, leading to more intense droughts and much higher risk of intense wildfires. 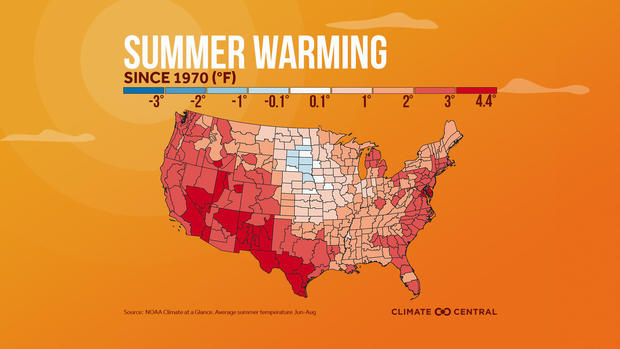