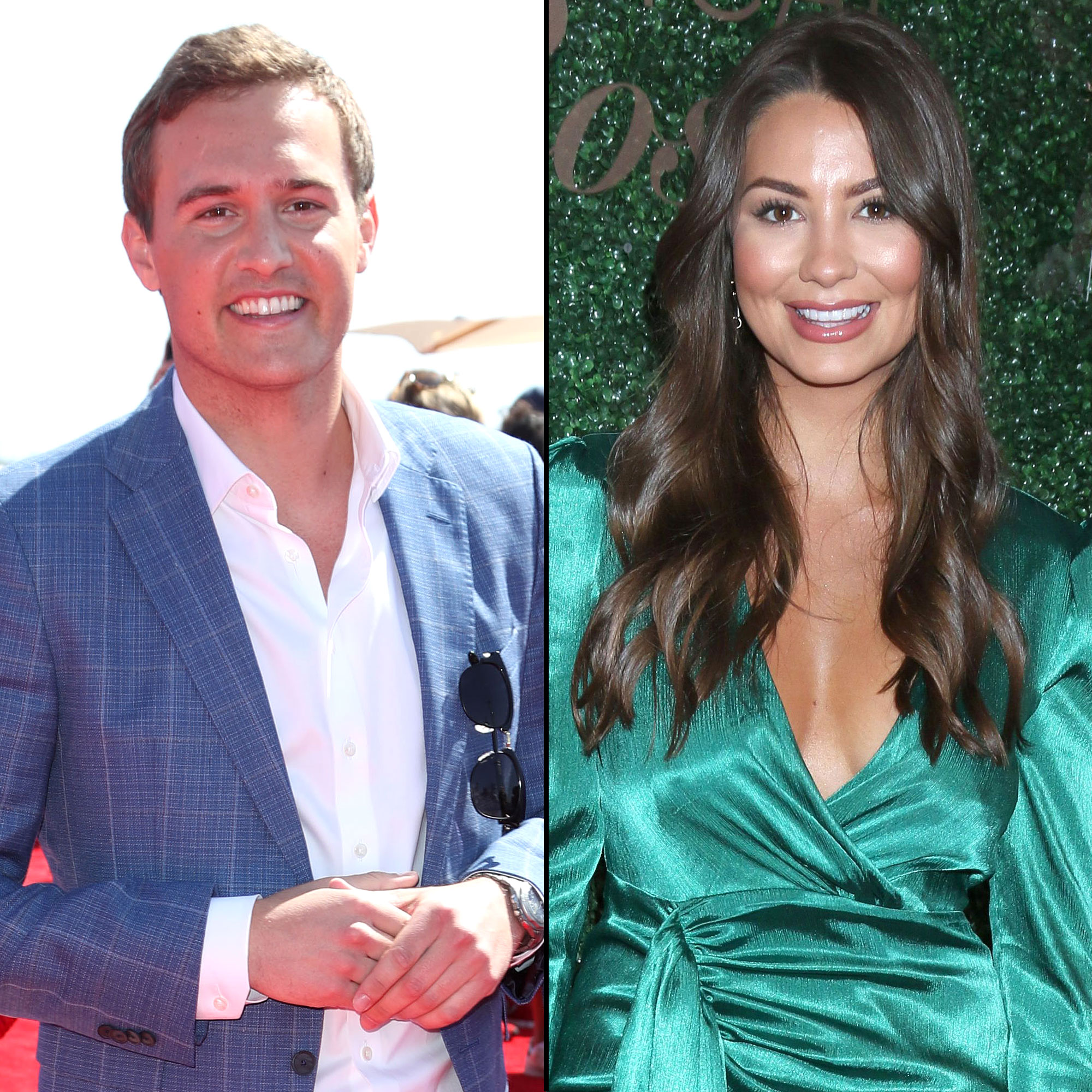 After Peter Weber and Kelley Flanagan rekindled their on-and-off romance, the pair are making things official with a formal outing.

Back On! Peter Weber and Kelley Flanagan’s Official Relationship Timeline

The United pilot shared a brief look at the couple’s New York City date night via his Instagram Story, sharing selfie footage of the pair in their fancy ensembles. While Weber looked dapper in a black tuxedo, the attorney stunned in a strapless gown.

While the couple have not further addressed their rekindled romance, Us Weekly confirmed last month that the pair were “full-on back together.” A source exclusively revealed at the time that they reunited this summer and have been “spending a lot of time together” with the Bachelorette alum planning “fun dates” for the couple.

Bachelor Nation Couples Who Got Together Outside the Show

“Peter wants to be in a serious committed relationship, and his feelings for Kelley never went away,” the insider added. “They’re both happy and looking forward to where things go this time around.” 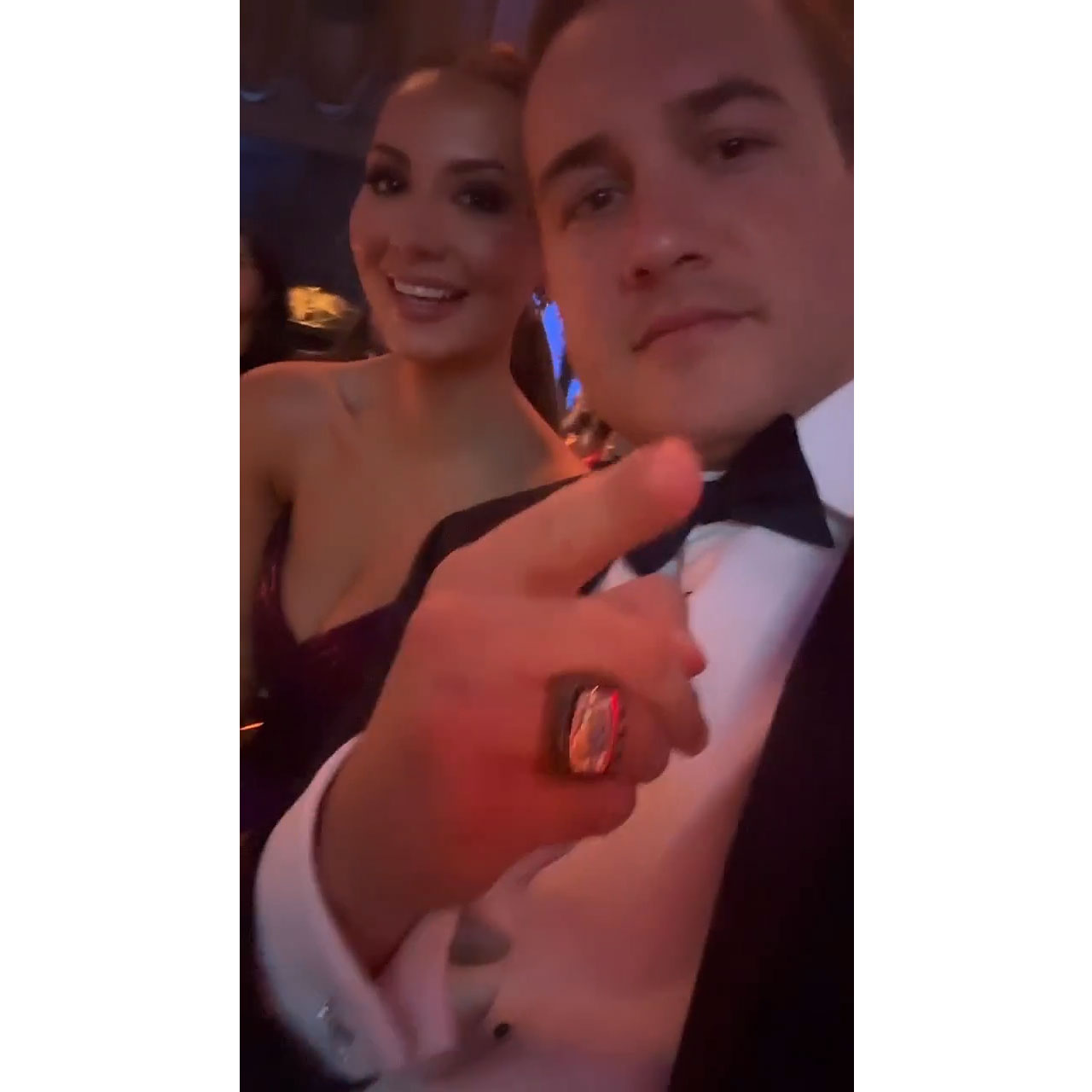 The happy couple initially connected shortly before Weber was chosen to lead season 24 of the ABC dating series in 2019. The Adventures of Pilot Pete author was eventually shocked to see the Chicago native on Night 1 at the Bachelor Mansion, where she revealed she was interested in further pursuing their connection.

Despite a solid foundation and an early one-on-one date, Weber eventually sent Flanagan home before hometown dates. The reality TV star proposed to Hannah Ann Sluss by the finale, only to call off their engagement several weeks later after realizing he still had feelings for Madison Prewett. Shortly after Weber and the Alabama native, 26, broke up, he moved on with Flanagan.

While the twosome initially planned to move to New York City together amid their blossoming romance, they eventually split in December 2020.

“Love is a funny thing. It can make you feel on top of the world and it can make you feel a pain you wish didn’t exist. I’m here to share that Kelley and I have decided to go our separate ways,” the California native wrote via Instagram at the time. “While our relationship was filled with countless beautiful memories, our relationship simply didn’t work out in the end. Kelley is someone I will always have a special love for. Someone I have learned more from than she will ever understand. Someone I am so thankful came into my life and someone who I will always wish all of life’s greatest blessings on.”

Ahead of their reunion, Flanagan was diagnosed with Lyme disease last year, which makes the couple’s Thursday outing at the Global Lyme Alliance benefit even more personal.

‘Bachelor’ and ‘Bachelorette’ Leads Who Dated Their Former Suitors Post-Split

“There was a couple of days where I was struggling,” the Florida resident exclusively told Us in September 2021 of her illness. “It’s hard because a lot of people see me and they’re, like, ‘She doesn’t look sick,’ and energy-wise, like, I seem fine and all that stuff. But there’s definitely waves that come with it, and I think that’s been the hardest thing. You get the comments of, ‘Oh, well, Kelley doesn’t have chronic Lyme anymore because she’s taking a photo here.’”

She added: “I don’t think there’s enough awareness around this, and that’s why I’m definitely going to talk about it more just to let people know what it is, what the symptoms are, how you feel — because it is manageable. It’s just, like, you always [kind of] feel like something’s a little bit off but not all the time. I think a lot of people have it and they don’t know.”