Some topics are so hideously difficult to research that any author who chooses them deserves an award for chutzpah. What if the writer is a complete outsider to the area? Add an elephant stamp. Such is the case of Naomi Wolf, who after hugely successful books on feminism and, latterly, left-wing politics, has ventured into queer history.

Outrages focuses on the Victorian era, when the penalties for what is now legal were severe — from the penal to the personal. Consider Oscar Wilde, a butterfly famously broken upon a wheel. Consequently, the source matter is either hidden or heavily coded, if not destroyed altogether.
Anyone working in the area can expect long hours in the archives. 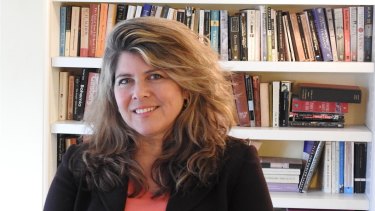 Yet what is emerging fascinates, showing a past that is a different country indeed. An important aspect is how homosexuality (a word coined only in the 1860s) was defined: as an act rather than an identity. In 1800 that act was sodomy, a capital offence for centuries, but hard to prove. In 1885 the Labouchère Amendment criminalised "gross indecency" between men, more easily proven. Ten years later that law snared Wilde.

By Wilde’s trial a "gay" identity was forming, and Wolf’s book is partly an examination of this change. The book focuses on two men, of differing fame and talents, a celebrity author and the fan who found him life-changing. The American poet Walt Whitman – born 200 years ago this week – was celebrated, then and now; John Addington Symonds was similarly a poet, but covertly a homosexual activist and autobiographer. Although a successful writer, much of his work was unpublished or bowdlerised. His pioneering memoirs only appeared unexpurgated in 2016, and Wolf describes her excitement here at reading it for the first time.

Where Whitman was exuberantly sexual Symonds was delicate and guarded, with good reason: he was married with four daughters. Symonds also had several close shaves with homosexual scandal and saw its cost. Whitman inspired him to seek justification and precedent for his loves in classical antiquity. Both men became iconic, Symonds belatedly. They were chalk and cheese, as important to gay rights as Wilde — although neither became victims. 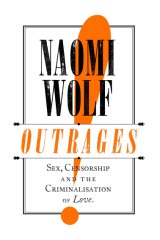 Literature and social change meet here, Wolf noting how influential reading was for the Victorians. She charts a period of increasing censorship, with law used against the individual and their writings. Gay men, female sex reformers, publishers all suffered. Wolf makes the obvious comparison to today, showing how fragile freedom can be.

The book began as a PhD thesis at Oxford University, where Wolf had been a Rhodes scholar in the 1980s. Theses do not always make good commercial product, but Wolf is a bestseller, experienced in flowing, articulate narrative. However, she is not always known for accuracy. An Oxford thesis is vetted, with a viva, which should be sufficient fact-checking. Not in this case.

Controversy began on the BBC, a gotcha moment during a radio interview last week with Dr Matthew Sweet. Wolf asserted men were executed for sodomy during Victoria’s reign; Sweet corrected her on air. Wolf had taken the judicial sentence "Death Recorded" literally, when it signified that though the crime was capital, that penalty would not be enforced.

Wolf’s examples were English, but in colonial Melbourne one man was sentenced to death for sodomy, John Wilson in 1863. His crime had been soliciting in a crinoline. For that his reprieve meant hard labour for life, and he died in prison three years later.

Sweet vs Wolf proved sensational publicity. Wolf did not help her case when she tweeted in defence an article by A. D. Harvey, the hoaxer who got his fictitious Dickens-Dostoevsky meeting accepted by three Dickens biographers. At last Twitter inspection, Victorianist Lee Jackson had taken issue both with Wolf’s crime statistics and history of sanitation.

Needless to say publicity, even if bad, benefits Wolf: she tweeted that three weeks before US publication, Outrages was an Amazon top-20 hit. She added that her "two" errors were being corrected in the e-book and new print runs. Um, more than two. The pedant from Hell notes that the man who coined the term "homosexual" was the Austro-Hungarian Karl-Maria Kertbeny, not Wolf’s Prussian Ketelby. And my copy of Outrages is not an uncorrected proof!

More concerning is how Wolf posits advances in women’s legal rights from the 1850s resulting in a backlash against gay men, with increased prosecutions and persecution. History can be chaotic and perverse, but the upswing came 30 years later, post-Labouchere. His amendment made it both easier to convict homosexuals, and also blackmail them — Wilde’s rentboy blackmailers testified at his trial.

If the devil is in these details, then conversely the book as a whole is on the side of the angels. For the non-specialist in Victoriana it provides a sweeping pageant of the past, in which change is thrillingly conveyed. The true Victorian values were sex, drugs and reform, and 1800-1900 saw an immense expansion in human rights. If they took another century to include homosexuals, then this quest began by gaslight. Whitman enlightened Symonds, an artistic exemplar; and Symonds produced a historical and theoretical justification for gay rights.

Whitman has been well covered elsewhere, Symonds less. He emerges from Wolf’s account as truly heroic, a frail and tubercular man brutalised by "fagging" (in both senses) at Harrow school, who fought manfully against his desires, then accepted them.

His work was namechecked by Fergus Hume, the author of Melbourne best-seller The Mystery of a Hansom Cab. Hume was also a man who avoided disgrace for his sexuality, despite being blackmailed. Wilde was not the only gay in the Victorian village, and the stories of many others, such as John Wilson, remains to be told.

Not least, Outrages is a paean to books, libraries and bringing history alive for a new audience. It will be widely read, with and without controversy, and provides a magic lantern into a past both rich and strange.

Lucy Sussex's most recent book, Blockbuster, the story behind Fergus Hume's The Mystery of a Hansom Cab, is published by Text. She is now researching Hume's gay life.