Princess Charlotte and Prince George joined the rest of the Royal Family for the Trooping the Colour celebrations yesterday.

Royal watchers saw Prince Louis steal the show with a royal wave on the balcony of Buckingham Palace.

And Meghan Markle making her first royal appearance since the birth of her and Prince Harry’s son, Archie Harrison Mountbatten-Windsor.

But these weren’t the only things to catch everyone’s eye during Her Majesty’s celebrations.

Charlotte, four, was spotted excitedly waving at the crowd with both hands during the RAF flypast on the Buckingham Palace balcony.

This mimicked big brother George’s iconic double wave to the cameras during the royal visit to Canada in October 2016.

Kate and William’s children were in high spirits as they gathered on the balcony to watch the ceremony.

Prince George, five, was nearly two when he made his Trooping the Colour debut in 2015. 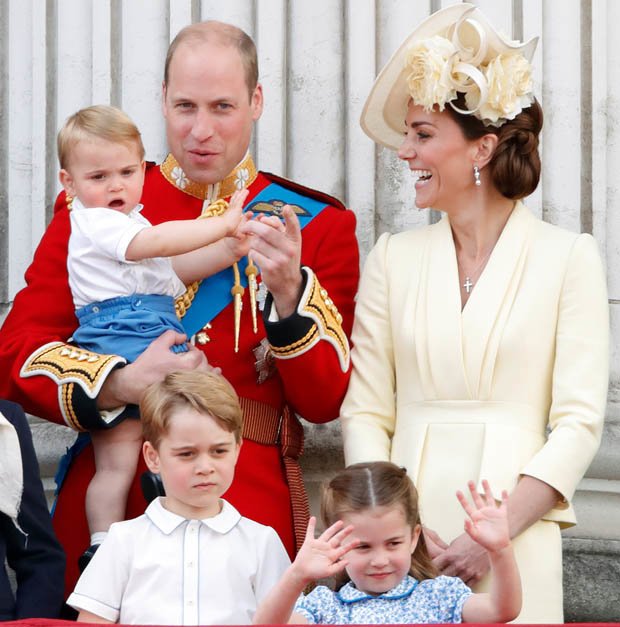 While Charlotte was only one when she showed off her royal wave at the 2016 event from the arms of her mum.

The family made two appearances on the balcony, the first was when Her Majesty arrived and the other was to watch the RAF flypast.

Meghan was missing from the Buckingham Palace balcony when the family welcomed the Queen from the parade.

According to HELLO!, Meghan is expected to continue her maternity leave until the end of summer. 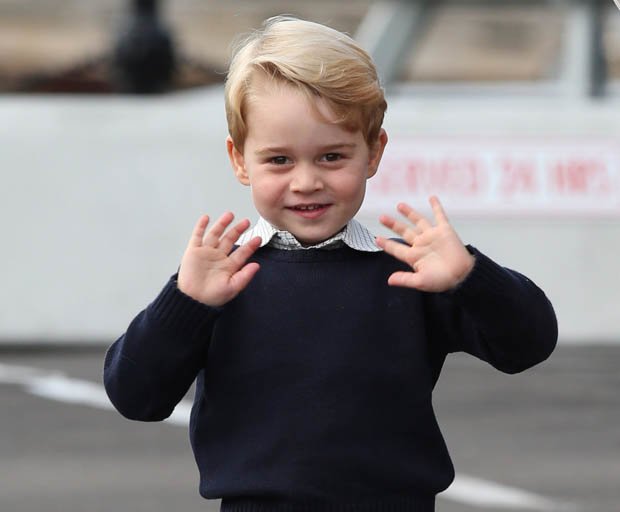 “The Duchess is still on maternity leave”

So it could be that the new mum had brought little Archie to the celebrations and was busy tending to him.

A royal source said: “The Duchess is still on maternity leave.

“But this is a family moment, with the wide members of the royal family all in attendance.

“The Queen’s birthday celebration is a family event.” 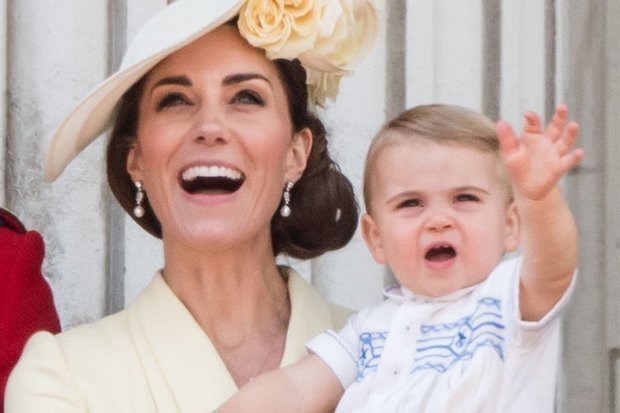 Yesterday was Meghan’s first public appearance since she became a mum on May 6.

Trooping the Colour is an annual celebration which has 1,400 soldiers, 400 musicians and 200 horses at the Queen’s official birthday.

The flypast marked the end of the celebrations which started with a parade in London’s Horse Guards Parade in Whitehall.

Meanwhile, the Queen’s 93rd birthday was actually in April, but the official parade is celebrated on the second Saturday of June every year.