The maths and English results of Victoria’s most disadvantaged students took a serious hit in the pandemic, with more than a third of students assessed by a children’s charity making minimal progress with their literacy and numeracy. 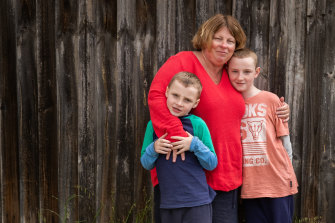 The Andrews government celebrated Victoria’s “nation-leading” NAPLAN results when they were released in August as a sign that students did not go backwards in their literacy and numeracy last year, despite losing as many as 122 days of in-class learning.

But the Smith Family’s chief executive, Doug Taylor, said the decline in maths and English results among the charity’s supported children last year was far greater in Victoria than any other state.

The Smith Family’s teacher assessment data reveals evidence of significant deterioration in results among disadvantaged students in 2020 compared to 2019.

Each year, students who participate in the Smith Family’s Learning for Life program are graded between A and E in English and maths by their teachers, to measure their annual progress. 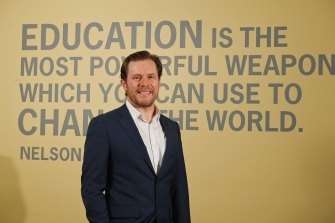 Last year, 36 per cent of Victorian students in the program were graded a D or an E in English, signifying minimal achievement, compared with 29 per cent in 2019.

The decline in maths results was even greater: 41 per cent of students scored a D or an E last year, a nine percentage point decline on 2019, when the figure was 32 per cent.

Mr Taylor said that while the summary NAPLAN results were good news, children had radically different experiences of remote learning.

“Some children and young people have excelled and some, as we have discovered in supporting our young people, have really struggled,” he said.

Primary school students relied more heavily on parental support when learning and many parents whose own education was limited struggled with this, Mr Taylor said.

“For many of the families that we’re supporting, there is limited experience of education and often a lack of confidence with parents,” he said.

“They want the best for their kids, but that capability is at times not there and that has meant that particularly for primary school students there have been some adverse impacts.”

The Smith Family hopes to raise $4.9 million nationally, including $1.3 million in Victoria, through its Christmas Appeal to support 11,600 students next year.

Frankston North mother Kylie Davis spent lockdowns at home with her sons Max, who is in year 4 and Jacob, in year 2, learning from the family coffee table.

“It was challenging, but we got through it,” she said.

The boys – both of whom are part of the Learning for Life program – got through their work with the strong support of the small public school they attend, which checked in regularly and provided digital devices to those who didn’t have one.

The boys have also been tutored to catch up on their literacy and are back on track, Ms Davis said.

“By the time they reach year 9, disadvantaged students are likely to be two or three years behind their more advantaged peers,” Ms Hunter said.

“It is likely that the repeated school closures over the last two years have widened this gap further in Australia. There is certainly evidence emerging internationally that this is the case.”

Fascinating answers to perplexing questions delivered to your inbox every week. Sign up to get our new Explainer newsletter here.