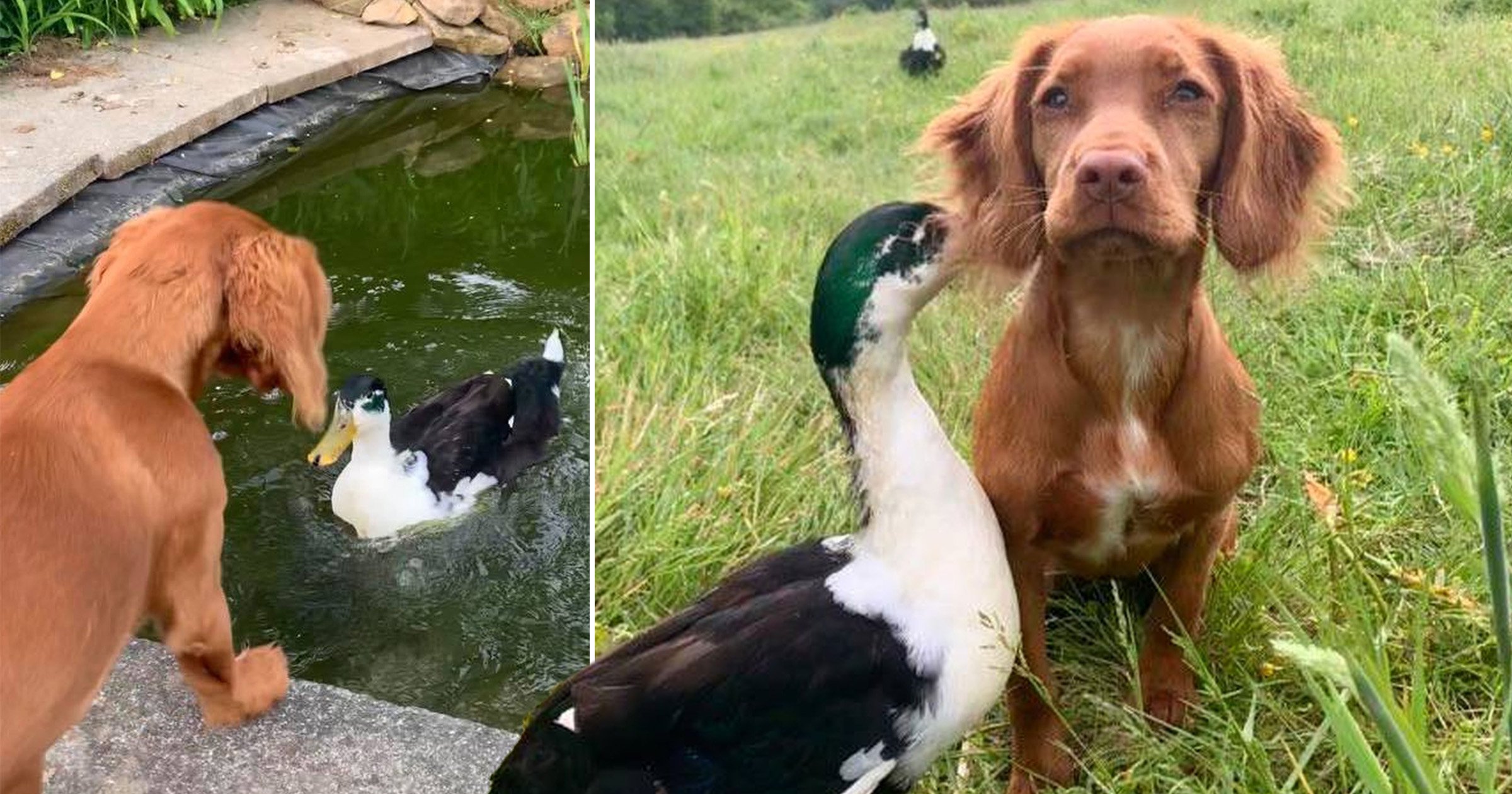 They say birds of a feather flock together, but that couldn’t be further from the truth in the case of this dog and duck duo.

Fern the puppy and Dennis the duck are best buds who live with owners Sarah-Jayne Little and Sam Leadley in Whitby, Yorkshire.

When the couple first brought Fern home, they were worried Dennis might get a bit territorial.

However, it didn’t take long for it to be clear to Fern and her humans that Dennis wasn’t going to bite her – in fact, they became firm friends.

Now, the first thing Dennis does in the morning when he’s let out of his hutch is run around the farm looking for Fern.

Meanwhile, Fern, now six months old, will watch Dennis while he swims across their little pond ‘to make sure he’s safe’.

She’ll also happily roll around with him and even share her food. 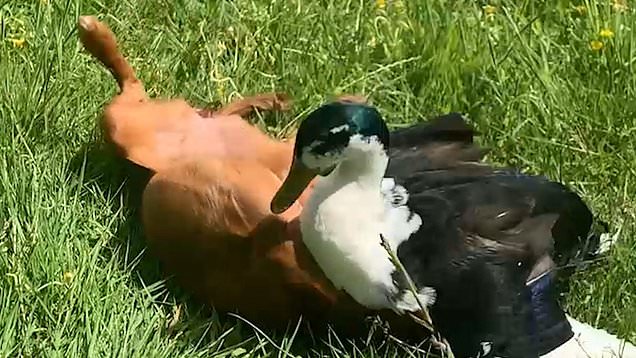 Account manager Sarah-Jayne, 26, says: ‘They love chasing each other all day every day. When Dennis gets in the pond, Fern watches over him.

‘She’s not brave enough to get in with him yet, but she stands at the side and looks over him, so he’s safe.

‘They’re now rolling around together on the floor daily. She’ll lay down and let Dennis jump on her having a play. We were worried he might have been being territorial, but it’s definitely playing now.

‘Dennis was the boss from day one, but they’ve developed into best friends ever since. Now everything is a game for them.

‘The first thing Dennis does in the morning is to go looking for Fern. If she’s not with us later in the day for some reason, you can see he’s disappointed.’

Sarah-Jayne and joiner Sam, 27, rescued Dennis along with another duck called Dorothy at the start of the year.

They now have four ducks, four chickens and a rooster, as well as little Fern.

Sarah-Jayne adds: ‘Fern isn’t interested in any of our other three ducks, and they’re not bothered about her. It’s only Dennis who has made the cut.

‘I think she realised she had to fit in with him, which has helped. As she’s known him since she was a pup, she knows to play with him rather than hunt him.

‘He’s very bold and the first thing every morning when we take Fern outside to go see all the animals, Dennis will run over to her.

‘What is even funnier is Dennis isn’t interested in any other dogs. If our family brings their dogs over, he’s not bothered by them at all.

‘As she’s a working dog, Fern will still flush other birds when we’re out walking, but because she’s had Dennis there since she was a pup, that hunting connection has never been made.

‘Some people have suggested Dennis might be a bit confused and fancies Fern, but it’s definitely a friend relationship.

‘When Dennis first started to chase her, Fern wasn’t quite sure what was going on, and I think she was a little scared, but when he let her get close, and he wasn’t going to hurt her, she started running after him too.’