Apprentice winner Leah Totton has confirmed she has called off her wedding, just eight months after announcing her engagement.

The London-based doctor, 31, who is originally from Derry, announced her plans to marry at the end of last year when she shared a picture of a huge diamond ring to her social media accounts, keeping her fiancé’s identity a mystery.

However, as the successful businesswoman opened the third of her multi-million pound aesthetics clinics alongside business partner Sir Alan Sugar in Baker Street, her diamond engagement ring was notably missing.

Speaking to FEMAIL, Leah confirmed: ‘I was briefly engaged at the end of last year, the relationship ended at Christmas.’

The Apprentice winner surprised fans when she announced in October 2018 that she was getting married, with many not realising she was dating anyone. Her short-lived betrothal seems to have only lasted around eight weeks. 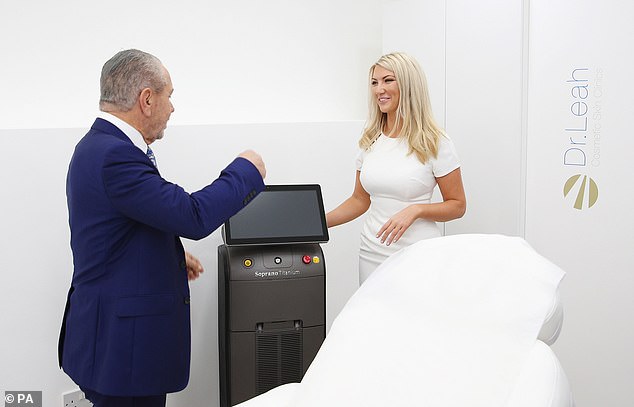 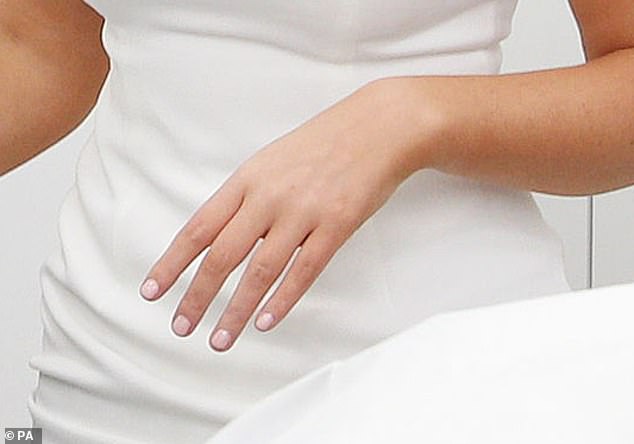 Dr Leah Totton could be seen ring-free during the photocall with Lord Alan Sugar, who discovered her on the Apprentice 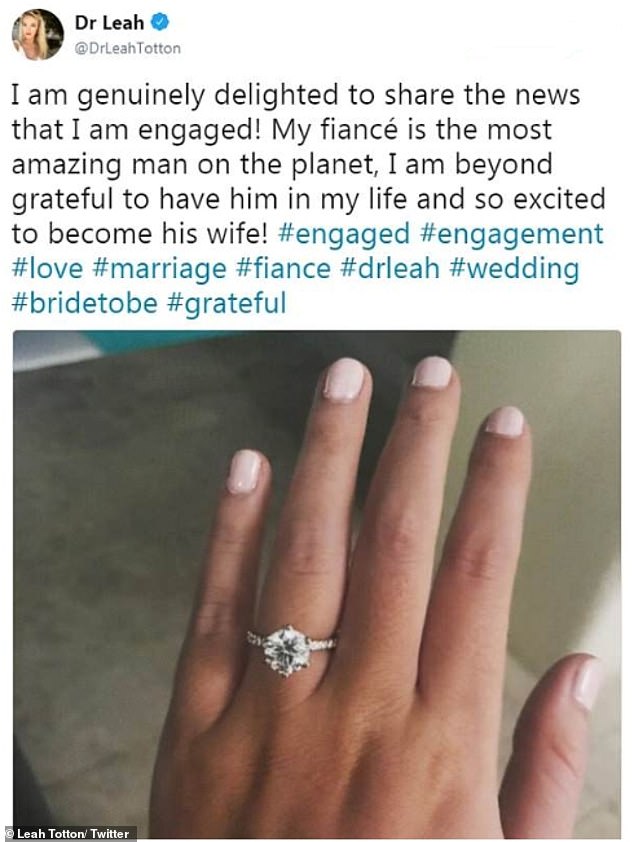 The London-based doctor, 31, who is originally from Derry, announced her plans to marry at the end of last year when she shared a picture of a huge diamond ring to her social media accounts, keeping her fiance’s identity a mystery

She continued: ‘My grandfather, whom I was very close with, passed away not long after. It was a difficult start to the year, but I focused on my work and I am looking forward to the future’.

Leah’s revelation came as she opened the third of her successful cosmetic enhancement clinics, admitting that she plans to work on having a better work-life balance once the opening is complete.

Admitting that this year has been tough, the businesswoman confessed: ‘I have been so focused on getting this clinic open I haven’t had much time for a personal life.

‘I’ve had lots of long days and seven-day weeks, but I have a great group of friends who I spend time with when I am not working, and we do girly things like going to the spa.’ 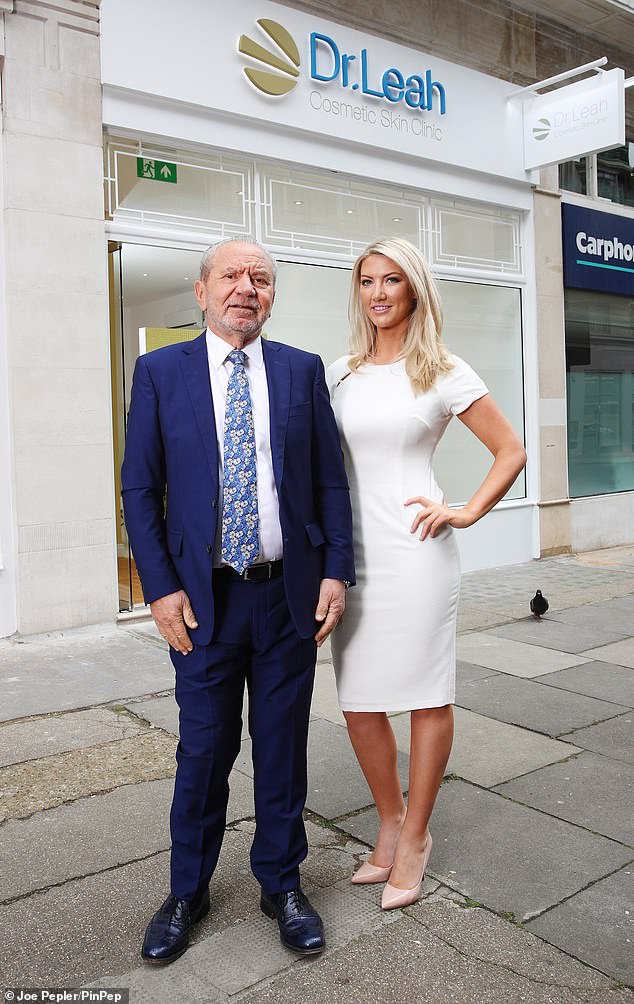 Dr Leah said that she’d been through a rough start of the year following her breakup and the passing of her grandfather, but is now gearing up for a better future 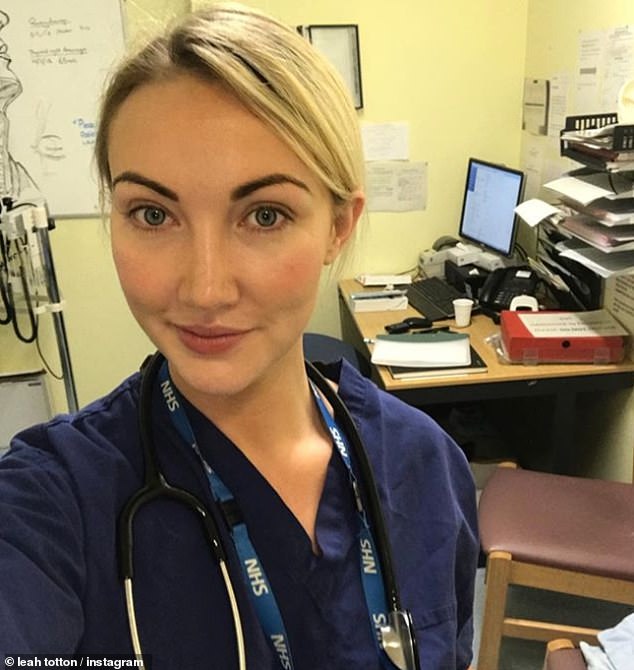 Apprentice winner Leah Totton has confirmed she has called off her wedding, just eight months after announcing her engagement

Leah announced her engagement to a mystery man at the end of last year in a Twitter post which read: ‘I am genuinely delighted to share the news that I am engaged! My fiance is the most amazing man on the planet, I am beyond grateful to have him in my life and so excited to become his wife!’

Despite the successes of her London and Essex-based businesses turning over £1.6M a year – which she juggles along with doing night shifts as an NHS doctor, Leah admits it hasn’t all been plain sailing.

She said: ‘When you do a show such as the Apprentice you put yourself out there, but the negative attention I got when I first took part in the show really upset me at the time.

‘I was criticised a lot about my age (I was 25 at the time) and even branded ‘Dr Barbie’, which was so hurtful.

‘I remember being upset to read it and Alan Sugar telling me quite directly that I needed to ‘toughen up and grow a thicker skin’ – advice which I’ve stuck to ever since’.

When asked whether she would ever try her own treatments, Leah joked that the stress of juggling the opening of her third business along with her NHS work, she added: ‘I feel like I have aged 50 years in the past five months with the stress of opening this clinic it so I think I will definitely need some!’.

Based in Baker Street, it caters to VIP clientele, offering additional privacy through a secret underground VIP entrance and private cubicles instead of an open plan waiting room.

Sir Alan Sugar joined Leah for the opening of her new clinic, and business partners were seen cutting the ribbons as they officially opened the new branch in front of a glamorous crowd.

Speaking to Femail, Sir Sugar said: ‘I have worked with Leah for six years now and I am proud of what she has achieved with Dr Leah Clinics, she very works hard indeed and it is a great achievement for her to have a presence now in the heart of London’s medical district.’ 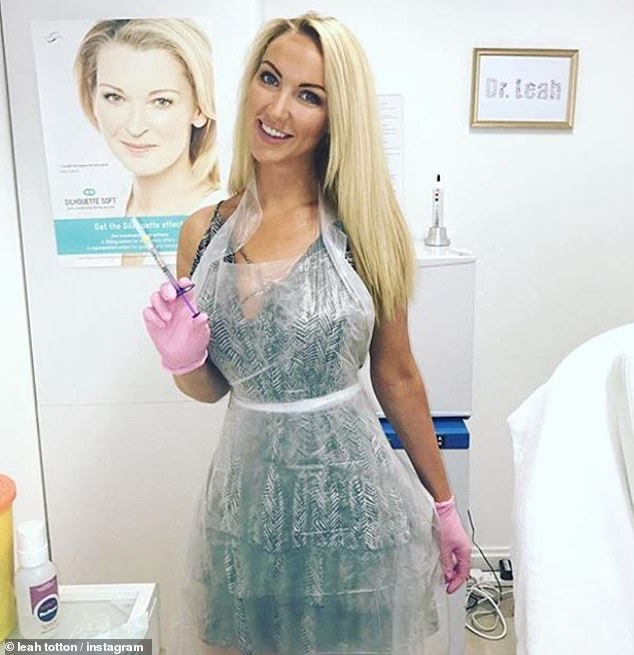 Leah manages her London and Essex-based businesses turning over £1.6M a year – which she juggles along with doing night shifts as an NHS doctor, 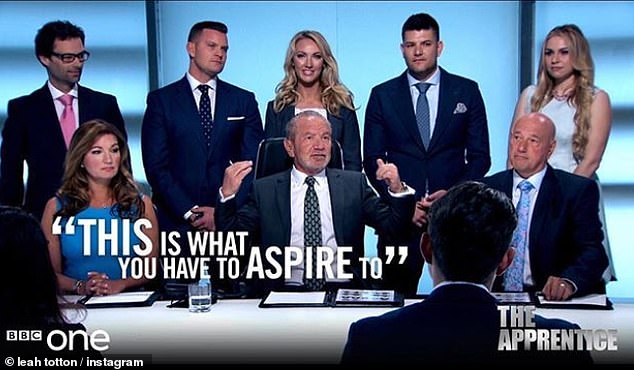