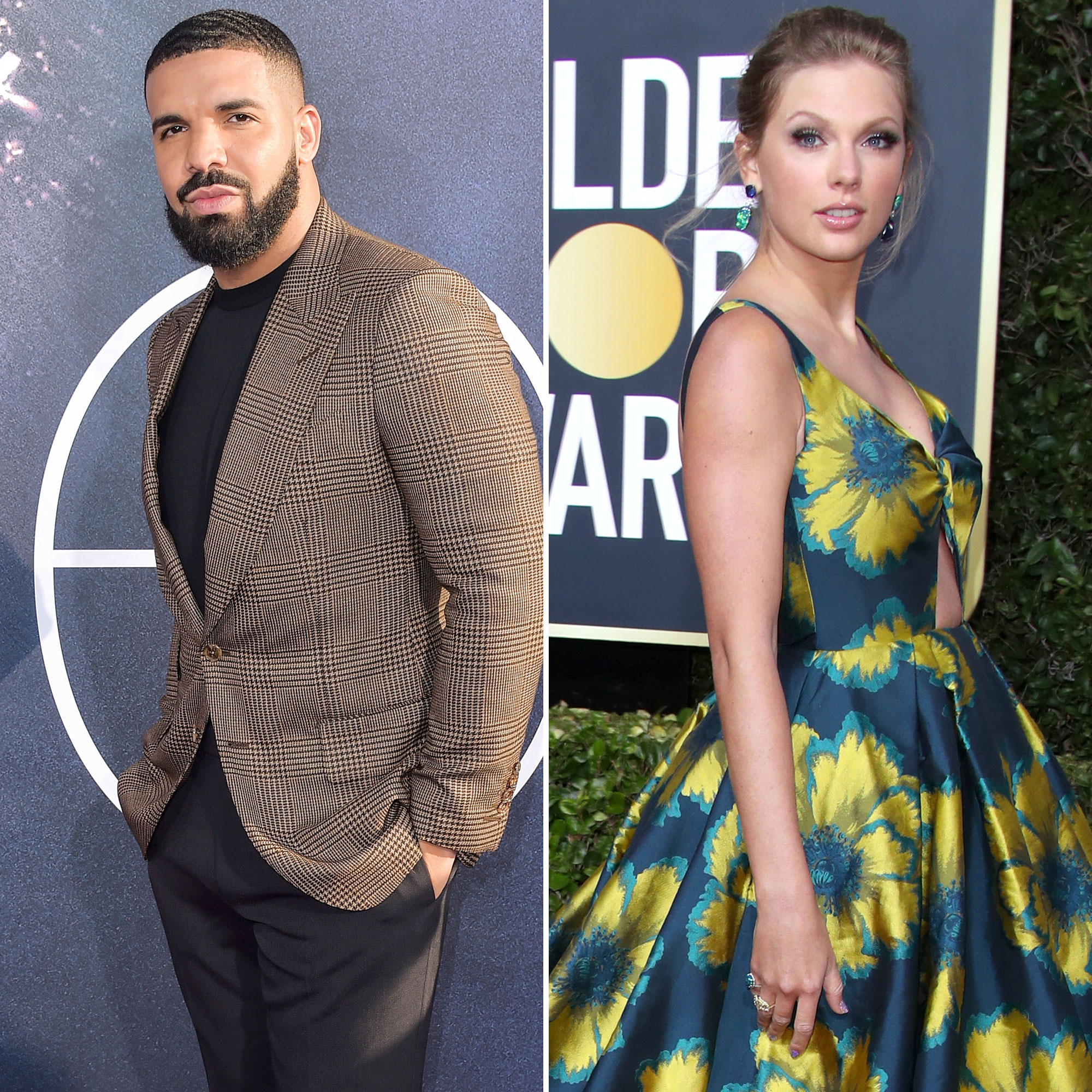 A new feature? Drake sparked speculation about a future musical collaboration with Taylor Swift after sharing a throwback photo with the pop star.

“They too soft to understand the meaning of hard work,” the “Nice For What” rapper, 35, wrote via Instagram on Monday, April 18, alongside a slideshow of pictures featuring both him and his 4-year-old son, Adonis. The final snapshot in the post showed Drake with his arms wrapped around the “Shake It Off” singer, and many fans speculated that the picture was a hint at a long-awaited collaboration between the two artists.

“Not the Drake x Taylor collab actually coming,” one Twitter user wrote, while another speculated that the duet had already been recorded and might be re-released by Swift: “Remember there were rumors about Drake x Taylor swift collab during 1989 era? what if that song is in the vault tracks??”

“I think a Taylor and Drake collab is FINALLY going to happen or happened…why else would he just post about it NOW,” one Swift fan theorized on Twitter.

The pair have long been open about their admiration of each other’s music, with Drake telling Zane Lowe in April 2016: “I love Taylor too, man. She’s just … such a sweetheart. She’s so angelic to me, man.”

Later that year, he teased plans to make music with the “Cardigan” singer in November 2016. “Is that velvet?” he wrote via Instagram, alongside a candid photo of himself and Swift at a party, in reference to the velvet turtleneck he wore to the event. The duo even starred in a pair of Apple Music commercials released around the same time, which featured them singing each other’s songs while working out in the gym.

Three years later, Swift wore a pin of the “Hotline Bling” performer’s face on the cover of Entertainment Weekly, ahead of the release of her seventh studio album, Lover.

“[I] wanted to rep as many things/people I love on the jacket,” the Pennsylvania native wrote via Twitter in May 2019. Swift also shared a screenshot of her interview with the magazine, where she spoke about some of the things that inspire her, including Drake’s lyrics. “I love his one-liners,” she told the magazine at the time. “Like, ‘You say I led you on/But you followed me.’ Or ‘This a Rollie, not a stopwatch / It don’t ever stop.’”

Swift is currently working on rerecording her first six studio albums after losing control of her masters in 2019 amid a highly publicized battle with Scooter Braun. She released Fearless (Taylor’s Version) in April 2021 and followed it up with Red (Taylor’s Version) in November of that year.

“I’ve spoken a lot about why I’m remaking my first six albums, but the way I’ve chosen to do this will hopefully help illuminate where I’m coming from,” she wrote via Instagram in February 2021 about her decision to regain control of her music. “Artists should own their own work for so many reasons, but the most screamingly obvious one is that the artist is the only one who really knows that body of work.”