Garceno, Texas — A 4-year-old boy was rescued from a 44-foot well here early Wednesday morning, reports CBS Brownsville, Texas affiliate KVUE-TV. He fell in while walking with his parents, the station says.

“What was key in the successful outcome of this … was that everybody pitched in — everybody,” said assistant Mission Fire Chief Robert Alvarez, noting that four departments raced to the scene. “You saw a sheriff’s officer with a shovel helping us move soil … whatever needed to be done.”

Alvarez says their jobs weren’t completed until 2 a.m., and getting the child out took great care. 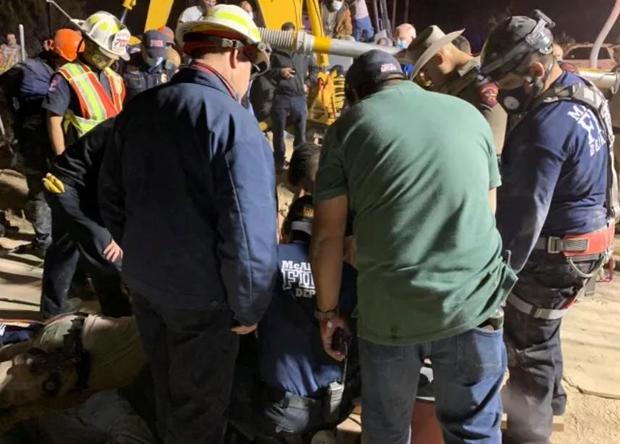 “Any vibration, any wrong strike of a shovel could cause more soil to fall into the hole where the victim was at,” he said.

“We used what is called a vector truck, (which) is a big truck with a vacuum system on it,” said Alvarez. “That’s what we used to start taking the dirt out.”

Esmeralda Muniz, from Starr County Sheriff’s Office, said the boy fell 9 feet down in the well.

The boy was talking and was listed in stable condition in a nearby hospital, Muniz noted.