When it comes to books, I like the words of Margaret Atwood, who it is fair to say knows a few things about writing and reading: “I read for pleasure, and that is the moment at which I learn most. Subliminal learning.” There are masses of books in the shops – or you can order online or click-and-collect – but here are just a few new ones that might help you negotiate winter weeks at home.

A novel about hoarding, with a title that could be imperative or descriptive? Come on. But that’s what the always intriguing Emily Maguire has written and it turns into a dramatic and ultimately moving story of family, questions of trust and privacy, and men’s egregious behaviour towards women. 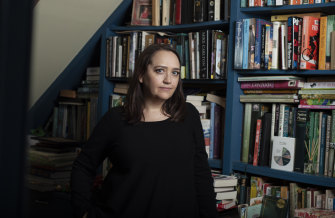 Emily Maguire has written a dramatic and moving story about a hoarder.Credit:Sarah Wilson

Nic is 45 and lives in a home crammed full of her love objects. She is estranged from her sister, her beloved nephew has been in jail and skedaddled up north, and the only family member she sees regularly is her niece Lena, whose love life has been traumatically splurged online. But Lena doesn’t know about Nic’s chronic hoarding and when her aunt falls at home and ends up in the hospital, she is horrified at what she discovers. But clearing out her home brings new ructions, and then Will turns up…

This big, warm-hearted sort of shaggy dog story is a multi-generational saga set in the enticing world of Greek Australian cafes. Vasilis “Lucky” Mallios sets up a cafe in the 1950s and it grows into an eponymous chain, but life never goes smoothly and there’s disaster looming – and then the possibility of redemption. 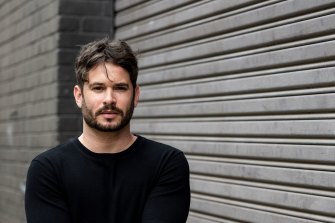 Andrew Pippos’ first novel is on the shortlist for the Miles Franklin.Credit:Wes Nel

Pippos spent eight years writing this, his first novel, which is loosely based on elements of his family history. But, as he puts it in his afterword, “I’ve come to think of the characters in these pages as kin. I will miss them.”

The book is shortlisted for this year’s Miles Franklin Literary Award, which will be announced on Thursday.

Happy days are here again … not quite given the lockdown but Samuel Beckett’s play is the core of Claire Thomas’ second novel in which she focuses on the lives and thoughts of three separate and very different women as they sit – or work – through a performance of Happy Days as bushfires burn outside the city. Thomas takes scrupulous care to make sure that what’s happening on stage as Winnie, buried in sand, reviews her predicament, resonates with the lives of her three characters. It’s a clever novel that reminded me in its willingness to take risks of Jennifer Egan’s A Visit from the Goon Squad.

BORN INTO THIS
Adam Thompson

These short stories from Adam Thompson, an Indigenous writer from Launceston, are in some cases quietly devastating and in others darkly humorous.

Born Into This by Adam Thompson.Credit:

In Aboriginal Alcatraz, for example, Ray is working on a small Bass Strait island in the company of a young offender, Jamie. He’s sent him on a grog run across to Flinders Island but a storm blows up and Ray is torn: ask for help and inevitably lose his job or let Jamie risk drowning in the white churning breakers: “A healing colour. It is pure; it is wholesome. It is life. But not for ocean-goers, and not for blackfellas. Oh no. White makes you wary. White equals death. And when you are navigating the breakers, white is what you avoid.” Very impressive stories that will set you thinking.

So you’re yearning to get on a plane and fly anywhere. Read this high-concept thriller and you might wonder about getting on a plane again. And if you do you’ll be hoping there’s a flight attendant on board like the redoubtable Jo. Bill is the pilot on this flight from LA to New York, and is the only one who knows that his family is being held hostage and unless he crashes the plane when instructed, they will be murdered. More than a little tricky. Torri Jan Newman knows the business – she was for years a flight attendant – and it shows. Falling has been championed by the likes of Don Winslow, Adrian McKinty and Dervla McTiernan and it will keep you in your seat as securely as the tightest airline seatbelt. Some of the gung-ho Americanness grates a bit, but once you’ve taken off, the ride is pretty smooth.

NOW THAT I SEE YOU
Emma Batchelor

The Vogel Prize has brought plenty of Australian writing talent to prominence and Emma Batchelor is the latest to win the award. Now That I See You hugs the outline of Batchelor’s own experience: it is the story of a relationship in which one partner becomes a woman. 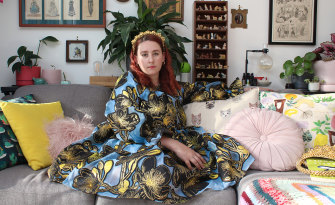 We meet the characters – Emma and Jesse – as their relationship begins, then see them as Emma begins to feel things might not be what they seem and then the impact and consequences of Jesse’s announcement of transition. The problem with autofiction is that it can read like memoir, but Now That I See You remains a poignant story of love interrupted, reimagined and recreated.

If Kiley Reid’s Such a Fun Age was last year’s big-selling, popular novel about race in the US, perhaps The Other Black Girl is the equivalent for this year. It’s a sharp cultural satire set in the ever-so-white New York publishing industry – where Harris herself has experience. 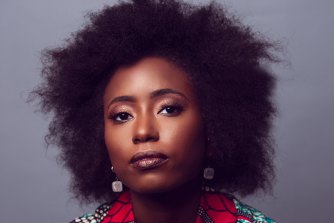 Nella Rogers is the only black employee at Wagner Books, an “Obama of publishing”. Fortunately, another black employee, Hazel, arrives, but then things start to go unexpectedly awry for Nella, and all her insecurities are made manifest. It’s an engaging read.

This book could have the most unusual narrator of any this year – a painting. Angela O’Keeffe’s brave and imaginative short novel is narrated in part by Blue Poles, the Jackson Pollock painting that is one of the sparkliest jewels in the crown of the National Gallery in Canberra.

A painting that admits “words are not my forte” but nevertheless manages to see a lot and tell us a lot. We get its creation by Pollock in his “paint-spattered dungarees” – it says no other artists were involved – the dramas of Pollock’s marriage to Lee Krasner, and the move to Australia, bought by Gough Whitlam whom the painting “remembers in snatches … I couldn’t recall ever being looked at so closely”. But Blue Poles can’t see everything so Night Blue is also narrated by Alyssa, a woman with a troubled marriage who is writing a thesis on Abstract Expressionism and colour field painting.