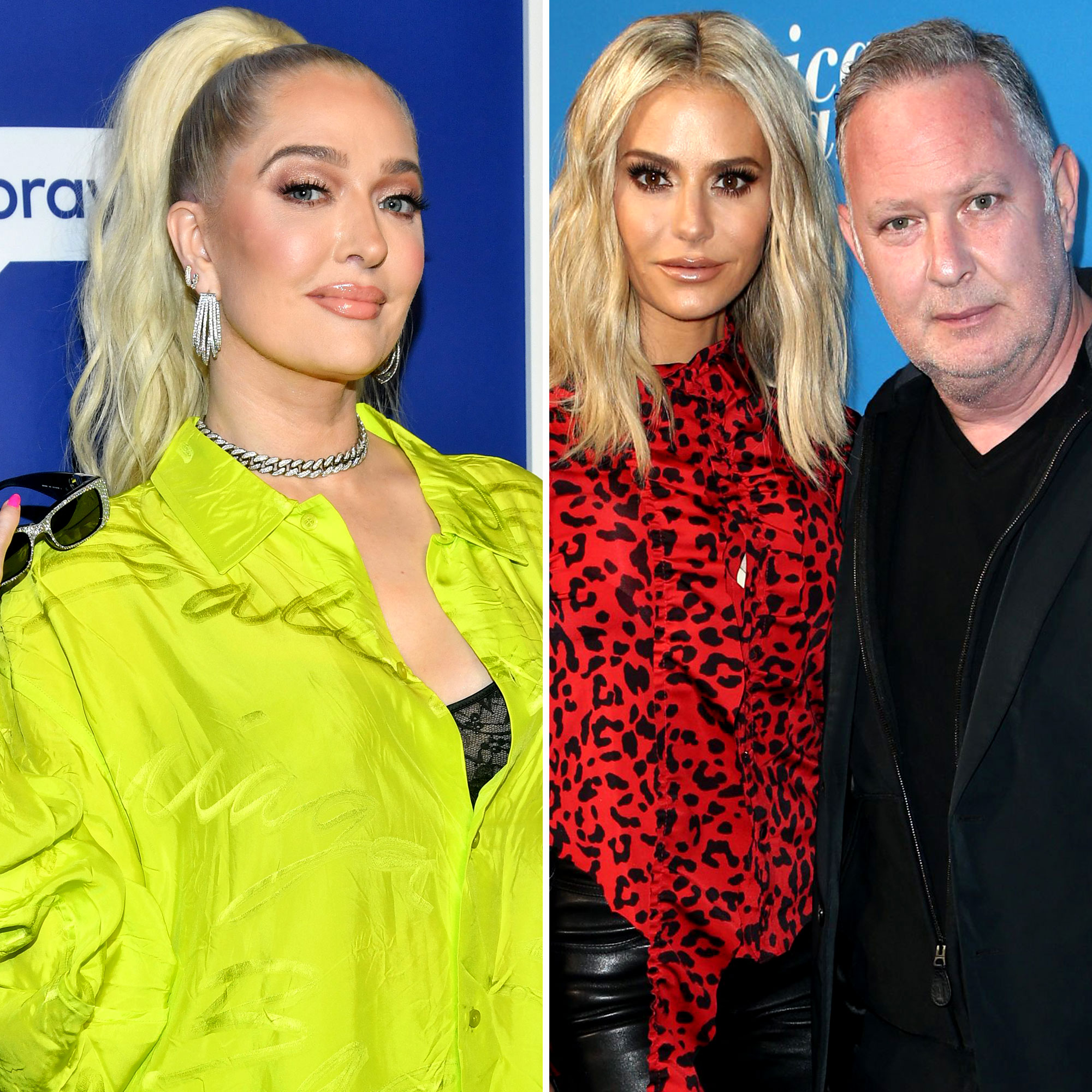 Does Erika Jayne know something we don’t? Dorit Kemsley is firing back after her Real Housewives of Beverly Hills costar named her and PK Kemsley as the next Bravo couple to split.

According to a video shared by So Bad It’s Good podcast host Ryan Bailey via Instagram, Erika, 51, was asked, “What Bravolebrity relationship do you think is headed to Splitsville next?” during a Watch What Happens Live With Andy Cohen taping on Sunday, October 16.

“Dorit and PK,” the Pretty Mess author said with confidence before she walked back to her seat.

The Beverly Beach designer, 46, responded via Instagram on Monday, October 17.

“Misery loves company. What else can [I] say 🤷🏼‍♀️,” Dorit wrote on Instagram user Cici.loves.you’s post about the remark. “Our friends, those that truly know us, know what we have and who we are.”

Dorit and PK, who have been married since 2015, share son Jagger, 8, and daughter Phoenix, 6. Last month, she clapped back at fan speculation that she and Kyle Richards’ husband, Mauricio Umansky, were having an affair.

“I mean, what do you think I feel? Honey, listen, when something is so ridiculous, you just kind of discount it,” Dorit said on WWHL in September. “It’s something that sticks a chord only because Mau, PK, Kyle and I, we’re friends together and it is such a nothing and to have someone start those vile rumors, it’s gross.”

Erika’s remark may come as a surprise to RHOBH fans as the singer, Dorit, Kyle, Lisa Rinna and alum Teddi Mellencamp were previously dubbed the “fox force five” due to their tight bond. During an interview with Us Weekly at BravoCon over the weekend, Erika spoke about the separation between the group when it comes to Sutton Stracke, Garcelle Beauvais and Crystal Minkoff.

“I’ve always been of the approach that everybody has their own individual experience with each woman. I do not believe in teams, but if I agree with someone, I agree with someone,” Erika told Us. “And I’m woman enough to agree with someone that, maybe, I don’t always get along with. So from where I stand, you know, I think that you have to work at wanting to be friends in a group.”

Dorit, for her part, spoke to Us about managing her friendship with Lisa and Kyle as the two women struggle amid the Melrose Place alum’s feud with the Halloween star’s sister Kathy Hilton.

“We can only speak to our own experiences. That’s the truth and that’s the reality. And I would like to think that, you know, everybody feels that way. As far as my relationship with Lisa, it’s great. I love Lisa and the Lisa that I know and that I see is a warm, kind, funny person,” Dorit said. “I believe that everybody can mend fences. It’s just up to them.”