An explosion that injured four people at a West Virginia chemical plant and shook surrounding homes prompted authorities to impose a shelter-in-place order. Early Wednesday morning, the Kanawha County Commission said the order had been lifted.

The explosion happened after 10 p.m. Tuesday at the Chemours plant in the Kanawha County community of Belle, the county commission said in a statement. The injured people included two workers and one person hit by debris, Kanawha County Commissioner Kent Carper told WCHS-TV.

Firetrucks responding to plant. We are in Marmet side of river pic.twitter.com/ICvzeRYDwc

“We’ve had at least one very serious explosion and a working fire at the plant,” Carper told the news station.

People who lived in the area reported their houses shook. Emergency officials had announced a shelter-in-place order for 2 miles around the plant and a nearby road was closed before firefighters were able to extinguish the flames and allow people to move around. 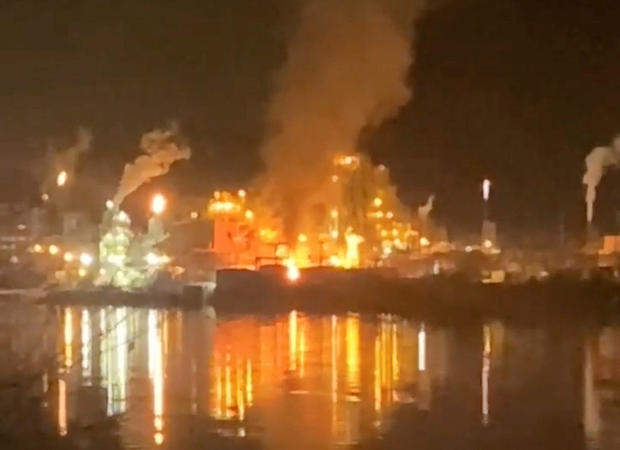 Belle Mayor David Fletcher, who also is a volunteer firefighter, said the blaze was extinguished before midnight. “Right now we feel like everything is in pretty good shape,” he told the TV station.

“We lost a law enforcement officer and they laid her to rest, our community was already hurting over that event, and then to end the day with an explosion at a chemical plant when our first responders were already grieving and exhausted from dealing with a funeral – it was a hard situation to go through this evening,” she said.

Chemours formed as a spinoff from DuPont in 2015. The 723-acre site is located along the Kanawha River about 10 miles southeast of Charleston. The town of Belle has about 1,100 residents.