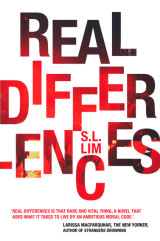 The place is Sydney, the time is more or less now, and the main characters are a loose constellation of friends, lovers, spouses and family members. Nick is a white, well-educated, middle-class but directionless young man whose best friend is Andie, born in Sydney to Indonesian Chinese migrants. Benjamin is Andie’s husband, a sweet-tempered white man of, as it turns out, limited understanding. Tony is Andie’s younger cousin. Lim uses these four characters and the people who surround them as vehicles for exploring ideas about multiculturalism, migration, racism, alienation, family dysfunction and religious fanaticism. For a debut novel by a young writer, this is a startlingly sophisticated and mature treatment of multiple interconnected themes, exploring what it means to want an ethical framework for your life — and to take that desire to its logical conclusion. 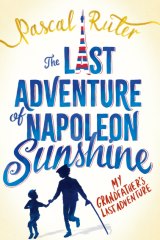 Napoleon Sunshine is 85 and has decided to divorce his wife Josephine, on the grounds that it’s time for a new start in life. He is an ex-boxer and former cab driver with a son he bullies relentlessly, a dreamy daughter-in-law who indulges him, and a 10-year-old grandson called Leonard who adores him. He celebrates his freedom by buying a dog and embarking on an ambitious house renovation, but then he injures his back and it’s all downhill from there. Pascal Ruter has published books for children and this is described as his first book for adults, but there is something about the tone and language that makes it a better fit for the ‘‘young adult’’ category. Ruter is an accomplished writer but anyone who has lived through the real-life decline of an aged parent or grandparent might quickly become impatient with his heavy-handed whimsy. 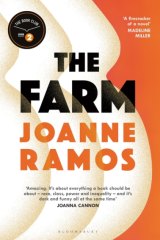 Mae Yu is a Harvard graduate who runs a ‘‘gestational retreat’’ called Golden Oaks, an agency providing surrogates for rich white American women who want children but can’t or won’t manage the conception and pregnancy themselves. These women are called the Clients. The surrogates, mostly Latina or Filipina or African-American and all of them grateful for the money, are called the Hosts. For the duration of the pregnancy, they live at Golden Oaks, where they are physically well cared for and relentlessly surveilled. But then three of the Hosts, each in her different way, begin to rebel. To call this engaging, cinematic, and skilfully written book a novel of ideas would be misleading, for the ideas with which the book is bursting are all enacted through the narrative and the characters: ideas about colonisation, race, fertility, capitalism and more. 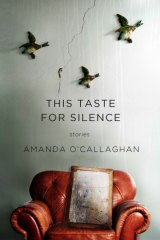 Two brothers meet up with their former teacher and discover only later that the meeting did not happen by chance. A married couple celebrates with champagne on what turns out to be a disquieting occasion. Two sisters live in a house that is revealed only by gradual degrees to be a place of tragedy. This is one of the most substantial and memorable collections of short fiction by an Australian writer that I have read for a very long time. Amanda O’Callaghan mixes it up, alternating microfictions with longer and more developed tales, but there are two things common to all the stories. One is an iron discipline that keeps everything understated, obeying the rule of ‘‘show, don’t tell’’ and making the reader do the work of deducing meaning. The other is the way in which O’Callaghan shows how even her most ordinary characters have mystery hidden in their lives.