A scheme promoted by Scott Morrison at the 2019 election to help first home buyers into the property market has actually hurt prospective property owners and likely put upward pressure on prices, an independent review has found.

The statutory review of the National Housing Finance and Investment Corporation, released on Thursday, found the first home loan deposit scheme had also assisted potential buyers who were capable of getting into the market more than those who were genuinely struggling to get a home. 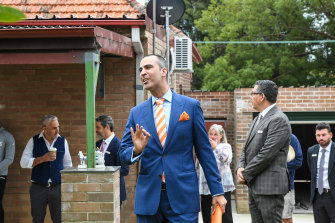 A scheme aimed at helping first time buyers may have the situation worse for those who could not access it.Credit:Peter Rae

In the final week of the last election, Mr Morrison unveiled the first home scheme, under which the government guarantees loans for first time buyers with deposits of just 5 per cent of the price. Labor matched the pledge.

It is capped at 10,000 properties a year, and since its introduction the cap has been met very quickly.

The review, headed by Flagstaff Partners senior adviser Chris Leptos, said the first home loan scheme was part of a scope of measures aimed at reducing housing affordability pressures across the country.

While the scheme had helped the 19,000 people who had accessed it in its first 18 months of operation, it had most likely hurt those unable to access it and put upward pressure on overall prices.

“Because the (scheme) mostly appears to bring forward demand from when it would otherwise appear in the market, the scheme likely makes purchasing a home more difficult for first home buyers who don’t have the benefit of the (scheme),” it found.

“These first home buyers have to compete for the same stock of suitable first homes with the scheme-supported buyers who effectively have more cash in their hands with which to bid for (and bid up the price of) properties.”

The review also argues the research arm of the housing corporation should be narrowed, focusing on housing supply and demand. New research should look at ways to stimulate investment in social and affordable housing rather than broader affordability issues.

But Labor’s housing spokesman, Jason Clare, said with the cost of housing up by almost 22 per cent over the past year it made no sense to end the corporation’s research into affordability issues.

“Ripping away credible, independent research about housing affordability completely contradicts submissions from several stakeholders which urged the government to expand the corporation’s research functions to help address the housing crisis in Australia,” he said.