Just in the 24 hours to Wednesday alone, more than 30 centimeters (11.8 inches) of rain fell on the camps in Cox’s Bazar district hosting more than 800,000 Rohingya, the U.N. refugee agency said. That’s nearly half the average July rainfall in one day while more heavy downpours are expected in the next few days and the monsoon season stretches over the next three months.

“The situation is further compounded by the COVID-19 pandemic. There is currently a strict national lockdown in response to rising cases across the country,” the agency said. 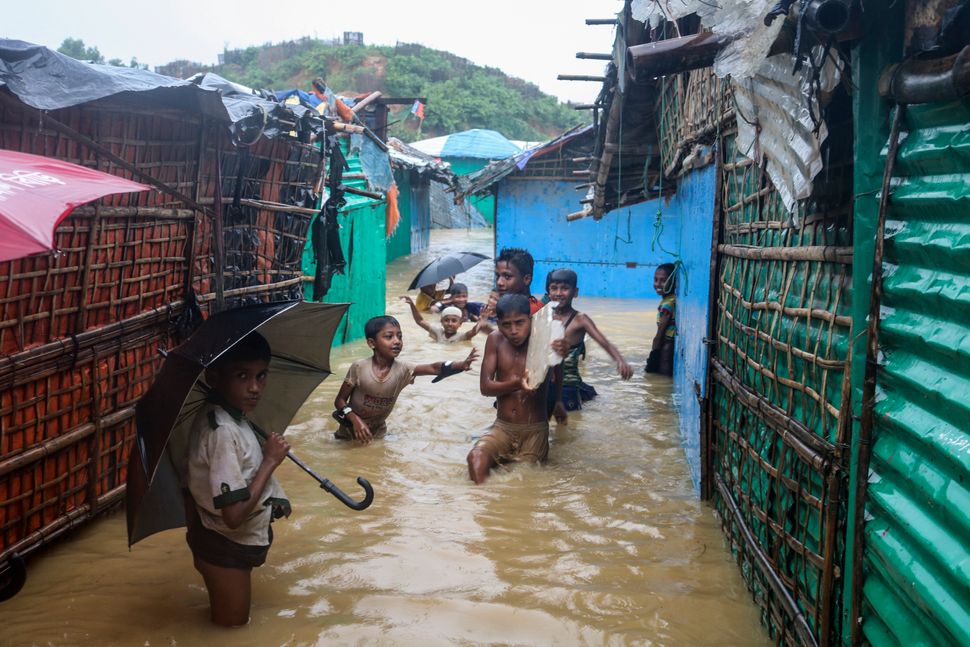 The agency said it was saddened by the deaths of six people at the camps earlier this week, five in a landslide caused by the rains and a child swept away by floodwaters.

Citing initial reports, the U.N. High Commissioner for Refugees said more than 12,000 refugees were affected by the heavy rainfall while an estimated 2,500 shelters have been damaged or destroyed. More than 5,000 refugees have temporarily been relocated to other family member’s shelters or communal facilities, the agency said in a statement.

Refugees said they were struggling to eat or drink properly.

“Due to the continuous rainfall for the last four days, today my house is full of water,” says Khatija Begum, who has five children. “We are not even able to eat.” Begum says she fears her children will drown and die in their sleep.

Cyclones, heavy monsoon rains, floods, landslides and other natural hazards are an annual difficulty in the camps. More than 700,000 Rohingya have lived in refugee camps in Bangladesh since August 2017, when the military in Buddhist-majority Myanmar began a harsh crackdown on the Muslim ethnic group following an attack by insurgents.

The crackdown included rapes, killings and the torching of thousands of homes, and was termed ethnic cleansing by global rights groups and the United Nations. While Bangladesh and Myanmar have sought to arrange repatriations, the Rohingya are too fearful to return home. 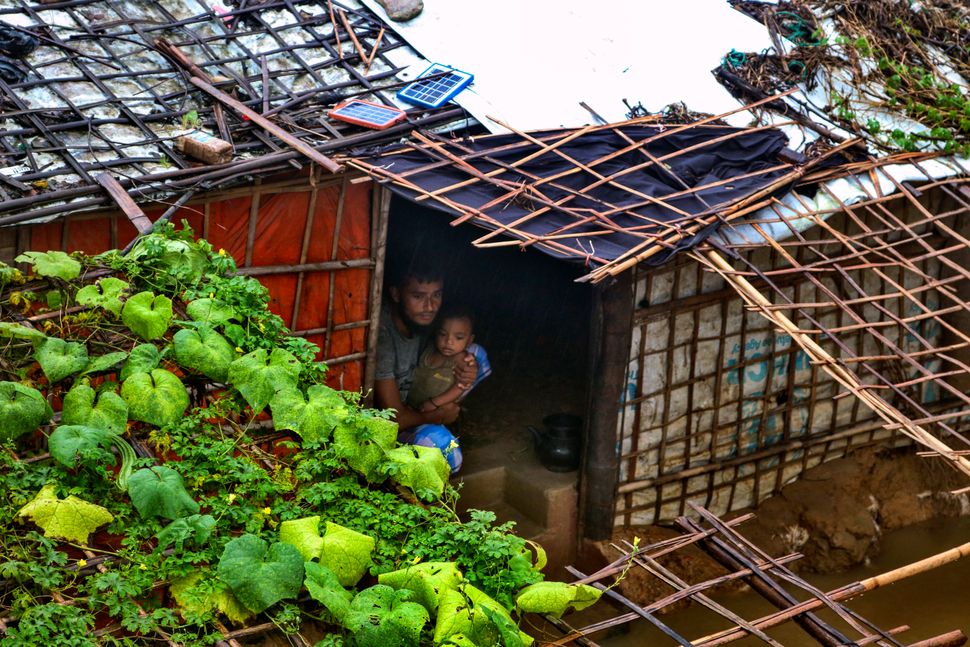 The International Organization for Migration says Cox’s Bazar district, where more than 1 million Rohingya refugees live, is one of the most disaster-prone parts of Bangladesh.

It is a delta nation crisscrossed by many rivers that gets intense rainfall regularly due to its monsoon climate and location on the Bay of Bengal, where the warm waters can generate destructive tropical cyclones.