A Florida sheriff’s deputy was forced to shoot and kill a tiger at a zoo in Naples after a contractor who put his arm inside the animal’s enclosure without authorization was attacked, according to reports.

The contractor, a worker with a third-party cleaning crew for the zoo, was seriously hurt and taken to a hospital, FOX 4 of southwest Florida and WBBH-TV of Fort Myers reported.

“The man was either petting or feeding the animal, both of which are unauthorized and dangerous activities,” Collier County Sheriff Kevin Rambosk said, according to WPLG-TV in Miami. 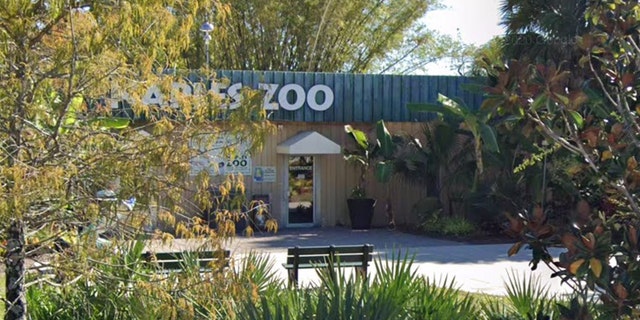 The entrance to the Naples, Florida, zoo.
(Google Maps)

The tiger retreated when a deputy shot the animal while it was biting the worker’s arm. The man suffered severe but unspecified injuries, WBBH reported.

He wasn’t allowed by the zoo to be in the area where he was able to reach his arm through a fence, WPLG reported.

The animal was a 4-year-old Malayan tiger named Eko – the only tiger at the Naples zoo, according to the Naples Daily News.