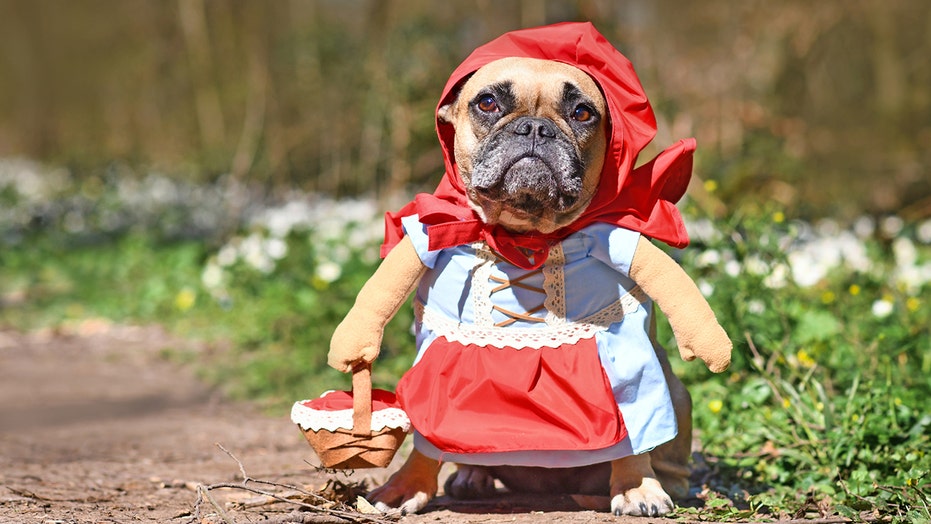 The New Jersey grandma and her grandchildren live several blocks away from each other but have not been able to hug since March 17 because of the COVID-19 restrictions.

As if wandering around in our current nightmarish hellscape isn’t scary enough, Americans are reportedly still planning on dressing up this Halloween.

Such is the major takeaway from Google’s annual Frightgeist study, which also seeks to pinpoint the costumes or themes people are most often searching for in the lead-up to Oct. 31.

This year, Google's data showed the most-searched costume idea was "witch" (which ranked second in 2019) followed by "dinosaur," "Harley Quinn," "rabbit" and "clown." Rounding out the top ten were a few more similarly traditional ideas, including "angel," Fortnite," "devil," "ninja" and "Spider-Man."

The findings also pinpoint where each idea is most popular: For instance, "rabbit" is most popular among L.A. and NYC residents, for reasons that are not immediately clear.

Perhaps more interestingly, Google also determined the "top-trending" costume ideas — i.e., those that were seeing the highest percentage increase in search traffic, as opposed to overall search traffic — and observed that our most popular ideas are “action-packed,” with costumes based on the Netflix series “Cobra Kai” topping the list. “Dungeon Master” ranked second, with costumes based on the Disney+ series “The Mandalorian” taking third.

Other trending costumes included “space cowgirl,” whatever that is, and “firefighter,” which is likely the most inspired, relevant choice among the bunch.

In addition to the above costume ideas, Google also observed the top-trending costumes among kids, as well as the most-searched costumes for babies, couples and pets, specifically.

Kids specifically seemed to be most interested in witch costumes, which accounted for three of the top 10 top-trending choices (or five, considering the Sanderson sisters from “Hocus Pocus” are three distinct characters). This theme, however, was beaten out by “Supergirl” and “flamingo,” which took the top two spots.

When it comes to baby costumes, “Baby Shark,” “Baby Yoda” and “Baby Pumpkin” were the most-searched ideas.

Couples, meanwhile, are apparently still planning on dressing as “Bonnie and Clyde” (which dominated the search), followed by “Lilo and Stitch” (from the Disney film of the same name) and “Cosmo and Wanda” from the animated series “The Fairly Oddparents.”

We’re all especially excited to humiliate our pets, too, as the top searches for animals were “cat taco,” “Corgi Stegosaurus” and “Twinkie.” 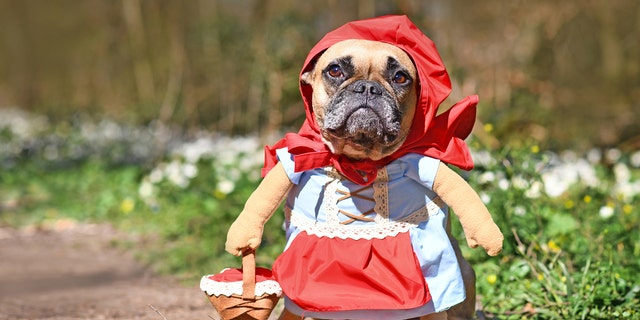 "Baby Red Riding Hood" wasn’t necessarily trending this year, but this was too beautiful not to share.
(iStock)

It should be noted, though, that costume searches in general were slightly down (27%) when compared to 2019, meaning there might just be fewer flamingo children, Baby Yodas, or Twinkie hamsters this year, in total.

To learn more about all the space cowgirls and delicious-looking animals that may or may not actually hit the streets on Halloween 2020, see the top-trending costumes of the year at Google’s Frightgeist portal.