HARRY COLE: Corbyn’s son is back in business after his hemp firm went bust with debts of £100,000

Jeremy Corbyn’s entrepreneur son Tommy is bouncing back after his hemp business went up in smoke, leaving debts of £100,000.

The National Hemp Service was going to sell products such as clothes, made from a legal strain of cannabis, from a cafe in North London.

But the business never opened and was liquidated after barely a year. Now I can reveal that just two months later, Tommy, 26, has returned to the commercial front line as director of a new enterprise called Dina Camden Limited with girlfriend Chloe Kerslake-Smith. 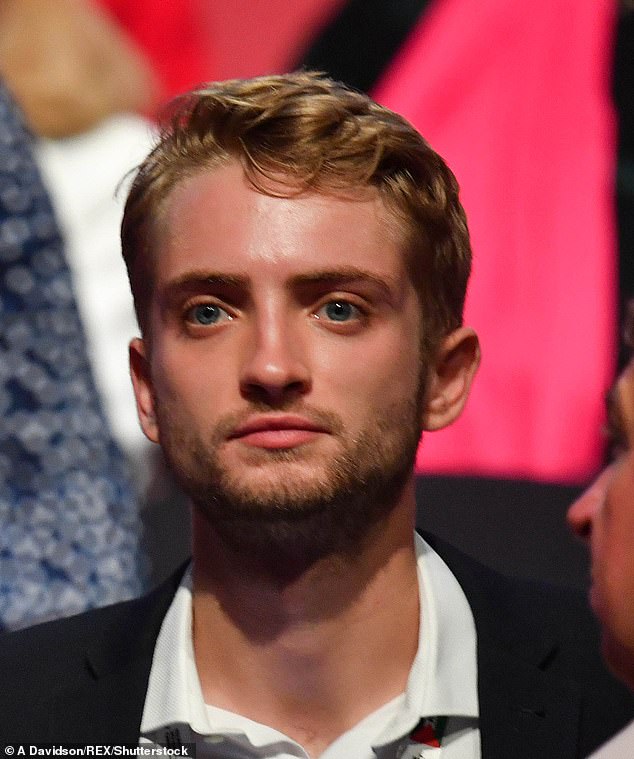 The National Hemp Service was going to sell products such as clothes, made from a legal strain of cannabis, from a cafe in North London. Tommy pictured at Labour Conference, 2017

Documents filed at Companies House reveal that Corbyn junior and Kerslake-Smith were last month appointed directors of the new business, which somewhat vaguely is described as concentrating on ‘retail sale in non-specialised stores’.

The news will be of interest to Jeff Ditchfield, a campaigner for the legalisation of cannabis, who cashed in part of his pension to invest £30,000 in the National Hemp Service.

His solicitors, Pinder Reaux & Associates, tell me: ‘Our client’s conversations with the liquidator have left him in no doubt that he is likely to have lost all the money he invested.’

Mr Ditchfield blamed the liquidation on ‘mismanagement by the directors’.

Nigel Farage jetted to Washington last week as a Brexit hero, with a lunch thrown in his honour to celebrate the UK finally leaving the EU. 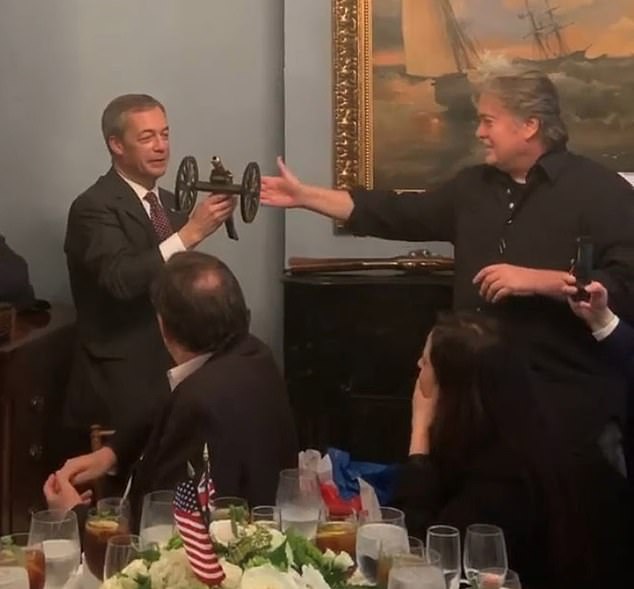 And the conspiracy theorists will delight in who gave the gushing toast – shadowy former Trump guru Steve Bannon.

He is pictured, above, presenting Nige with a model of a cannon from an American civil war battle in which soldiers from Virginia were horribly outnumbered, but eventually won.

It became the sparkly symbol of Remainer revolt, but the story behind former Supreme Court president Lady Hale’s infamous spider brooch, which she wore to berate Boris Johnson for proroguing Parliament, is much less glamorous.

She tells The Oldie magazine it cost £12 from a branch of Cards Galore.

Eyebrows have been raised over Amber Rudd’s new job as a senior adviser at global spinmeisters Teneo as it’s a rival to her brother Roland’s PR firm Finsbury.

Not that he has any problem getting access to bigwigs – I hear he flew former Chancellor George Osborne to last month’s World Economic Forum shindig at Davos on his private jet.

Dominic Cummings’s latest antics are causing a mixture of laughter and bafflement in Whitehall, with his latest ruse to stop hungry Government advisers being taken out for lunch by journalists proving difficult to police. 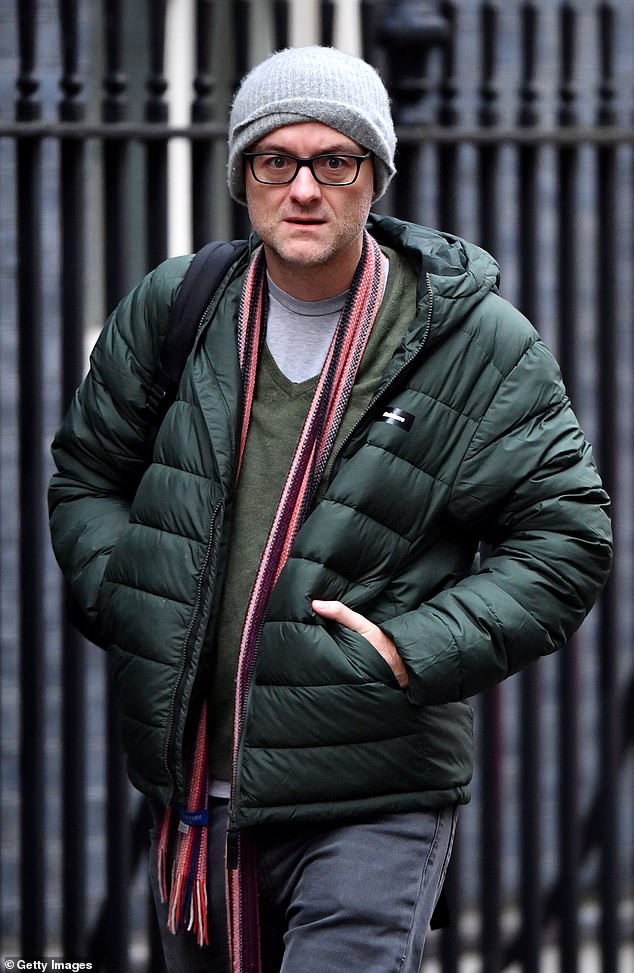 On Friday night, after he demanded to know who had accepted the hospitality of hacks, half a dozen sheepish hands went up.

Clearly keen to do his part to protect the TV licence-fee payer, Dom smugly boasted that he had gone halves on his lunch with BBC Political Editor Laura Kuenssberg last week – and he will be checking others follow his admirable example.

He lasted only 11 days in the White House after being a little too open with journalists, but former Trump spin doctor Anthony Scaramucci has cautioned Downing Street against its heavy-handed clampdown on the press.

Speaking at the Ten Trinity Square Private Club on Wednesday, the Mooch warned: ‘This war on the media is nonsensical – you’re not going to win. If you’re trying to shut down the press and act Trumpian, it will backfire. You never get the benefit of the doubt from the press if you’re in a full-on war.’