Very few things can bring the realities of your life into focus like an unplanned pregnancy. It can be easy to ignore the red flags of a toxic relationship, for example, or treat your dwindling bank account like a funny joke rather than a serious problem.

So when I held that positive pregnancy test in my hands less than a year after I graduated from college, living paycheck to paycheck with my arguably alcoholic boyfriend, I knew exactly what I was going to do. I called my best friend, then I called my mom, then I called the Planned Parenthood a few blocks away and asked for an abortion.

Ending my unwanted pregnancy was the immediate, unwavering plan, because I had a number of other life plans, too. I planned on ending the cycle of abuse that plagued my family, so there was no way I was going to raise a child with someone who made me feel like a rancid garbage can.

I planned on becoming financially independent, unlike my mother, who was so reliant on my father’s finances that leaving him was an impossibility. I planned on becoming a successful writer — a plan that I had made when I was a child obsessed with filling the pages of her many lock-and-key plastic journals.

And while I had never wanted to get married, I did plan on finding someone I could build a life with; someone who made me feel safe, and loved, and respected — the antithesis of the vast majority of the men in my life. Perhaps, that plan would include starting a family, in which case I intended to be the mom I wanted and needed to be, too.

Because abortion became part of my life plan, everything else I wanted to pursue came to fruition. I met my now-partner of eight years after writing a column for The Seattle Times about the woes of dating life. A year later, we welcomed our now-7-year-old son into the world — as bright-eyed then as he is now. Four years later, our youngest, now 2, was born — a fearless madcap who loves to give me “best hugs” and “kiss bigs.”

And even though I have now endured working from home while facilitating at-home e-learning, potty training, layoffs and the anxiety of an ongoing global pandemic, I can proudly and infallibly say that I am the mother I wanted to be, the mother my boys need and deserve, and the mother I never could have been if I didn’t have an abortion.

And I’m not alone.

The majority of people who have abortions are parents. They already know what it’s like to carry a pregnancy to term, go through the pains of labor and delivery, endure the sleeplessness and drastic change of postpartum life, and raise tiny, exhausting, adorable, frustrating humans.

In fact, a 2004 survey of 1,209 abortion patients found that one in four said they had completed their childbearing, and 74 percent said having another child would inhibit their ability to care for the dependents they already had.

Those same studies found that when a person is denied access to abortion care, they’re more likely to be tethered to an abusive partner — like I would have been. They’re also less likely to have aspirational plans for the coming year — plans I had.

And they’re more likely to suffer from low self-esteem and anxiety — an inevitable outcome I would have faced had I been trapped in an unhealthy relationship as I raised a child I didn’t want and could not adequately care for.

Make no mistake: A person who has zero desire to have a child or become a parent has just as valid a reason to have an abortion or abortions as anyone else. Just because you can physically have a baby doesn’t mean you have to or should be forced to.

But the reality is, 66% of people who’ve had abortions plan on having a baby when they’re older, financially stable and are in a supportive relationship. And given the safety of abortion — it’s safer than a colonoscopy, having your wisdom teeth pulled or your tonsils removed, 14 times safer than childbirth, and does not, as anti-abortion zealots would have you believe, impact your fertility — it’s oftentimes abortion care that makes it possible for people to not only become parents in the future, but good parents. Stable parents. Supportive parents. Loving parents. 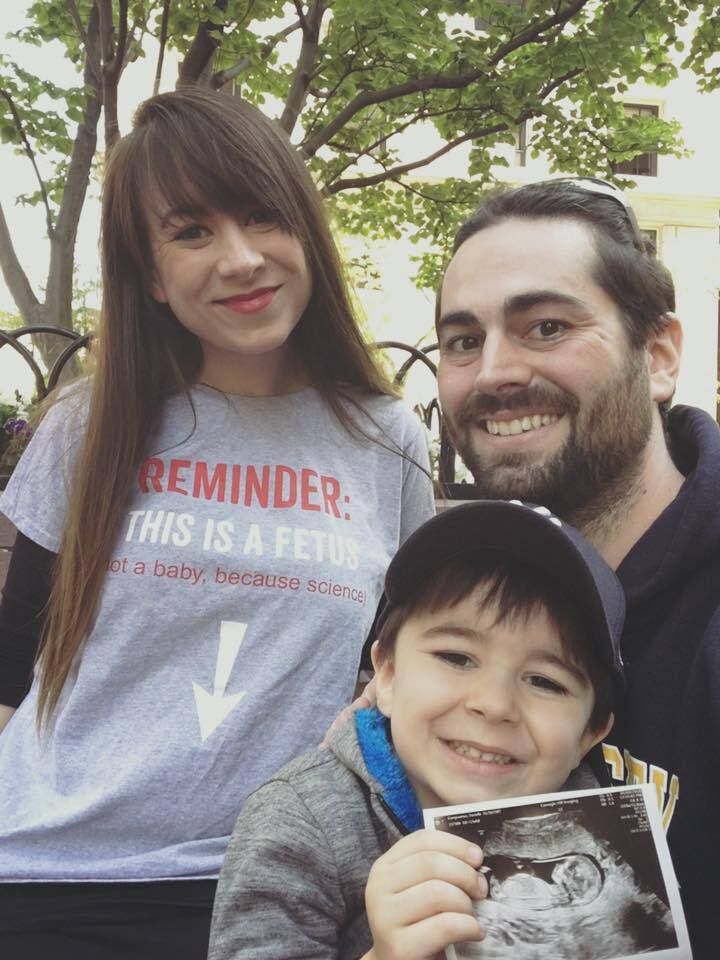 Currently, six states only have one clinic that provides abortion services. Texas has essentially banned abortion care in the state, making any abortion performed around six weeks of gestation illegal — before most people even know they’re pregnant. The Supreme Court has refused to intervene, signaling the end of Roe v. Wade. And as many as seven states plan to enact similar abortion bans, making it that much harder for people to get the care they want and need.

These nefarious laws are all introduced and passed by people who claim to value parents — to honor mothers and the work we do. They’ll hide behind shallow pontifications on “family values” and “the sanctity of motherhood.”

But if they really wanted to help us be the best parents we can possibly be, they’d pass mandatory paid family leave, universal child care, equal pay for equal work, and fight to lower rising maternal mortality rates.

And they’d make abortion as affordable and accessible as possible.

I wouldn’t be the attentive and adoring mother I am today if it wasn’t for my abortion and the providers, nurses, and clinicians who made it possible. My sons wouldn’t have what every child deserves — a loving home filled with the food they need, toys they definitely don’t need, and people who very much wanted them to come into the world.

My sons will never feel like they were government-mandated, a byproduct of anti-abortion laws that made them a “consequence of sex.” Instead, they’ll feel what I longed for when I was a kid — valued. Respected. Loved. Wanted.

I shudder to even consider what my life would look like — or the kind of mom I would be — if my abortion was not part of my family’s plan. But because it was, I have my sons and they have me: a good mom.

Do you have a compelling personal story you’d like to see published on HuffPost? Find out what we’re looking for here and send us a pitch!