Any diehard Ed Sheeran fan is well-aware of the pop star’s addiction to Heinz Ketchup — the "Shape Of You" singer regularly professes his love for the tomato-based condiment via social media, and he even got the brand logo tattooed on his arm. And just in time for National Ketchup Day on June 5, Heinz’s Ed Sheeran-Inspired Tomato Edchup is here, so you’ll be able to celebrate with your favorite ketchup lover. It features a special limited-edition emoji bottle, and I don’t know about you, but I am definitely going to need one (or like, five) for myself.

Fans have known about Sheeran’s love for Heinz Ketchup for several years. In fact, according to the brand, about one third of @HEINZ Instagram posts from the last five years include Ed Sheeran mentions and tags in the comments from followers and fans of the singer… which is pretty significant, if you ask me. And to appease fans across the globe, HEINZ and Ed Sheeran finally spoke publicly via Instagram earlier this year in April 2019. But everything escalated on Wednesday, June 5, when both parties took to Instagram to announce they’re teaming up to introduce “perfect” bottle of ketchup for National Ketchup Day, which is officially called Heinz Edchup.

Heinz Edchup is exactly what it sounds like. According to the brand, each bottle features a special Ed-Inspired emoji, containing 32 ounces of pure tomato ketchup. The emoji basically looks like Ed Sheeran if he were magically transformed into a tomato, so bottom line: it’s beyond glorious. 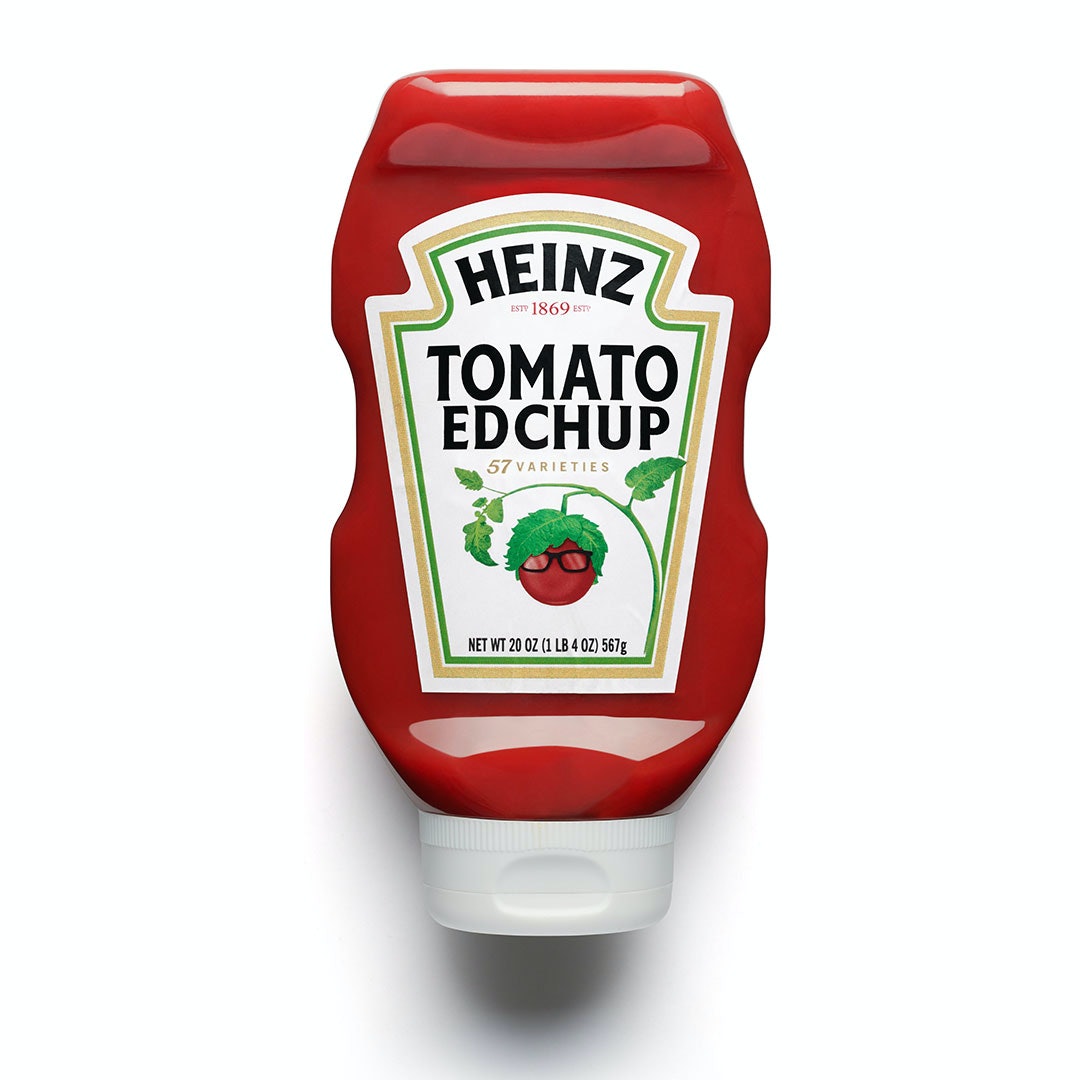 It really is a sight to behold, isn’t it?

If you want to get one of these special edition Edchup bottles for yourself, simply navigate to the Heinz Edchup website and buy one for $5. Keep in mind, that there is a limited of five bottles per U.S. resident, and — most importantly — that there are very limited quantities in stock. So, you will definitely want to snag one while supplies last. It would be a real shame to miss out on this.

Oh, and as you would probably imagine, Sheeran is over the moon about this glorious partnership. On the morning of Wednesday, June 5, the singer-songwriter posted to Instagram, using a photo in which he’s kissing an Edchup bottle. The caption reads: 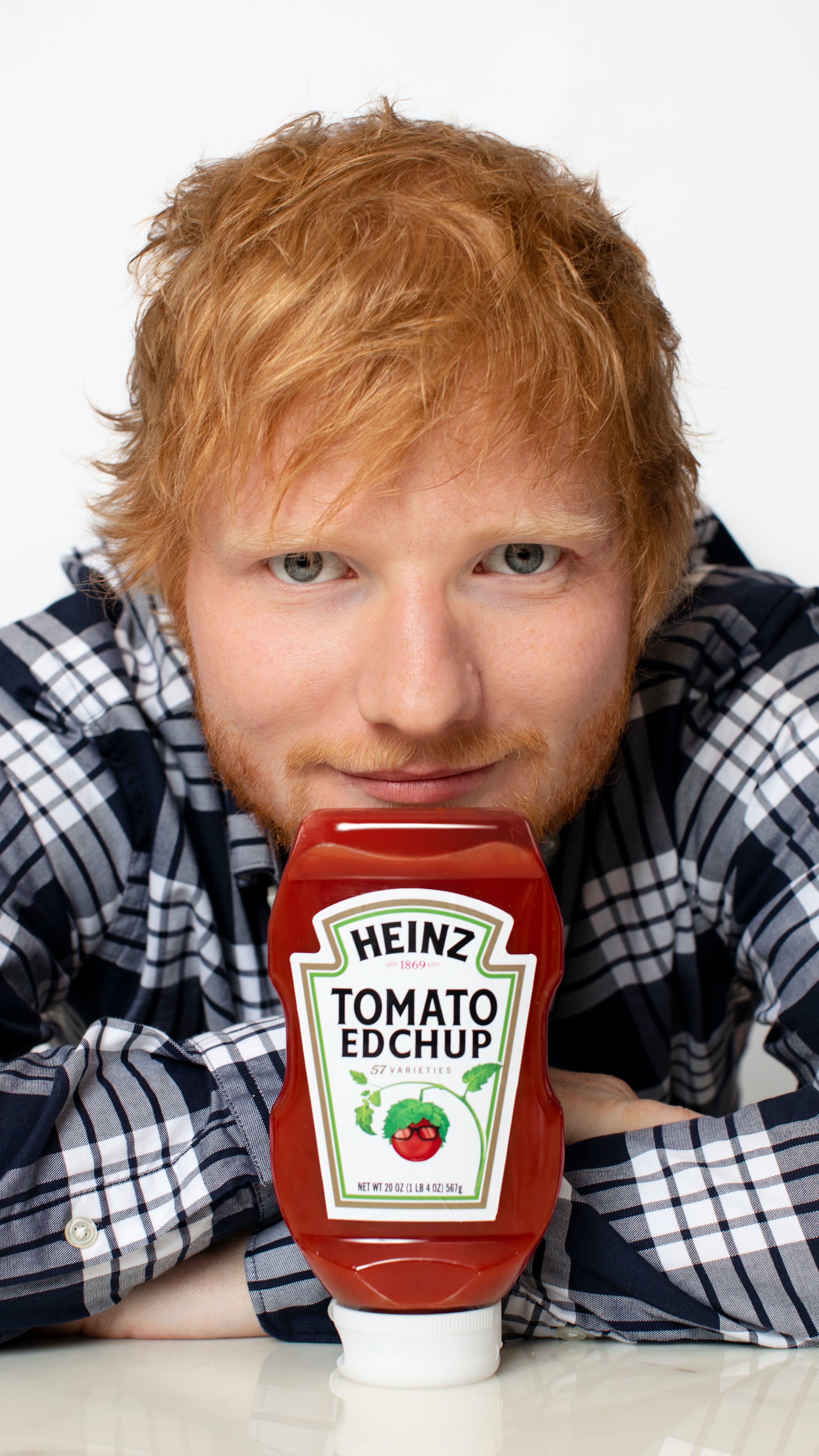 Heinz is no stranger to offering limited-edition products. Earlier this year in January 2019, the condiment company released "Ketchup Caviar" which featured fancy looking bottles, containing small caviar-like balls of ketchup. Maybe you gave it a shot in order to up your fancy game, or maybe it looked too revolting to try. Either way, though, the brand slays with unusual special edition products.

I just want to say how proud I am of Sheeran. His favorite brand in the world featured him on a bottle of their classic ketchup, and correct me if I’m wrong, but that’s a really, really big deal. Honestly, I’m jealous. IDK about you, but getting my face on a ketchup bottle will forever be an aspiration of mine, and Sheeran is living the dream.