Back in days of old, we’d have heard a collective intake of breath, some theatrical whistling or possibly a loud ‘woo-wee.’

Instead, as the Speaker announced the Government had won its vote to reduce foreign aid spending by 333-298, all we got were muffled coughs and the awkward shuffle of order papers.

Rotten Covid. A reduced chamber has robbed us of all drama on these occasions. Let us hope the fizz returns next week. 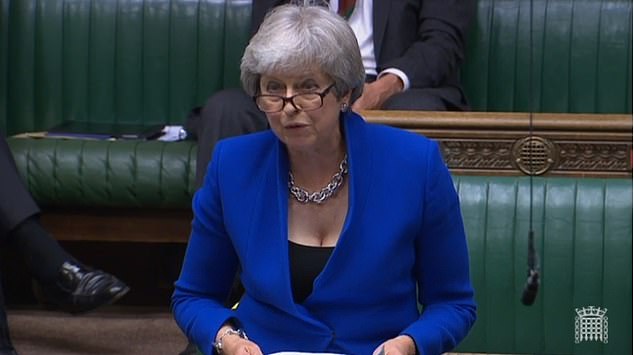 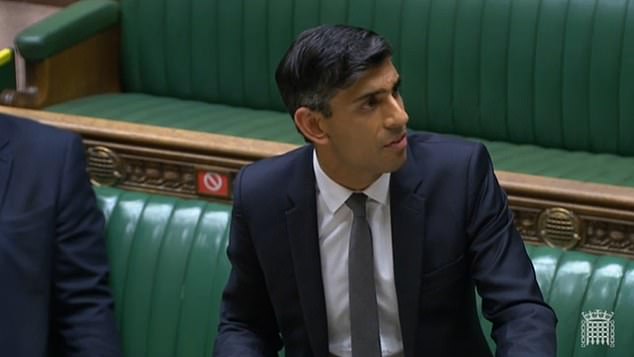 Chancellor Rishi Sunak, pictured, offered a compromise to restore the 0.7 per cent figure once the economy recovered from the pandemic

The Tory rebellion to reduce the aid budget from 0.7 per cent to 0.5 per cent of national income had been a sizeable one.

But Chancellor Rishi Sunak’s offer of a compromise, pledging to return it to previous levels once the economy had recovered sufficiently from the pandemic, was enough to win the day.

The Government had won ugly, as tennis pundits say. Chalk another point up for Rishi.

Boris had opened the two-hour debate, reminding the House that we were now living on borrowed money. We’d blown £407billion protecting people from the ‘economic hurricane’ of Covid. What we spent now was effectively stealing from future generations.

More from Henry Deedes for the Daily Mail…

It was obvious that the PM was unhappy having to persuade his backbenchers from gumming up the works. In the short time he spoke, no interventions were permitted. Sitting down, he yanked his XXL face mask huffily around his ears and squeezed his hands under his armpits. He looked like a cross scarecrow about to go on strike.

Sir Keir Starmer climbed high up into his pulpit. He lauded previous prime ministers for speaking out against the cuts. Even ones he’d happily slagged off before.

‘There is only one prime minister prepared to do this and he is sitting there,’ the Labour leader said pointing dramatically over the despatch box. Boris let out a gaping yawn and wearily shook his head.

Starmer niggled the PM over refusing to take interventions. He then immediately refused to accept one himself.

The Tory benches jeered. Sir Keir scowled. He gets testy when people interrupt him. It’ll be interesting to see how he fares when numbers here swell.

Cue a deep blast of organ music. The Rt Hon Theresa May was on her feet. Rarely does she speak unless it’s to wag a bony finger at her successor.

Mrs May reminded the House that in her 25 years in Parliament, she had never voted against a three line whip. But in reducing foreign aid, the Government was breaking a promise to the poorest in the world. Down in front of her, Boris swayed impatiently and rolled his eyes.

With a dramatic swish of her right hand, May whipped off her specs, revealing those sharp peepers in all their Medusa-like glory. ‘With deep regret,’ she announced slowly. ‘I will not be voting with the Government today.’

The organ pipes struck up again. The PM quickly bolted for the exit. Speeches that followed struck a similarly funereal tone, all moody cellos and slow violins. Andrew Mitchell (Con, Sutton Coldfield) complained of an ‘unpleasant odour’ creeping out of the Tory party’s front door.

He derided the Chancellor’s compromise as a product of Rishi’s ‘silver tongue’. It would never happen, he predicted.

Tom Tugendhat (Con, Tonbridge) came over all emotional. He poured praise on Rishi. He had done so much good. Then coldly informed him he couldn’t possibly support him. Shades of a mafia don kissing his trusted consigliere on the cheek before garrotting him. Meanwhile, Labour’s benches chorused with righteous why-oh-whys. ‘A con job,’ said Liam Byrne (Con, Birmingham Hodge Hill) who now sports a beard worthy of David Bellamy. ‘A renegade act by a renegade government.’ 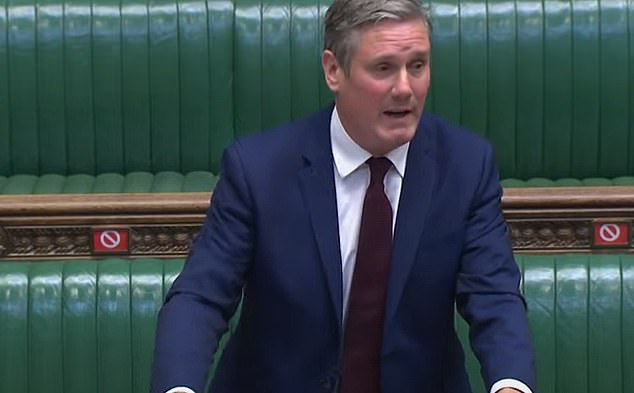 Shadow Chancellor Rachel Reeves put on a demonstrative performance full of twists and turns and outstretched arms which bore suspicious hallmarks of a speech coach. Yet Labour’s wailing felt hollow. As Peter Bone (Con, Wellingborough) pointed out, only a handful of backbenchers even bothered to show up.

Later, when the result had been announced, Rishi Sunak stood to calm frazzled tempers on both sides. He recognised the previous commitment to 0.7 per cent was a point of ‘significant unity’ and hoped he could return it once the pandemic had been dealt with.

In the meantime, the evening’s result would help him to get on with repairing our battered finances. God knows, he needs as much assistance as he can get on that.