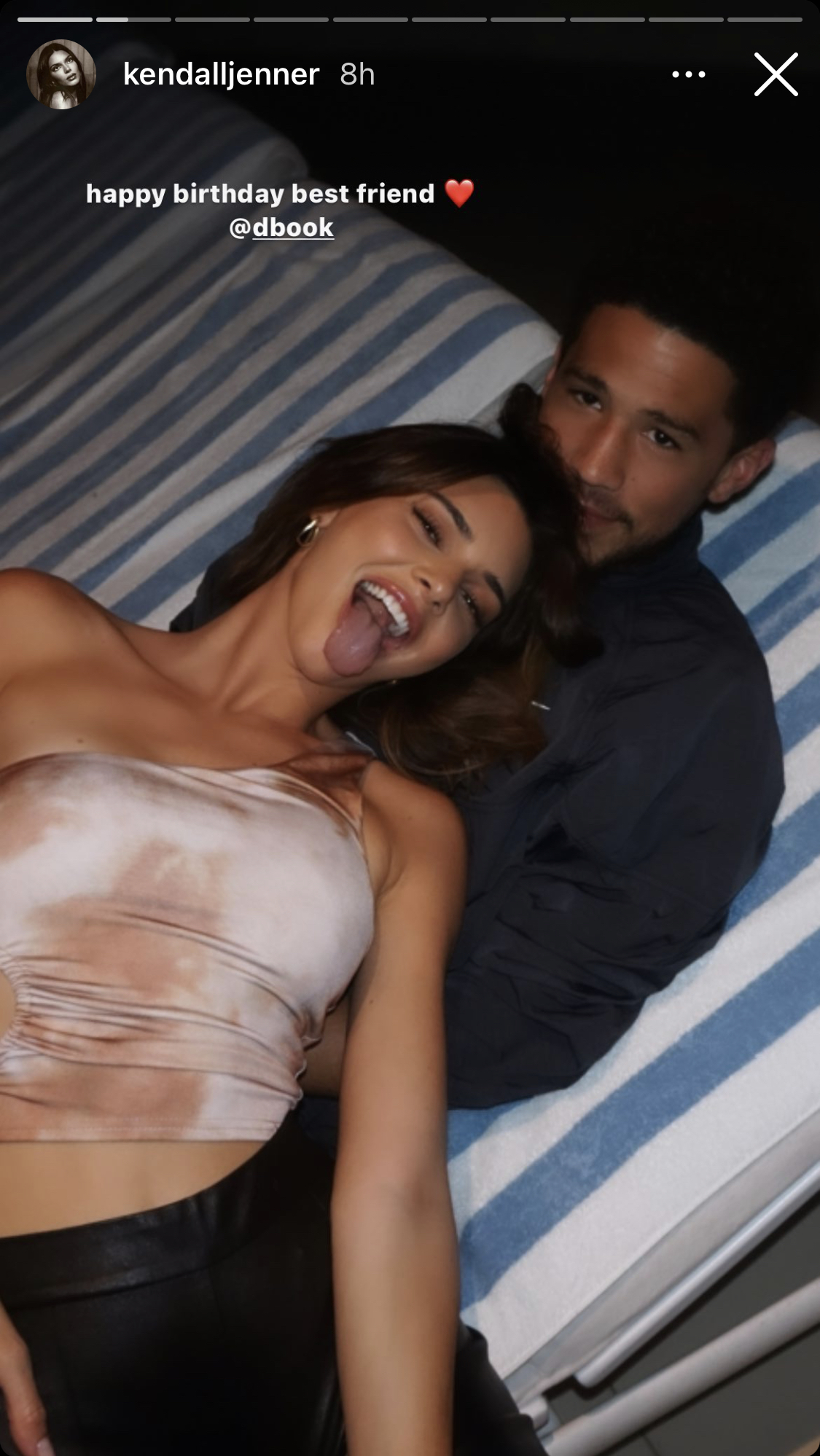 He’s not just her boyfriend but her best friend. Kendall Jenner shared a sweet tribute to her love, Devin Booker on his birthday.

The NBA player turned 25 on Saturday, October 3, and his model girlfriend, also 25, shared a few special photos on social media.

The first picture was a snap of her and Booker cuddling on a lounge chair. “Happy birthday best friend,” she wrote with a heart emoji. The 818 Tequila founder tagged the Olympian in the Instagram story.

Jenner’s next slide appeared to be a FaceTime conversation that she saved a screenshot from. The Keeping Up With the Kardashians star simply included three red heart emojis under her beau’s sweet smile. 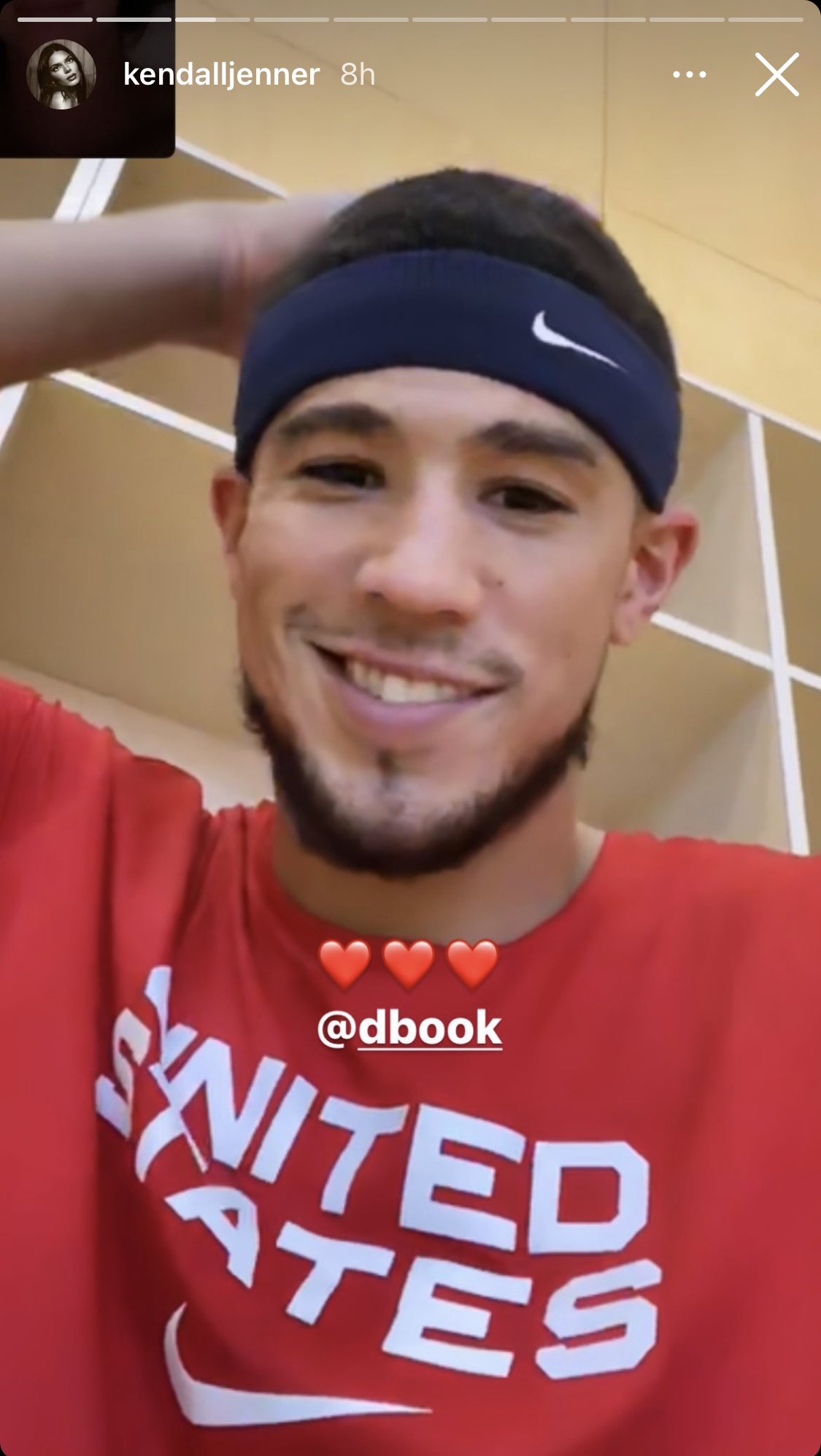 The couple has become more comfortable with flirty social media comments throughout the year. They first started going out in mid-2020, Us Weekly confirmed at the time, but they didn’t make their romance Instagram official until the following Valentine’s Day. Since then, the two don’t mind sharing the occasional personal pic with followers.

All the NBA Players That the Kardashian-Jenner Sisters Have Dated

Throughout October, Booker and Jenner have been in the Halloween spirit. Earlier this month, the two got competitive when carving pumpkins and shared photos of their jack-o-lanterns online.

“Pumpkin dont count if you used a stencil,” he tweeted on October 19. His girlfriend quoted his message in a retweet and jokingly added, “I feel personally attacked.”

“Yer corpse bride,” the model, 25, captioned an Instagram gallery on Wednesday, October 27, which was a nod to the 2005 Tim Burton film.

Booker left fans a little confused when he commented, “Don’t forget!” Many fans assumed that he meant his birthday was coming up.

The couple celebrate their birthdays only a few days apart. While Booker turned 25 on Saturday, Jenner will turn 26 on Wednesday, November 3.

The romance is serious for the pair, which is part of why Jenner is being more open than ever about a romance. As they celebrated their one-year anniversary in June, an insider exclusively told Us they had “practically moved in” together, cohabitating at Jenner’s home in Los Angeles.

“They really respect each other’s careers and give each other space to focus on her modeling or his basketball career,” the source explained at the time. “That’s probably what makes their relationship work so well is that they have that work-life balance.”

Fans will have to wait and see if that means Jenner will finally open up about her romantic life on camera. The Kardashian-Jenner family’s new Hulu reality show is currently in production.