Ida slammed into the Louisiana coast on Sunday as a Category 4 hurricane, making it one of the strongest storms ever to make landfall in the state.

But it was in the Northeast, hundreds of miles from the Louisiana coast, that the downgraded storm toppled rainfall records, caused rivers to swell to near historic highs and spawned tornadoes in New Jersey and Pennsylvania. Climate change no doubt supercharged the storm’s broad, devastating impact in many ways.

Ida’s devastation across the Northeast is “a reminder that the name and category of a storm aren’t necessarily correlated with impact,” Marshall Shepherd, director of the atmospheric sciences program at the University of Georgia and a former president of the American Meteorological Society, wrote in a Twitter post Thursday morning.

The death toll from Ida in the Northeast has already surpassed the toll in the Southeast.

Below are some of the records and near records Ida set on its violent journey from the Gulf of Mexico to New England.

A beast of a storm

Hurricane Ida tied last year’s Hurricane Laura and the Last Island Hurricane of 1856 as the strongest recorded cyclone on record to hit Louisiana. When it came ashore south of New Orleans as a Category 4 hurricane, it had maximum sustained winds of 150 miles per hour.

NASA said preliminary data shows that Ida was also the fifth strongest hurricane to ever make landfall in the continental United States.

As Ida made landfall, a wind instrument aboard a ship in Port Fourchon, Louisiana, recorded a gust of 172 miles per hour — among the strongest ever recorded from a hurricane on U.S. soil, according to The Weather Channel.

Until Ida, New York City had never once been under a flash flood emergency — the most severe type of flood alert that the National Weather Service issues.

“This is a life-threatening situation,” the emergency read. “Seek higher ground now!”

A flash flood emergency is reserved for “exceedingly rare situations when extremely heavy rain is leading to a severe threat to human life and catastrophic damage,” according to the Weather Service’s website. It is more dire than both a flash flood watch and warning.

It was just the second time that the Weather Service’s office in New York had had to issue such an alert. The first came one hour earlier for Northeast New Jersey.

Ida delivered a stunning amount of rain across a huge swath of the Northeast. Parts of the tri-state area saw upwards of 10 inches over a 48-hour period.

Newark, New Jersey, experienced its wettest day in recorded history on Wednesday, with more than 8.41 inches of rain. That shattered the previous 24-hour record of 6.73 inches, set in 1977. 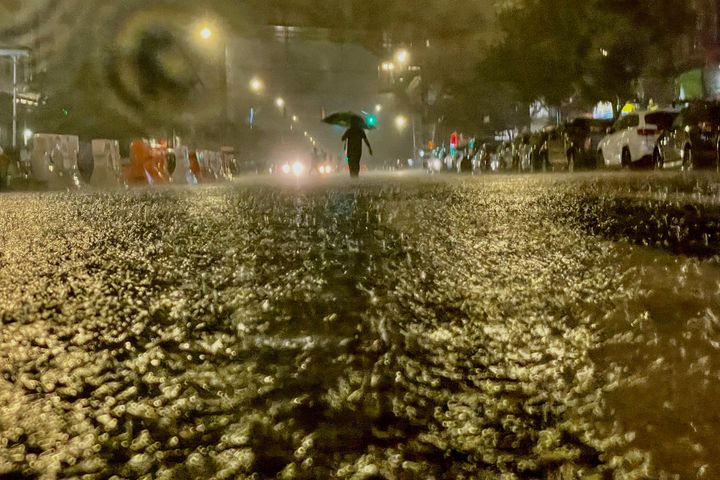 Some of the most severe flooding is occurring in central Pennsylvania, where at least three storm-related fatalities occurred.

The Schuylkill River in Philadelphia crested Thursday morning at 16.35 feet, just shy of the 17-foot record set in 1869. And the Conestoga River in Lancaster reached 18.49 feet, the third highest crest on record. 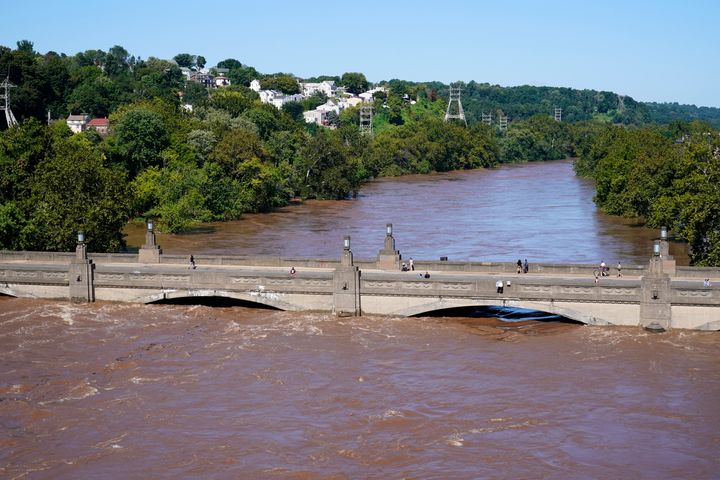 Ida’s weeklong wrath comes as the U.S. enters what is typically the most active part of the Atlantic hurricane season. Dennis Feltgen, a meteorologist and spokesman for the National Hurricane Center, told The New York Times that 78% of tropical storms, 87% of minor hurricanes and 96% of major hurricanes occur between August and October, with the most activity usually in the first half of September.