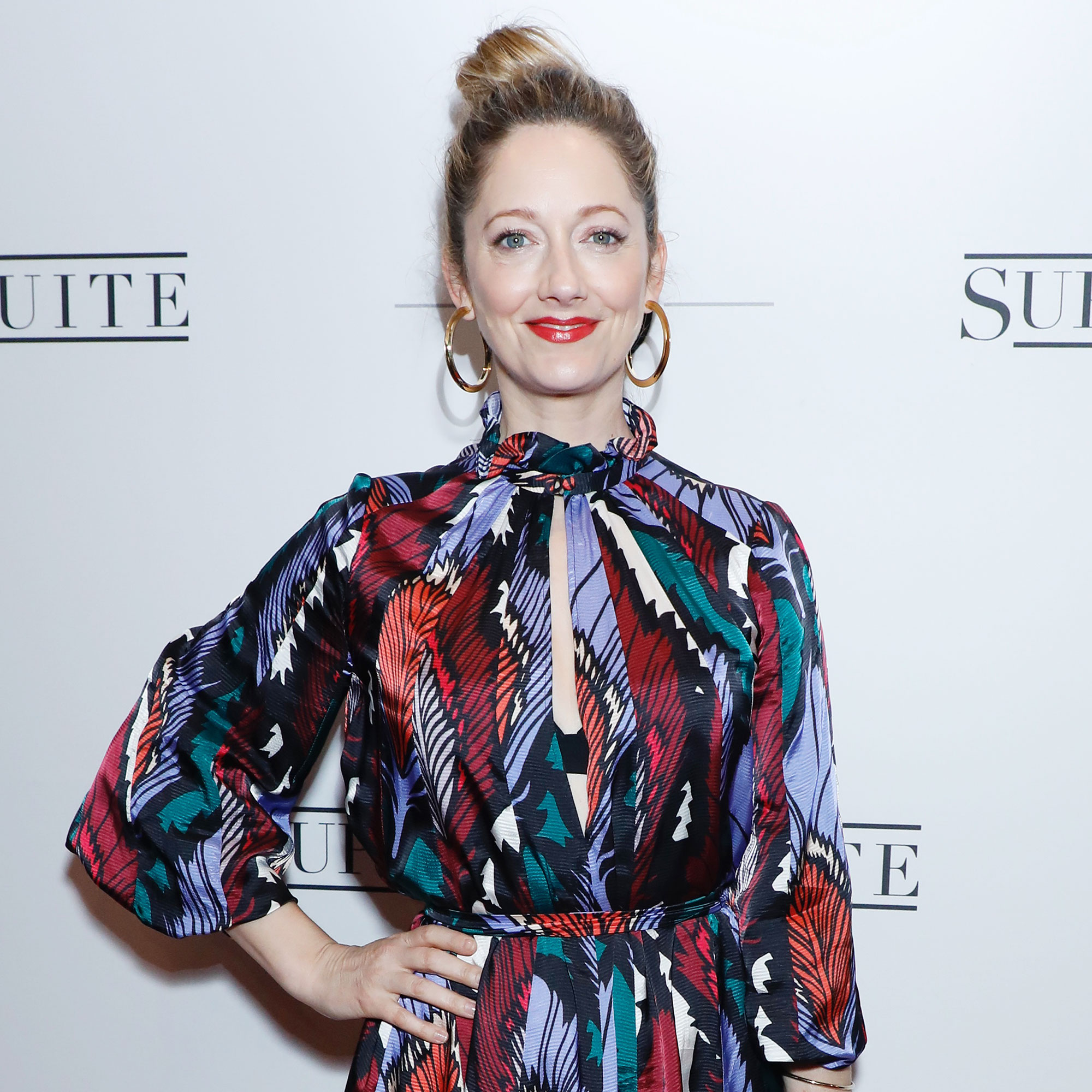 Michael Myers just won’t die. The disturbed menace returns to wreak havoc on Laurie Strode and her family once more in Halloween Kills, but this time, he’s bringing more blood.

“This movie is, like, a thousand times gorier. It is so fast-paced,” Judy Greer exclusively reveals in the new issue of Us Weekly. “[Jamie Lee Curtis] is just so fun and we have so much fun making these movies. In the midst of it all, we would burst out laughing and we’re, like, covered in blood. We had this blood set and blood bucket off set. It was filled with fake blood.”

The area, lovingly known as “the blood station” by the cast and crew, also included several fake blades and cutters.

“Before we would shoot, we would all have to walk through the blood station and dip our hands in this gooey, sticky, horrible substance. And just after doing it so many times, we’d just look at each other and be like, ‘What the f—k are we doing?’ It’s so ridiculous,” she recalls. “You walk by the prop table and you see, like, 18 giant knives covered in blood. Just laying down in a row on a prop table. I was trying to stay out of the way in little setups that I wasn’t in.”

Horror Movie Stars: Where Are They Now?

While keeping her distance, the Lady of the Manor actress would keep busy — in an unexpected backdrop.

“I put my director’s chair in the morgue, and I was knitting in my director’s chair, surrounded by fake, dead bodies that Michael Myers had killed. Also covered in blood. There’s just blood everywhere,” she tells Us. “There’s blood on every knitting project I was working on. I think there’s still blood in my hair. It’s so sticky and so fun and so crazy. And then sometimes you’re like, ‘Crap! I have to go to the bathroom!’ … I’ve done a horror before, but nothing this bloody.”

“It’s like if Halloween was reintroducing you to the story and the town and the trauma. It’s actually beautifully shot,” she explains. “The first one tells a story of trauma and Halloween Kills tells the story of mob mentality, really. And we open it up. Instead of to our family, we open the story up to the whole town. … What was exciting and what I didn’t expect in the first movie was just how important it was for us to get the story right. And that was something that I loved as an actor, to make sure we’re really telling the right story and honoring the characters.”

Curtis’ dedication to the franchise has been “inspiring” to Greer. “I hope I do other movies with her,” she gushes to Us. “She cares so much about this story of the Strode family in this town and Michael Myers. And so that’s one thing that I didn’t anticipate going into the first one, how important it was for us to examine the story of trauma. I’m like, ‘Oh, we’re going to have fun! We’re making a horror movie!’ But this is why some movies are successful, I think, and some art — because this tells a big story in it.”

Halloween Kills hits theaters and drops on Peacock Friday, October 15. Halloween Ends is expected to be released in 2022. For more with Greer, check out the latest issue of Us Weekly, on stands now.