I remember being struck when I first heard the lyrics to Florence + the Machine’s recent single, King.

With just those 11 words Florence Welch speared through the conservative pop culture narrative I had grown up with, the one that made it impossible to separate a woman’s identity from her marital status, or whether she had children. 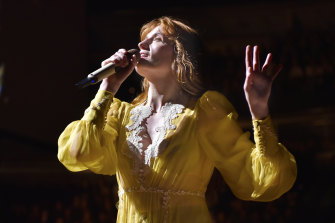 Florence Welch of Florence + the Machine performing during the High As Hope Tour in Chicago in 2018.Credit:AP

For much of my life what had been portrayed on screen reinforced a very particular view of what it meant to be a woman: find a long-term partner, settle down, raise a family. Anyone who challenged that norm was the outlier, the rebel, the vigilante.

It’s a phenomenon that feels particularly jarring in this current moment, as we shift in priorities and lifestyle, as well a news cycle that has led many of us to question decisions we might have made about having a family.

The female stereotypes of my TV guide, revisited

Growing up watching How I Met Your Mother, I had a particular adoration for Robin Scherbatsky, the fiery and slightly unhinged journalist.

Robin was introduced to us as a woman who had, at least initially, no desire to marry or have children. In order to make sense of this, she was portrayed as ruthlessly ambitious, commitment averse, and steadfastly un-maternal.

The writers of the show, Craig Thomas and Carter Bays (notably both men), became so focused on explaining Robin’s the absence of kids and a husband that it became a core part of who she was, and her place in the world.

Samantha Jones from Sex and the City was given a similar treatment. As Jones pursued her career and the men of Manhattan, the writers reminded us frequently of her anti-kid belief system. It was made explicit when she asks a mother and her crying baby to leave a swanky restaurant.

“I understand that your child and I have to co-exist in this city,” she says. “But perhaps you could take him somewhere more appropriate for a Happy Meal so I could have a happier one.”

Ironically, by liberating these characters to be free of the marriage/kids pipeline, they became stuck in a different one: a continual explanation as to why they had no marriage or kids.

Marriage and its flattening effect on female characters

Marriage has always been the fastest way to lead interesting female characters down the aisle of anonymity.

From Clara Bow’s character Betty Lou in the silent film It (1927), all the way through to Gossip Girl, the credits rolled once the women, who we watched for seasons develop into complex characters, fulfil their destiny: have their identity homogenised with a – more often than not – mediocre man. 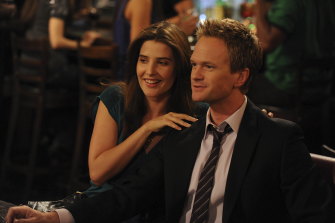 Robin Scherbatsky, played by Cobie Smulders, and Barney Stinson, played by Neil Patrick Harris, in a scene from How I Met Your Mother.

Sex and the City ends when Big bags Carrie, Friends ends when Rachel ditches her dream job for Ross, How I Met Your Mother ends when Ted’s wife has been dead long enough for him to finally ask Robin on a date.

Even Catwoman couldn’t escape the grips of marital terror: In the final moments of The Dark Knight Rises (2012), director Christopher Nolan tames the feline into a quaint life by the Italian seaside with Bruce Wayne.

Women taking the reins of storytelling

Florence + the Machine’s King is the latest counter-cry, and slowly more interesting female stories are emerging as more women take control of our stories.

In her Grammy-winning album Daddy’s Home (2021), St. Vincent struck a chord with her song My Baby Wants a Baby. Asking herself if she should have children, she argues:

Her reasoning for not wanting children was so far beyond the cataclysmic, caricatured explanations that have flooded pop culture – it was refreshing, and a far more relatable answer to the choices women of my age and generation face (especially as someone who loves microwave meals a bit more than she should).

It’s probably not a coincidence that these alternative narratives are most common when women are at the helm of the narrative – St. Vincent produced and wrote the album herself. 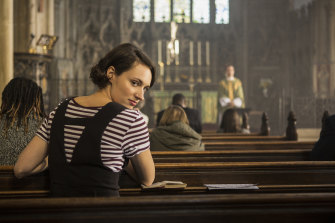 Maggie Gyllenhaal’s 2021 film, The Lost Daughter, is complicated – in a good way. The protagonist is not the wholesome, selfless mother figure we’re used to, but one who has struggled. She both loves her children and resents the “crushing responsibilities of motherhood”.

Then there’s the Emmy Award-winning British TV series, Fleabag, written by Phoebe Waller-Bridge. It’s hilarious and heartbreaking, an inspection of the intimacy of female friendships, the politics of family, and the inner turmoil of a woman who is simultaneously completely self-assured and disastrously destructive. 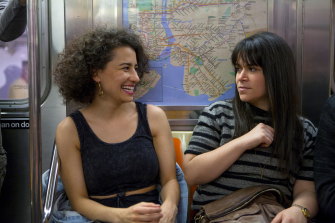 And Broad City, the five-season show written by Ilana Glazer and Abbi Jacobson, focuses on the friendship between two women as they navigate jobs, relationships, struggles and celebrations in New York. The ending of the show concludes with them off to pursue their careers.

These stories are more interested in the complexity and grit of their characters, stories that don’t strip women of their identities before, during, or after kids and relationships.

The bellowing reminder of Florence + the Machine’s King will echo in the space where female-written narratives have long been neglected by popular culture: I am no mother, I am no bride, I am King.