FAMILIES returning from Spain were this week told to quarantine – while the Government warned more curbs may be coming.

It left thousands either out of pocket, battling for refunds or worrying about whether to go on holidays they have booked. 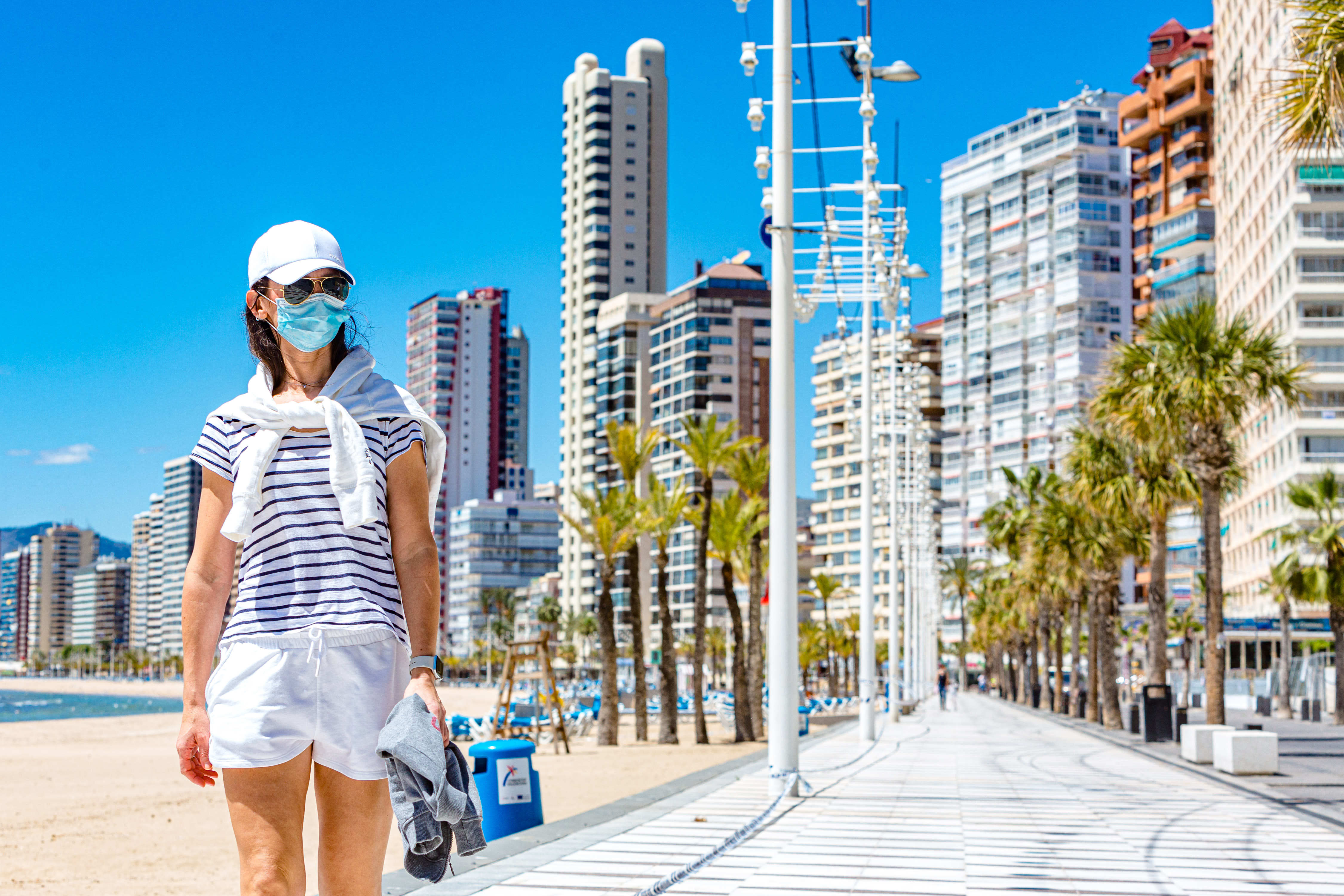 Here we look at some of the problems facing thousands of Brits – and how to protect your holiday plans from lockdown.

Problem 1: I’ve booked a trip but now it’s been cancelled

BIG travel firms like Tui and Jet2 are cancelling trips to Spain, which is good news if you don’t want to go.

That’s because if your flight or package holiday is cancelled, you are legally entitled to a refund.

Package trips should be fully refunded in 14 days and European flights seven days, but there have been frustrating delays.

Samantha Smith, 27, from Swadlincote, Derbyshire, is battling for a refund from Love Holidays after it cancelled a weekend away to Barcelona for her and four friends.

The final payment for the package trip, £1,200, was taken from her account on July 9, but just four days later the break was cancelled.

She immediately requested the money back, but is still waiting after more than two weeks.

Samantha said: “I don’t know why they took our money only to cancel shortly after. I’m sick of endlessly trying to get hold of them.”

The girls instead went camping for £33 each.

Hotel stays that are booked directly are unlikely to be cancelled and you won’t necessarily get a refund, although you should definitely ask.

Problem 2: I’ve booked a trip but it hasn’t been cancelled

THIS is where it gets knotty. Operators don’t have to cancel flights just because the Government’s advice has changed, so you might not get your money back.

Your chance of a refund depends on the kind of trip booked.

With package trips, you can argue for one if your plans have been significantly affected by “extraordinary circumstances”, such as the Government’s travel warning.

With flights booked on their own, you aren’t owed a refund – unless it is cancelled. 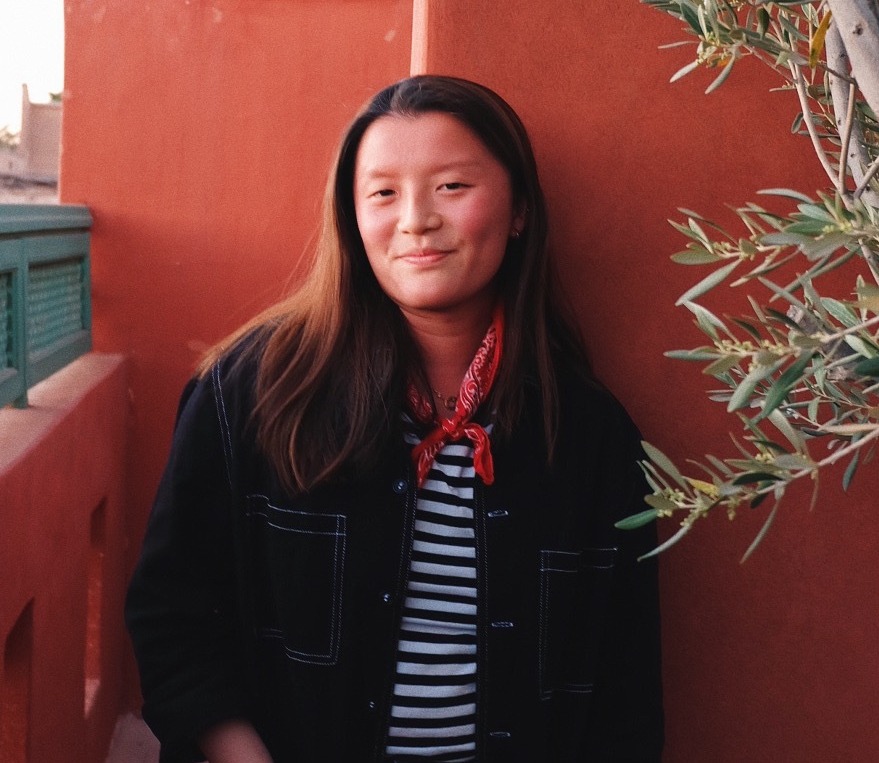 You may be able to claim on your travel insurance, but if you took it out after the ­pandemic broke out in March, it probably won’t cover you.

Airlines may offer you the chance to rearrange flights.

Wendi Lai, 26, a project executive from Clapham in South London, had booked a trip to Alicante for early August, flying out with easyJet, returning on Ryanair.

Neither flight was cancelled but both airlines allowed her to postpone her trip, either via a credit note or by switching her to a flight later in the year.

She said: “It was a relief to know my money wasn’t lost.”

Problem 3: I’ve booked a trip for the future. What can I do?

IF YOU are happy to travel, your holiday will probably go ahead if it’s in an approved country.

If you don’t want to go, check your cancellation policy as you may lose all or some of the money you’ve paid.

Travel insurance will not cover you changing your mind.

You can wait to see if it gets ­cancelled, and then you’ll get a refund. 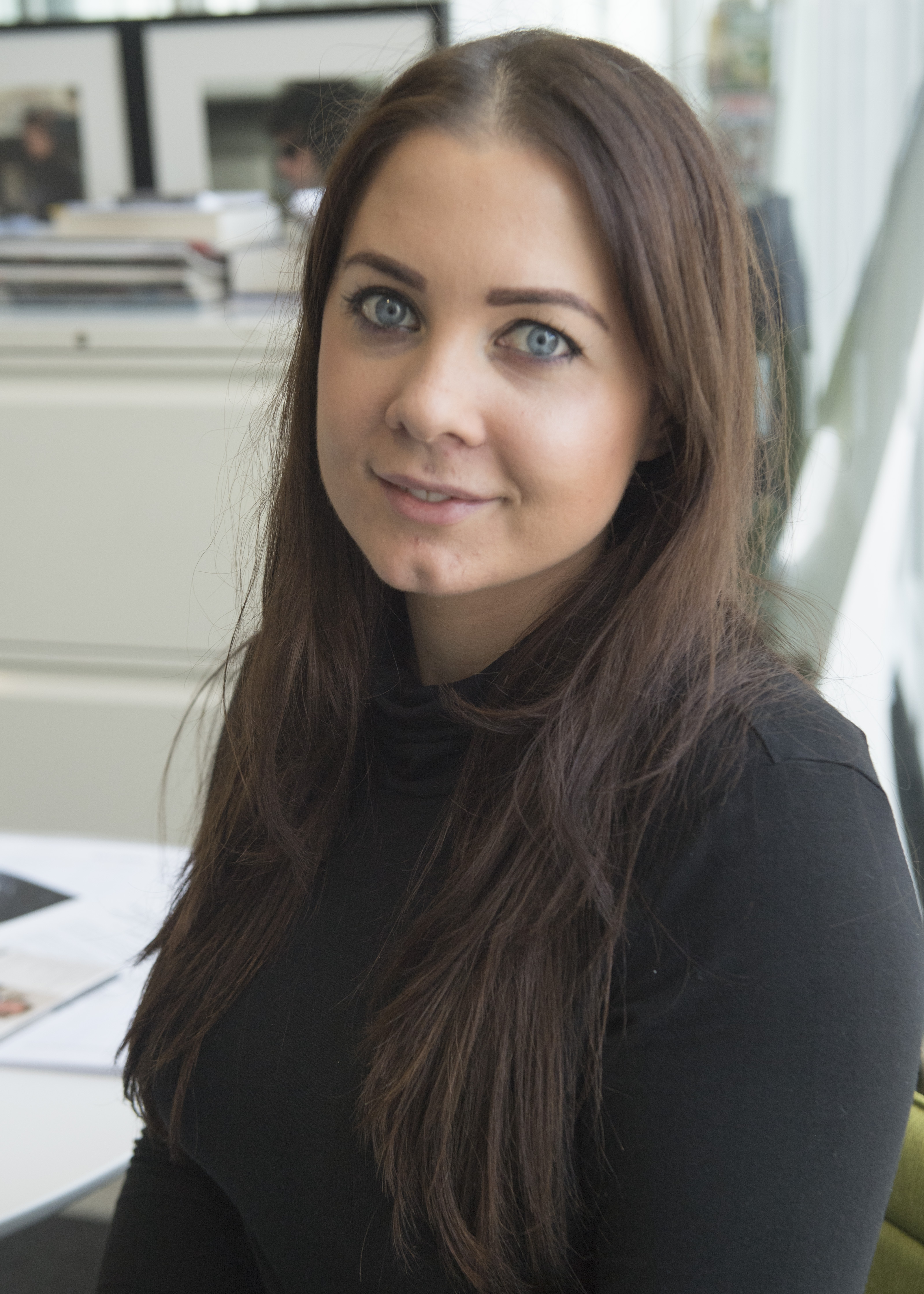 She and her family are going on a £7,400 trip to Miami this October to celebrate her 30th birthday – but face large losses if they hold out for it to be cancelled.

Gabi, from Essex, said: “We’re in limbo. I’d like to speak to someone to discuss the options, but they won’t talk to you until 21 days before departure.

"At the moment, if we were to cancel online, we would lose 30 per cent of the total cost. If we can’t get through to  them until 21 days before, we will lose 90 per cent of our money. It seems very unfair.”

Tips: How to protect your trip

Note that only two insurers, AllClear and Nationwide, will cover your booking if the Foreign & Commonwealth Office changes its advice because of a development related to the pandemic, according to consumer champion Which?

Only one (Nationwide) will pay out if your destination country restricts its borders.

Nationwide will also cover you if you cancel due to falling ill with Covid, so it’s a good choice, but to get it you need to sign up for the £13-a-month FlexPlus current account.

NURSERIES and childcare providers should reimburse parents forced to pay full fees despite lockdown closures, the competition watchdog has said.

Parents were pressured to make payments after providers said their child’s place would be lost or they would go out of business, the Competition and Markets Authority (CMA) found.

The CMA said it would not take enforcement action, but said parents could still take legal action over breaches of contract and terms they think are unfair.

Jobseekers must be careful

By Ashley Hart, Head of Fraud at TSB

LOTS of people are now on the hunt for a new job. Recently, nearly 500 people applied for just two jobs at a London pub.

As always, fraudsters have been active on online job boards such as LinkedIn with fake roles.

They usually offer great salaries with little in the way of experience or qualifications needed – all designed to get you to click ”apply”.

At this point you’re asked for a huge amount of personal information.

This is then used to target you with attacks ranging from telephone scams to phishing emails.

Scammers are also increasingly asking candidates to pay for “security checks” or “pre-employment qualifications” before a job can be offered.

Unfortunately, these are often scams – with an average loss of £4,000.

But you can stay safe when you’re job hunting. Don’t pay up front for any qualifications unless you’ve checked out the provider and done your research.

Don’t pay recruiters to rewrite your CV without checking reviews online to make sure you’ll get a good service.

Be very suspicious if they tell you that this is required to apply for a job.

Finally, check out the recruiter – personal e-mail addresses (like those ending with hotmail.com, or gmail.com) are sure signs of a fraudster at work.

A reputable company won’t mind if you give them a call to check the vacancy is genuine – and it could save you from becoming a victim.

NOT many parents would trust kids with a top-end gadget – but Amazon claims to have invented an unbreakable one to keep them entertained.

The Amazon Fire HD 8 Kids Edition comes with a two-year “worry-free” guarantee promising to replace the tablet if it gets damaged. 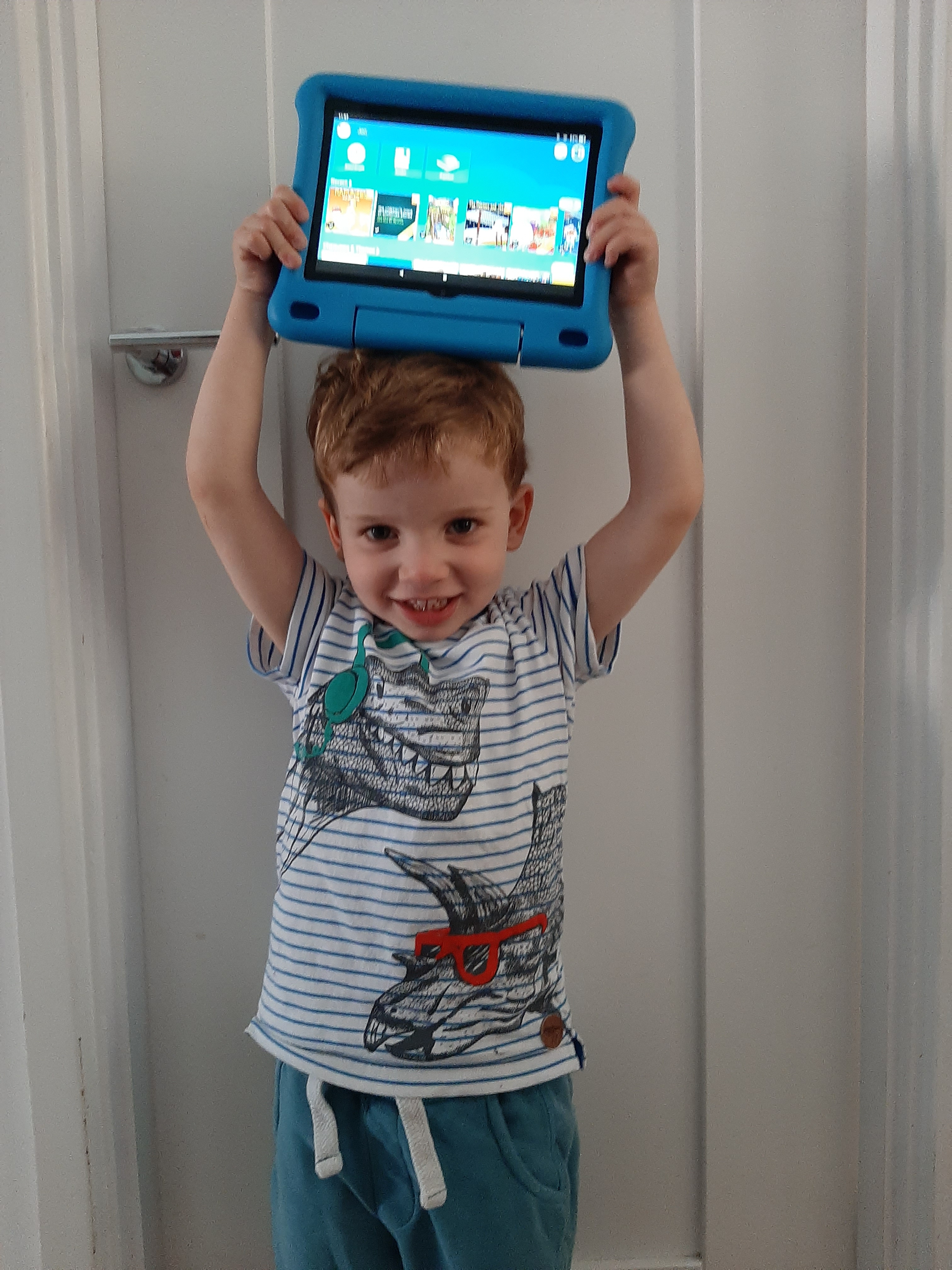 The £140 device also comes with a year’s subscription to Fire for Kids Unlimited, with access to thousands of children’s apps, games, videos, books and audiobooks.

"I ONCE let my son sit by my laptop and within seconds he had managed to prise off a key without me noticing.

"Nothing is handled with care and I would never normally let him play with anything worth as much as £140. But I was reassured by the chunkiness of the Amazon Fire HD 8 Kids Edition with its thick casing designed for little hands to grip.

"None of that razor-thin tech here – it’s built like a brick!

"Just don’t make the mistake I did and allow your child to get hold of it before you’ve set it up for them.

"It’ll only end up in a wrestling match when they make a beeline for their favourite apps (in our case CBeebies) and refuse to let go.

"With this device, parents always win. That’s because there are clever timers controlling how long the kid spends using its different functions, like playing games, watching videos or reading books.

"Another great feature is that you can set them learning goals. For instance, they have to spend a certain amount of time reading educational books before they can watch fun stuff on TV.

"If you want them to switch it off at ­bedtime, the kids’ profiles can be set to disable at a particular time, then you just switch to your own profile and use it as a normal tablet.

"To change any of the timers, a PIN must be entered. Choose something they won’t guess!

"I was worried Jon would get hooked on the games and video apps so I’ve blocked them for now and we mostly use the device for reading books and listening to Audible stories.

"It’s been a great money-saver over lockdown because with the libraries shut, we’ve not been able to borrow books and would have had to buy them.

"The Fire has hundreds of books for three to five-year-olds, with Jon’s favourites being the Mr Men and Thomas the Tank Engine collections.

"Had we ordered the Mr Men and Little Miss complete series physical books, I would have paid £59.99. That’s already more than 40 per cent of device’s cost.

"I’ve also discovered the wonders of Audible books on there. If Jon’s still not sleepy after books at bedtime I pass the baton to Episodes actors Tamsin Greig and Stephen Mangan and their ­beautifully-read fairytales on Audible.

"They read to him instead – and do a much better job than me!

"There are also loads of good apps on there to support his phonics and maths learning and although we don’t have time for videos, I can see how useful they would be on long car journeys.

"As for breakability, it’s more than passed the test. I’ve seen Jon stand on it, drop it and splash it with water. It’s survived without a scratch." 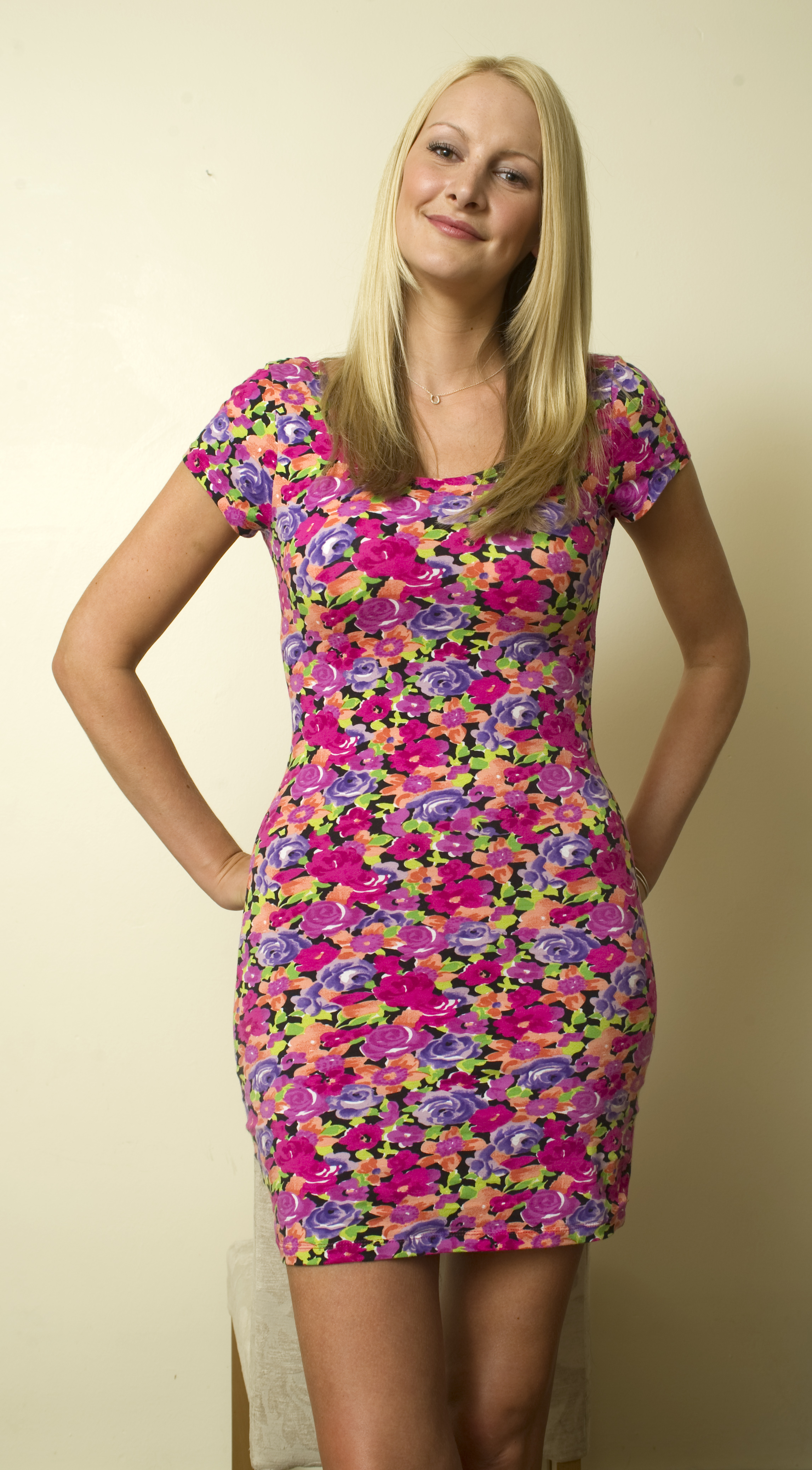 My top five freebies this week are: