Back-to-work dread: it's like the Sunday afternoon slump, magnified. You've finally started waking up mid-morning, forgetting what day of the week it is. But it's all about to end.

Dana*, 45, does not want her employer to know just how much she hates the thought of returning to work. 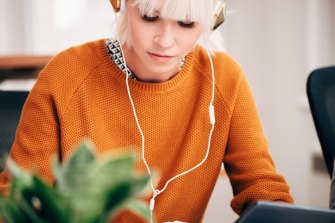 Back-to-work dread can feel like the Sunday afternoon slump, only worse.Credit:Stocksy

“I'm very anxious about going back. I’ve got two weeks and I’m just counting the days,” she says.

Although returning to work can be a welcome reprieve from family demands or loneliness for some, Cate Page, a director of employee assistance program (EAP) provider Converge International, says counsellors see many for whom the transition proves difficult. Some of it comes down to the individual's personality.

Then there are other factors that can cause us to struggle to return to normalcy, including personal issues that have escalated during the holidays (such as marriage problems) and, typical for this time of year, natural disasters (cyclones, floods and, of course, bushfires).

“Structure is incredibly important in our life and disasters can remove that structure, so getting it back gives us an added sense of control," says Page.

“But there can also be a real questioning of the normal routine, which suddenly feels completely meaningless as well as absurd, and that can last for six to 12 months."

Those not directly affected can feel survivor guilt, and returning to work as normal can feel somehow wrong: “They’re out mowing the lawn, going grocery shopping or cleaning the house. It’s like Pleasantville compared to other parts of the country."

Sometimes the reluctance to return to work can be about issues that existed long before someone goes on leave.

“They’ve put every emphasis on having a break and think the problem will be solved by having a holiday,” says Page.

“And when they come back, it hasn’t fixed the problem and there’s often a realisation that the problem is insurmountable. That can contribute to that kind of Monday-itis on speed.”

This is how Dana, who in December missed out on a role she was confident of winning, says she feels.

“I took a really long period of leave because I needed some time out to think," she says.

"With the emotional state I was in, I just wanted to quit my job. But now I realise that time out itself is not enough. I do need some assistance with this."

According to Page, there's a difference between burnout – which time off will alleviate – and compassion fatigue.

“With compassion fatigue, you’ll find that a holiday doesn’t cut it in any way whatsoever," she says.

For most people it’s an absolutely normal transition to feel slightly blue and very grumpy on the first day or two back, Page says, but the test is whether the person's mood improves after a few days of work.

“If it doesn’t, then that suggests perhaps a lingering dissatisfaction or a disconnect from one’s values and meaning. Objective support and counselling can help identify which of those two you might have.”

Page says the key to any transition is to prepare mentally and plan.

She suggests writing a list of things you might expect and crossing them off as they happen, and setting and ticking off a few goals, to get a sense of regaining control.

“And don't go in too quickly,” says Page. “Maybe put an hour aside for exercise and plan some nice activities throughout that first week, so if you’ve had a tough day at work you’ve got something to look forward to.”

*Not her real name