That was the message I sent to two friends who were eagerly awaiting news of my first, first date in over four years. The only problem was that this message came just an hour after it had begun.

Jake and I had worked in retail together for four years, but for most of that time, I’d been in a relationship.

A few months after my breakup, our colleagues started trying to get us together, seemingly for no reason except that we were both single and in our mid-20s. Some co-workers said they thought we’d be good together, although no one could ever say why.

Soon, I started to think they might be right, but also that he’d never be interested. He was a social butterfly; funny, outgoing, able to start a conversation with anyone, and most concerningly for me, a football fan.

I, on the other hand, was 5ft of sarcasm, socially awkward with a permanent look of disdain on my face, and a relationship with sport that ended during my last P.E lesson when I was 16.

I had no idea what we had in common outside of work, but I knew I wanted to find out.

I was telling a friend about him and I explained to her that I had a feeling we would get together eventually, it’d just be a case of when. Admittedly, I didn’t have a lot to go off, just a gut-feeling, vain hope and the fact that as far as I knew, he’d never actually denied being interested in me.

Then, in November of last year, an opportunity presented itself and I knew that the ‘when’ I’d been waiting for was finally happening. After six months of comments from colleagues, and becoming increasingly sick of wondering whether anything was ever going to happen between us, I went for it.

With two weeks of holiday to get over the humiliation of inevitable rejection, I texted him asking if he wanted to ‘hang out’ during my time off, and to my surprise, he said yes! With that, we arranged to meet for a drink a few days later. 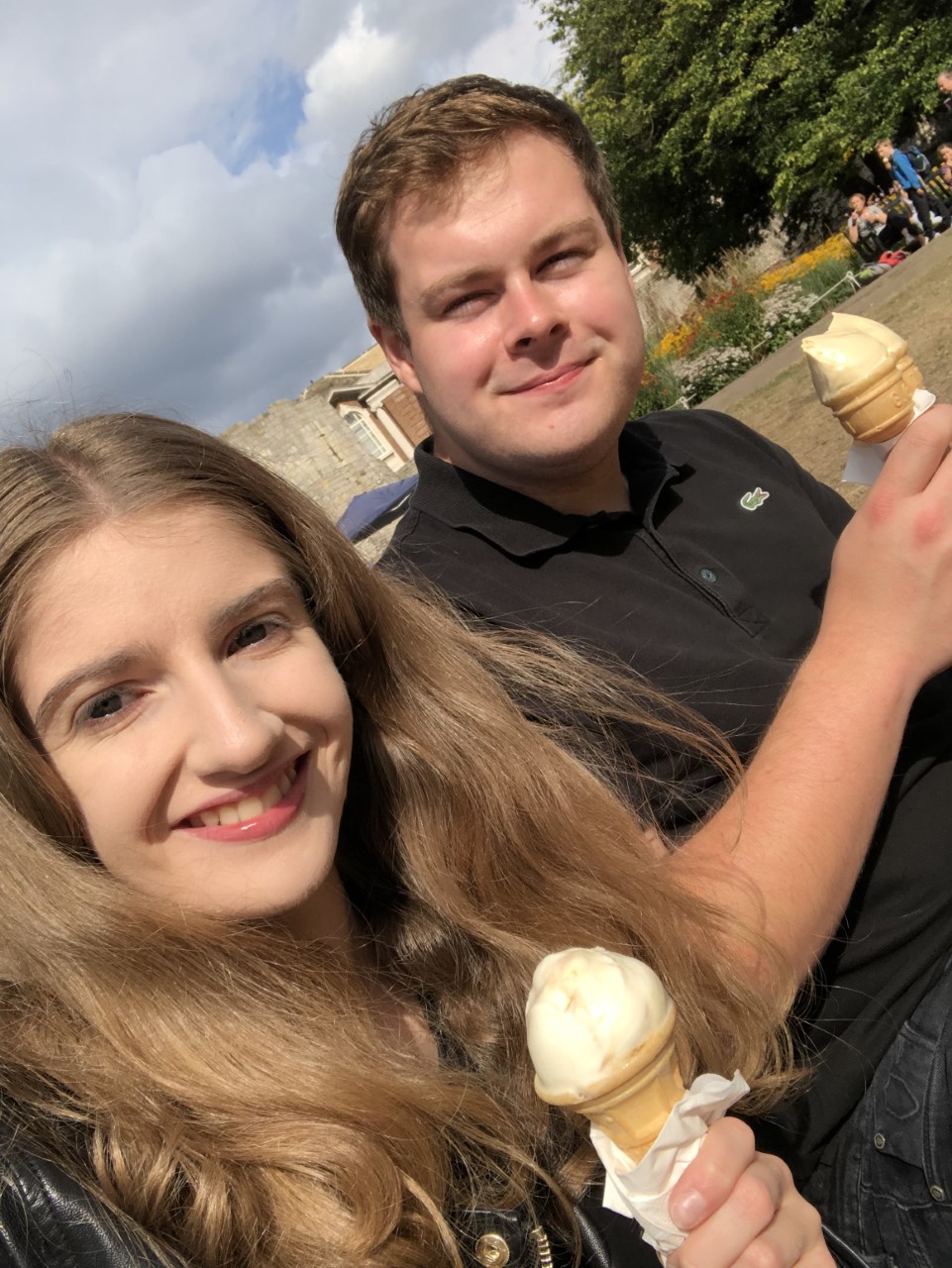 After months of will they/won’t they, days of nervous butterflies and hours of preening, our venue for the evening was a suburban pub in South Yorkshire, chosen solely for its location halfway between our two homes.

As we took our seats, I was sweaty-palmed and dry-mouthed, and two things became abundantly clear.

Firstly, I was embarrassingly overdressed for this very jeans and t-shirt kind of pub, and secondly, my date had no idea he was coming on a date.

Some months later, he later told me that it was only as he arrived and saw me, overdressed as I was, that he realised what was happening.

He’d barely set our drinks down on the table before, in typically male fashion, he wanted to get straight into the nitty gritty of our situation. Namely, how long I’d ‘felt like this’.

Trying and failing to play it cool, I nonchalantly told him I’d developed feelings for him over the last few months but, assuming he wouldn’t be interested, hadn’t wanted to risk making things awkward.

He concurred, saying he’d liked me for a while but had also assumed I wasn’t interested, although might’ve asked me out anyway, had it not been for ‘the work situation’.

What followed was a pretty uncomfortable conversation about how we both felt and for the first time, we acknowledged the months of light-hearted torment we’d both endured at the hands of our co-workers.

We talked about how uncomfortable it had been at times, how we’d both tried to laugh off their jokes but had never explicitly denied liking one another, and what they’d say if they could see us now.

Then it came time to address the elephant in the room – work. Despite their teasing, senior colleagues had always said that we could never be in a relationship and continue to work together because we were both in management positions.

This led to an intense discussion about how we could feasibly date around the rota, keep things quiet from our colleagues and which of us would eventually leave when the time came.

Heavy housekeeping conversations done, we settled into the date and chatted happily about work, family, friends, life – things were going well. It was a huge relief to find we got on so well outside of the office.

Then, after an hour or so, the texts he’d been ignoring became phone calls. It turned out that, being the people pleaser he is, teamed with not realising he was going on a date, he had squeezed our rendezvous into his evening before long-arranged plans with his friends, who were now wondering where he was.

Apologising profusely, he left. Although not before offering me a lift home, even though he was already late. I refused and retreated awkwardly to the toilets to text my friends while I waited for my ride home.

The date had ended leaving me conflicted. On one hand I was underwhelmed that something I’d thought about for so long had ended so abruptly, but on the other, we had got along well and I was optimistic at the mention of a second date.

As we said goodbye, he promised me that if we ever did this again, there would never be any other plans to get in the way of our time together. And 11 months later, there never has been.

Almost one year on, I couldn’t be any happier with what that hour was the start of. We ended up keeping our relationship secret for six months before going public, although it turned out there had been no need – that ‘rule’ about management members dating one another no longer existed.

Our colleagues were happy for us and not much has changed at work, people can just make jokes about us liking each other with more confidence now.

So, How Did It Go? is a weekly Metro.co.uk series that will make you cringe with second-hand embarrassment or ooze with jealousy as people share their worst and best date stories.

Want to spill the beans about your own awkward encounter or love story? Contact [email protected]