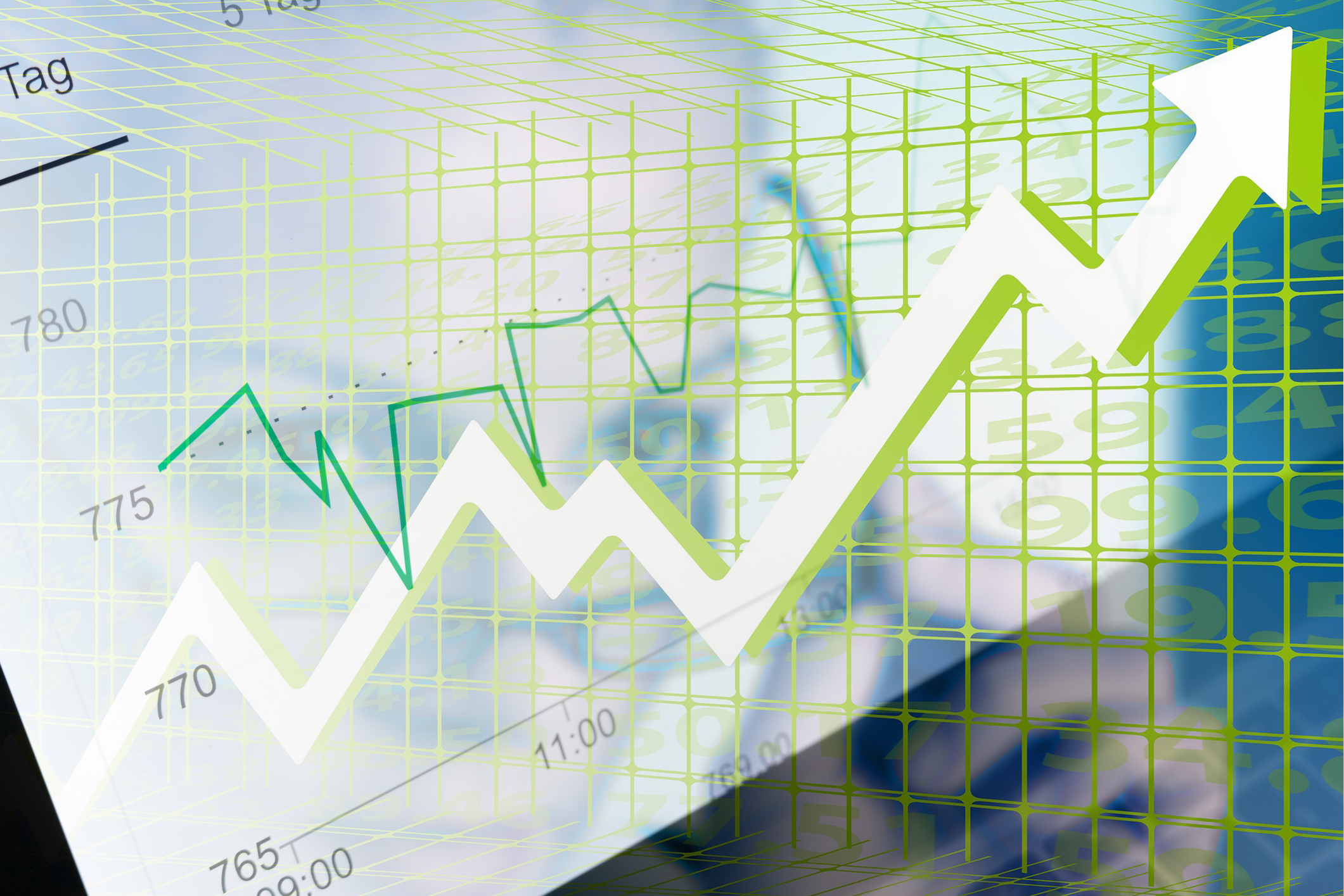 As if we needed another reason to worry about money, Bank Of England Governor Andrew Bailey last week delivered a grim message: things are tough and they’re about to get tougher.

Only weeks after pay packets took their first hit from Chancellor Rishi Sunak’s National Insurance hike, the governer’s warning of worse to come will be deeply unwelcome.

So why has the Bank chosen to hike interest rates from 0.75% to 1%, the third rise in six months?

The Bank’s job is to look after the economy, ensuring it doesn’t overheat or stagnate. To measure how well it’s doing this job, the Government gave the Bank an inflation target of 2%.

Effectively that means a 2% rise in the cost of living and, ideally, wages each year.

It’s considered a healthy rate of growth and means a reasonably consistent standard of living.

The problem is that inflation is at a 30-year high at 77%, according to the Office For National Statistics.

Now the Bank has said it expects that rate to go up to 10% later this year, with the governor admitting the British economy is in a ‘very difficult position at the moment’.

This is why the Bank has chosen to raise interest rates again. Essentially, the higher the base rate, the more expensive it is for companies and individuals to borrow money.

The cost of loans and mortgages goes up reasonably in line with the Bank base rate as lenders protect their profit margins by passing on their own higher costs to customers.

As a consequence of debt becoming more expensive to service, the theory goes that companies and individuals borrow less money and save more.

That means lower spending as we all tighten our belts, which slows economic growth, in theory bringing inflation back down.

This is really important for the wider economy, because inflation, if left unchecked, can cause big problems.

If the cost of milk, electricity, gas and the kids’ school uniforms along with all the rest of the household bills goes up by 10% — the equivalent of a £4 pint going up to £4.40 — in a year, we are all considerably poorer than we were just 12 months ago.

This inevitably means that, where possible, workers ask for a pay rise. If enough people are given a raise by their employer, or switch jobs in order to secure a higher wage, pay across the whole economy rises.

Businesses are forced to bear the higher costs of paying their workforce more, and that is priced into the cost of their services or produce.

Effectively it devalues the pound, and that makes it more expensive for us to import goods from overseas, feeding the inflation monster even more.

If, like Andrew Bailey, your job is to control inflation and protect the economy, then raising interest rates and cutting quantitative easing — printing more money — are the tools at your disposal.

Unfortunately, for we little people, it’s very much a case of jam tomorrow. Today, however, higher interest rates mean everything gets more expensive and we struggle to pay the mortgage, the energy bills and cover the cost of the weekly shop.

It’s cold comfort, then, that Bailey knows the cost of this ‘greater good’, telling the BBC: ‘I recognise the hardship this will cause for many people in the UK, particularly those on the lowest incomes, often with little or no savings.’ Too right.

We are in for an extremely uncomfortable few years and those for whom money is already painfully tight will suffer most.

What is the base rate?

This is the basic rate of interest set by the Bank Of England and it is used by other banks and financial markets as a benchmark from which to price loans, savings rates, bonds and various other financial instruments.

What rate is it now?

The Bank’s nine-strong monetary policy committee voted to raise the base rate from 0.75% to 1% last week.

Why have rates risen?

The cost of living is rising rapidly, with the price of fuel, energy, food and clothing all leaping noticeably in the past year. In March inflation hit 7% and the Bank now says it’ll get to 10% by the autumn.

The Bank is supposed to use interest rates to keep a lid on inflation, with its target 2%. Higher interest rates should discourage borrowing and spending, which theoretically slows price rises.

Compared to this time two years ago, yes. In March 2020 the Bank cut the base rate down to a nominal 0.1%. That was in a bid to shore up the economy as we went into lockdown.

At the same time, the Bank increased quantitative easing. This meant retail and investment banks could borrow money from the Bank Of England and pay virtually no interest, allowing them to release new money into the economy in the form of mortgages, personal and business loans and government gilts.

That huge influx of extra cash to the economy — along with geopolitics, Brexit and supply chain problems caused by the pandemic — is largely responsible for the very high inflation we have now.

Historically though, having the base rate at 1% is incredibly low. In 2007 before the credit crunch and ensuing financial crash, the base rate was 5.75%, meaning mortgage rates of around 7% were seen as cheap. Even that level was low in the grand scheme of things.

In the late 1980s and early 1990s the British economy boomed and then went spectacularly bust. Interest rates then were between 11 and 15%.

What happens to my money if interest rates go up?

Everything gets more expensive. Mortgage rates go up, so if you’re on a variable rate you’ll see monthly repayments rise.

If you’re on a fixed rate, you won’t see a difference until your term ends and you remortgage, at which point your rate is likely to be higher and repayments higher as a consequence.

Interest rates on credit card debt and personal loans or car finance may also go up, depending on the length of the deal you agreed.

Business loan interest also rises, and ultimately companies usually pass on their higher costs to customers. That will add to the rising cost of living.

On the upside, if you have savings or are looking to buy an annuity in retirement, higher interest rates are positive because you earn more interest on any capital you have and insurers are also able to offer better value annuities.

Will rents go up?

If you rent from a private landlord, they may want to increase your rent, especially if they are paying a mortgage and their lender charges them more.

If you’re in a fixed lease agreement, depending on the terms and conditions, landlords may be allowed to increase the rent only once a year.

Some landlords can afford not to charge more — it’s a good idea to talk to them as soon as possible to find out what their plans are and agree an arrangement that suits you both.

Is my job at risk?

The Bank Of England Governor has warned that unemployment is likely to rise as costs go up for employers, who are also being hit by higher taxes. At the moment just 3.6% of working-age adults are unemployed.

This is expected to go up to 5% over the next 18 months. It’s possible to take out accident, sickness and unemployment protection insurance, which would give you a payout were you to be made redundant.

Take note that employers are also under certain obligations to give redundancy packages.

Will I lose my house?

Back in the 1990s, the recession saw widespread lay-offs, leaving lots of households unable to pay the mortgage and banks took possession of their homes, which were sold to repay the debt.

When the economy crashed in 2008, the financial watchdog told banks not to do this, instead exercising ‘forbearance’.

It is likely that if you are struggling to pay the mortgage, your lender will be prepared to work with you to reduce payments for a while, or have a payment holiday to tide you through any rough patches. If you’re worried, talk to your lender as early as possible.

What if I’m already struggling with debt?

You are not alone. Most people have debts of some sort — the important thing is not to bury your head in the sand and hope that rising debts will go away.

There is so much free help available if you feel overwhelmed or need some practical help to get back in control.

Speak to advisers at StepChange, Citizens Advice or the Money Advice Service’s MoneyHelper.

Indirectly, but supply chain issues are far more influential when it comes to fuel and energy prices.

The conflict in Ukraine, international sanctions on Russia and the ongoing shortage of container ships in the right places has pushed energy prices up by hundreds of pounds a year for every household.

April’s energy cap saw the average household pay 54% more for gas and electricity, costing £693 more a year according to the regulator, Ofgem.

We are due another rise in October, and it’s likely to be a big one.

Will rates go up again?

It’s highly likely they will. Markets are already pricing in another 0.25% hike this year, with another rise expected next year that would take the base rate to 1.5% within a year.

Research house Capital Economics is predicting the base rate will rise to 3% by the end of next year.

If you want more tips and tricks on saving money, as well as chat about cash and alerts on deals and discounts, join our Facebook Group, Money Pot.