An Italian artist is defending his sculpture of a 19th-century peasant woman against charges of sexism after its unveiling sparked outrage among some lawmakers and art critics who said she looked more like a starlet than a peasant.

Spigolatrice di Sapri, a bronze sculpture based on a famous Italian poem of the same name, was unveiled during a September 25 waterfront ceremony in Sapri, southern Italy, in the presence of local officials and former Premier Giuseppe Conte.

The “spigolatrice,” or wheat gatherer, is shown wearing a snug off-the-shoulder dress that clings tightly to her buttocks. Critics said no 19th-century peasant, much less the fictional heroine of the poem — she leaves her back-breaking work in the fields to join a Sicilian revolt against the Bourbon dynasty — would have looked like that. 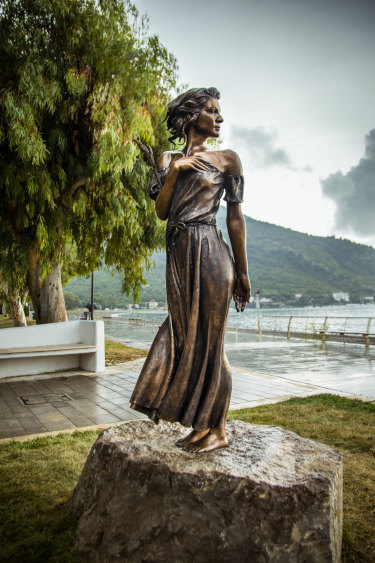 “It is an inappropriate statue, out of context, and also offensive,” Italian lawmaker Laura Boldrini said. “You take away from that woman the story and the dignity that she had.”

Art critic Teresa Macri, a professor at Rome’s Academy of Fine Arts, said the statue should be removed.

“It is miseducating and makes the mistake of portraying the image of a woman who has a contemporary posture and has a look that is much more similar to show starlets than a worker from the 1800s,” Macri told The Associated Press. 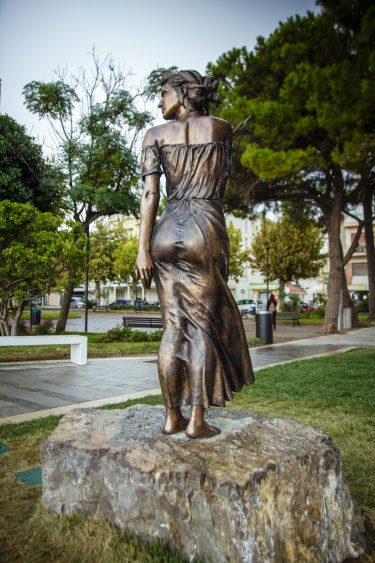 Italian lawmaker Laura Boldrini: “It is an inappropriate statue, out of context, and also offensive.”Credit:AP

Artist Emanuele Stifano, however, said all his works feature figures with as little clothing as possible, regardless of gender. Given the waterfront location of the statue, he envisaged his “spigolatrice” as being buffeted by a sea breeze that made her dress clingy, Stifano wrote in a Facebook post this week.

The aim was not to make a faithful snapshot of a 19th-century peasant but to “represent an ideal of a woman, evoke her pride, the awakening of a conscience, all in a moment of great pathos,” he wrote.

The artist said he was “shocked and disheartened” by the criticism and noted that his client, the city of Sapri, had approved a sketch of the sculpture.

Stepping in to defend the work, Sapri Mayor Antonio Gentile said any perceived sexism “is in the eye of the beholder.”

“I believe that statues have been knocked down only in countries where democracy has been suspended,” Gentile said, rejecting the idea of the sculpture’s removal.

Other modern works of public art have produced outcries in Italy, which counts some of the West’s greatest artistic treasures as part of its cultural heritage.

When Rome city officials unveiled a statue of St. John Paul II in front of the Italian capital’s main train station in 2011, even the Vatican slammed the work, which looked more like the Fascist dictator Benito Mussolini than the beloved late pope.

In the end, the artist reworked the sculpture and gave it a new head that looked more like John Paul’s.