To attend Paul Kelly’s annual Making Gravy concert at Christmastime is to attend church for many Melburnians – such is the atmosphere of reverence and camaraderie on this unseasonably chilly December evening. 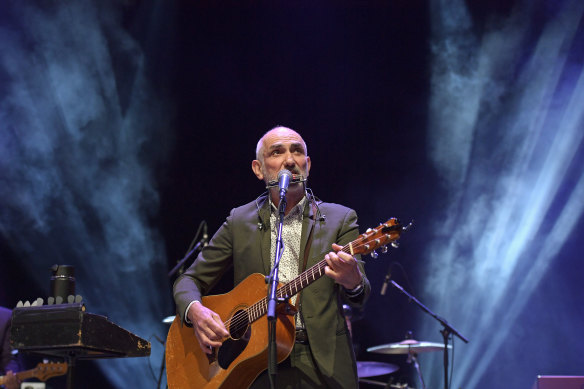 Kelly is a master songwriter and storyteller, who on this night stands before hundreds of families to share his rock hymns and pay tribute to the Australian artists we have lost this year. The beauty of Kelly’s music has long been his talent to succinctly capture local memory and identity – there’s a sense that his fans are gathering to remember who they are and where they’ve been by singing the clear-eyed chorus of Leaps and Bounds, and the jaunty verses of Before Too Long.

Young, gutsy contemporaries Alex the Astronaut, The Beths, and Amyl & The Sniffers kick off the Making Gravy extravaganza this year.

A significant proportion of Kelly’s younger fans who may have showed up to support these acts are away at Meredith Music Festival this weekend, so they play to a modest, polite crowd. 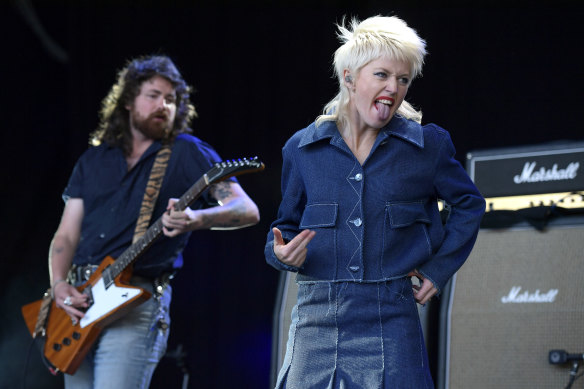 Amyl and the Sniffers warmed concertgoers up for Paul Kelly at the Sidney Myer Music Bowl.Credit:Martin Philbey

A solo, acoustic rendition of Maybe This Christmas opens Kelly’s set, his familiar, comforting voice and presence matching the crowd’s sleepy picnic rug set-up. It isn’t until his rollicking band kicks into gear that the audience is reminded of where they are and by nightfall, everyone is on their feet. Kelly has a contemplative, charming anecdote for every song – even his covers – and his two-hour performance sees friends coming and going on stage, both physically and in spirit.

Kelly fondly remembers his collaboration with the late Archie Roach on their song Rally Round The Drum, and Olivia Newton-John is commemorated with vocalist Jess Hitchcock singing Banks Of The Ohio. An awe-inspiring finale takes the form of Kelly’s 2017 song Rising Moon heralding the brilliant full moon to reveal itself floating above the amphitheatre’s cover.
Reviewed by Jess Zanoni

A festive air surrounded this year’s outing of Handel’s Messiah by the Melbourne Symphony Orchestra. After several low-key presentations in recent years, the performance of Andrew Davis’ arrangement for a large orchestra and chorus, prepared some 12 years ago for the Toronto Symphony, put a different spin on the celebration of a cherished tradition. 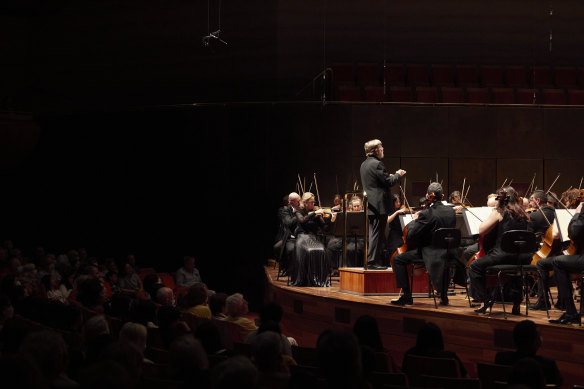 It is perhaps a back-handed compliment to Handel that few classical works are as popular as Messiah, but few have attracted such a strong desire on the part of others to “improve” his original. Davis stands in a long line, starting with no less a figure than Mozart and including conductor Eugene Goosens, who have reworked this masterpiece.

Davis’ detailed and sometimes fussy orchestration, with sleigh bells in the “Hallelujah” chorus, the harp deployed for “mystical” effect and the passing use of many other percussion instruments, was a mixed blessing.

Firstly, it meant that ensemble was more difficult to control, particularly in Part I, where different elements threatened to come adrift. More happily, the restrained scoring of most of the choruses allowed the vocal writing to come through, especially when the MSO Chorus was rather top-heavy, with sopranos and altos outweighing tenors and basses.

Fine solo singing ensured that much of the textual essence of the work was convincingly communicated.

Although Davis maintained the festive atmosphere with plenty of energetic playing and astute pacing through the lengthy second half of the program, there was a sense of being overfed on novelties and of longing for the elegant economy of Handel’s original. After all, first and last, it will always be Handel’s Messiah.
Reviewed by Tony Way

When the Melbourne Women’s International Jazz Festival was first held in 1996 with the aim of encouraging women in jazz, Morgana – an all-female contemporary jazz quintet – had already been making waves for four years. The collective voice of these strongly individual players made a potent statement and had an enduring influence on the Australian jazz scene. 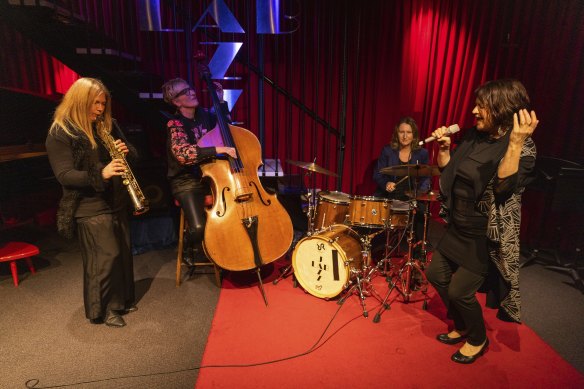 Two decades after disbanding, Morgana has now reunited for a handful of shows to mark the 30th anniversary of their formation. Yet their performance at this year’s MWIJF was far from an exercise in pure nostalgia. While the four original band members – and new member Andrea Keller – clearly revelled in one another’s company as they reconnected with old friends and familiar repertoire, the music sounded as fresh as if it had been newly penned. 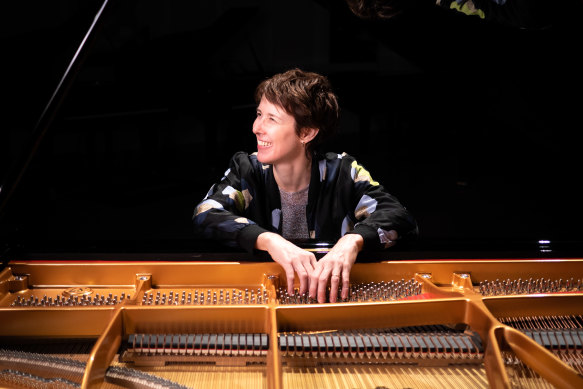 Lisa Young’s voice is still marvellously agile and expressive, skipping from song lyrics to improvised scat or konnakol (Indian vocal percussion). Fiona Burnett’s soprano saxophone wrapped itself around graceful melodies and leapt across intervals in fleet arpeggios. Annette Yates’ supple bass and Sonja Horbelt’s drums provided the band’s rhythmic heartbeat (and a special mention here for the indefatigable Horbelt, who – as MWIJF chair, curator and programmer – is also the heartbeat of the festival itself). At the piano, Keller matched the mood of each piece with perfectly judged accompaniment, from laidback swagger to urgent propulsion.

Keller also appeared earlier in the evening in a duo set with Sydney saxophonist Sandy Evans. This superb pairing brought together two hugely influential artists whose ego-less communion was on show from the opening bars of Flicker #2, as Evans launched into an arresting solo that seemed to emanate from the core of her being. The duo premiered several new tunes, including the subtly ingeniously Secret 64 and For Archie, a tender tribute to Archie Roach that was both uplifting and deeply soulful.
Reviewed by Jessica Nicholas