As a teacher is sacked after writing that pupils dress like ‘Kardashian clones’, one worried mother says he’s right: It’s tragic teen girls think this is a lesson in how to dress

What a story for our times. A teacher at a rural school in Wales with trenchant views about the staff, pupils and school culture, vented his feelings in blogs called The Provoked Pedagogue.

Perhaps he thought that being anonymous and naming no names, he’d get away with it. But one reader realised the author was in fact his colleague, design and technology teacher Alexander Price, and reported him to the school head.

Mr Price was sacked and is now fighting for his career in an employment tribunal.

Reading the Provoked Pedagogue’s remarks, they seemed a bit ripe; certainly he didn’t spare the headmaster. And describing teen girls at the school prom as ‘shameless chicken fillets shoved into criminally expensive and ill-fitting gowns’ was harsh. 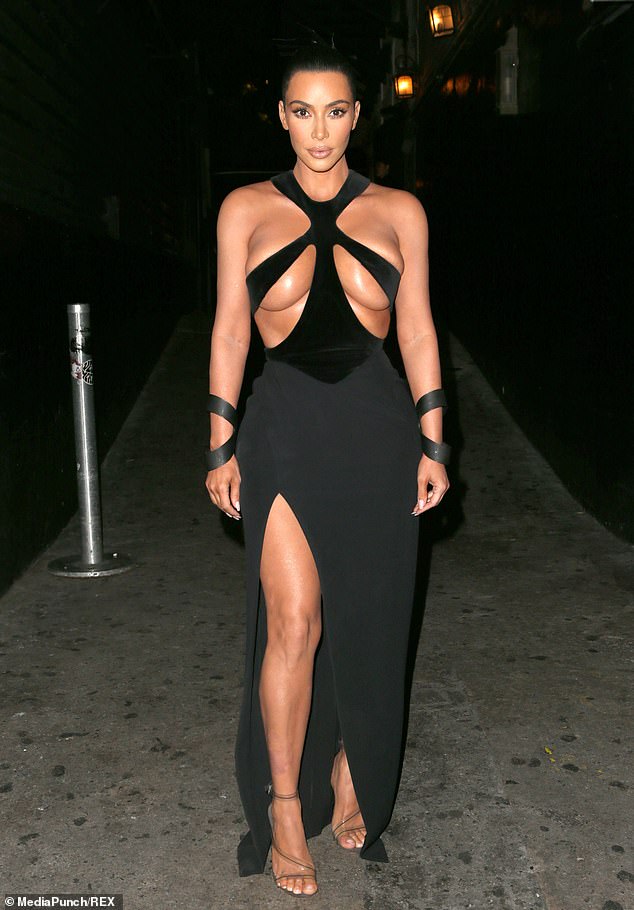 But it was when I read what he said about girls looking like a cross between ‘Eastern European prostitutes and trans-human Kardashian clones’ that I sat up. Because you know what? Aside from the crass language, he may have a point.

Not that my own daughter, 14, fits the bill — grunge is more her look. But if we’re talking here about prematurely sexualised, twerking, gyrating, self-consciously provocative girl-poses, then that’s what an awful lot of young teenagers are doing.

Partly, of course, this is because they look at those Kardashian girls (Kim is pictured), with their unrealistic lips and bodies, making hundreds of millions of dollars from preening and pouting in barely there outfits, and they come to believe that is what beauty, conformity and success looks like.

Partly, too, because — tragically — the teenage universe is polluted by instant-access pornography more than ever before. And that brings with it warped expectations which some girls feel pressured to conform to.

‘East European prostitutes’ may seem a cruel way of putting it, but look at the pictures teenagers actually post and share on the likes of TikTok, Snapchat and Instagram, and Mr Price has a point, hasn’t he?

Yesterday, I saw a social media post by a girl of 14. It wasn’t just the idiotic content that was disquieting. It was the way her pose and make-up, skimpy top and tight trousers made her look like a 19-year-old streetwalker.

Underneath the practised pout and sideways glance and finished lipstick, she was probably just as vulnerable and childish as any of us were at 14, and probably takes her teddy to bed, but that’s not what you see. 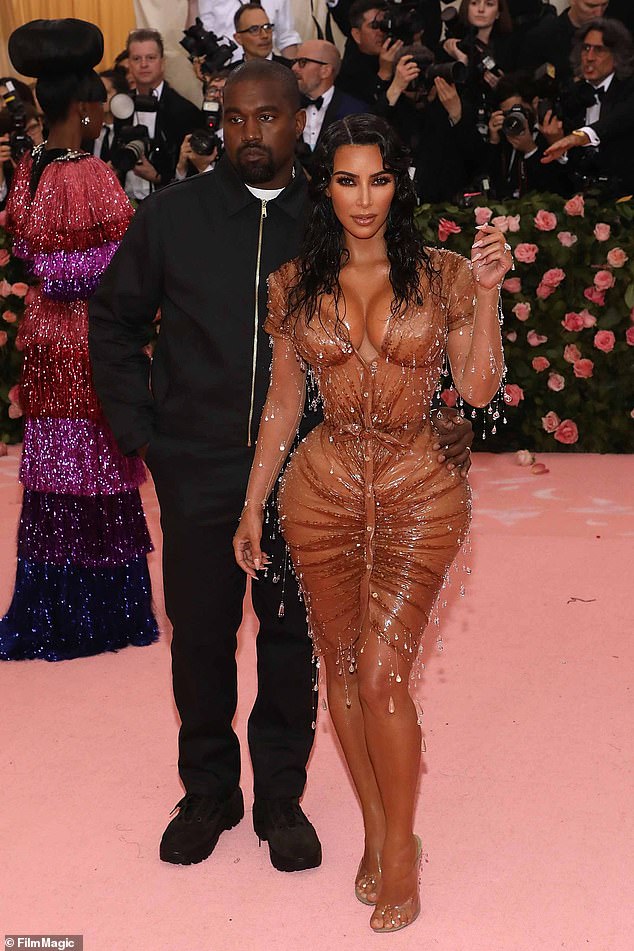 Melanie who has a 14-year-old daughter, admits she tried to look older when she was a teenager. Pictured: Kanye West and Kim Kardashian

I think she was trying to look in control and grown-up. But among the people who picked up the post, there were boys . . . did she actually realise just what kind of signal she was sending out? It was a dispiriting image. Is that really what’s in store for teenagers like my daughter? She, prudently, doesn’t let me see most of what’s out there in the world of young teenage girls; she knows what I’d say. Besides, I spend most of my time as it is trying to take devices off her.

But when I ask her why her friends pose like that, she says simply that some girls are sexualised, but that lots are just proud of their bodies and want to show them off. Then other girls do the same by way of imitation, or to stand up against so-called slut shaming — there’s a lot of that online, apparently: people making unpleasant remarks such as ‘slut’ or ‘slag’ about girls who look provocative.

My daughter says some girls are insecure about their body image, but that others just want to look that way — so what?

Granted, when I was her age, I tried to look older. The nun at my convent school sent me out of maths lesson for wearing make-up. And lots of girls used to hitch up their school kilts above the knee. But that was pre-social media. 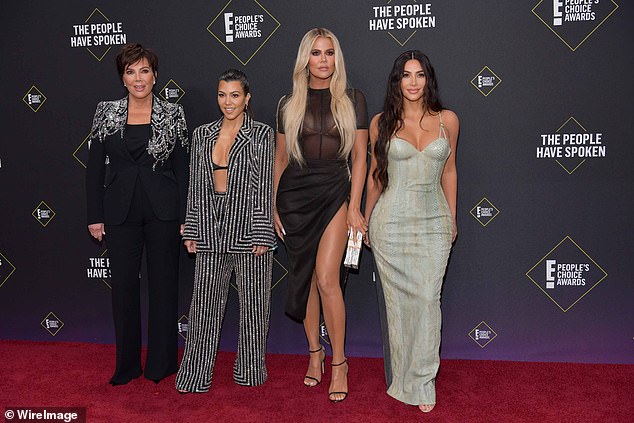 A recent report found the number of girls dissatisfied with their appearance doubled by the age of 14 because of ‘heavy social media use’. Pictured: Kris Jenner, Kourtney Kardashian, Khloe Kardashian and Kim Kardashian

It’s becoming terrifyingly clear what perpetually posting images online does to you. If you’re a girl it makes you hyper conscious of your look, way more than previous generations. Yesterday a report by the Education Policy Institute and the Prince’s Trust suggested that the number of girls dissatisfied with their appearance doubled by the age of 14 because of ‘heavy social media use.’

The funny thing about things like Instagram is that right alongside pictures of models with enlarged lips, improbable breasts and scary nails, there are images of cute pets and Greta Thunberg.

There’s more to contemporary teenage culture than selfies. They are obsessed with the environment, racism (my daughter never stops talking about Black Lives Matter), sexism, colonialism and, if you’re really unlucky, veganism. Whatever your views on any of those, at least they are motivated by concern for others. They also really like kittens.

But as teacher Alexander Price pointed out, the overriding impression in terms of how modern teen girls present themselves is sexualisation. In another blog Mr Price talked about the pupils’ prom as ‘a shallow, vacuous affair, about nothing more than who has spent the most on looking nice’. He described ‘the ugly end of society where only the rich has value and everyone else has to emulate’. 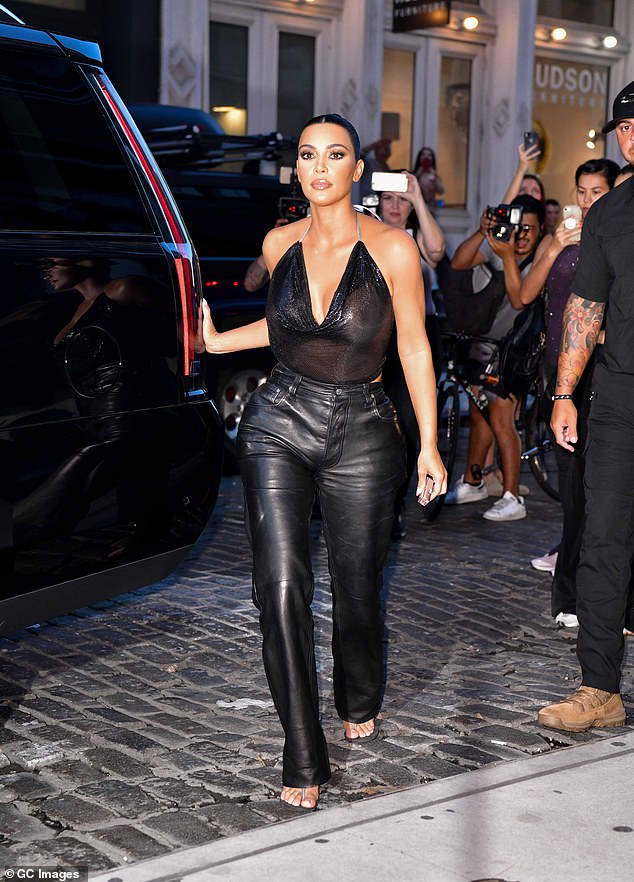 Melanie said if she was the head teacher at the school where Mr Price worked, she would’ve had a discussion with him about teenagers competing with each other. Pictured: Kim Kardashian

Well, I don’t know what adolescent life is like in North Wales, but I bet, pre-Covid, the same scenario was played out among school leavers all over Britain.

If I were the school head, instead of trying to get Mr Price struck off, I’d be having him round to discuss the poverty of expectation that means teenagers compete to spend enormous amounts of money on tat because they don’t have a lot else to aspire to.

Some girls will always enjoy being the focus of attention because they’re pretty and want to show off. But if they had a better sense of their own worth, because of their skills and abilities, they wouldn’t set so much store by online ‘likes’ and heart emojis and living up to impossible role models.

An obsession with looks has become a substitute for a fulfilling life. And that’s something schools can — and must — do something about.