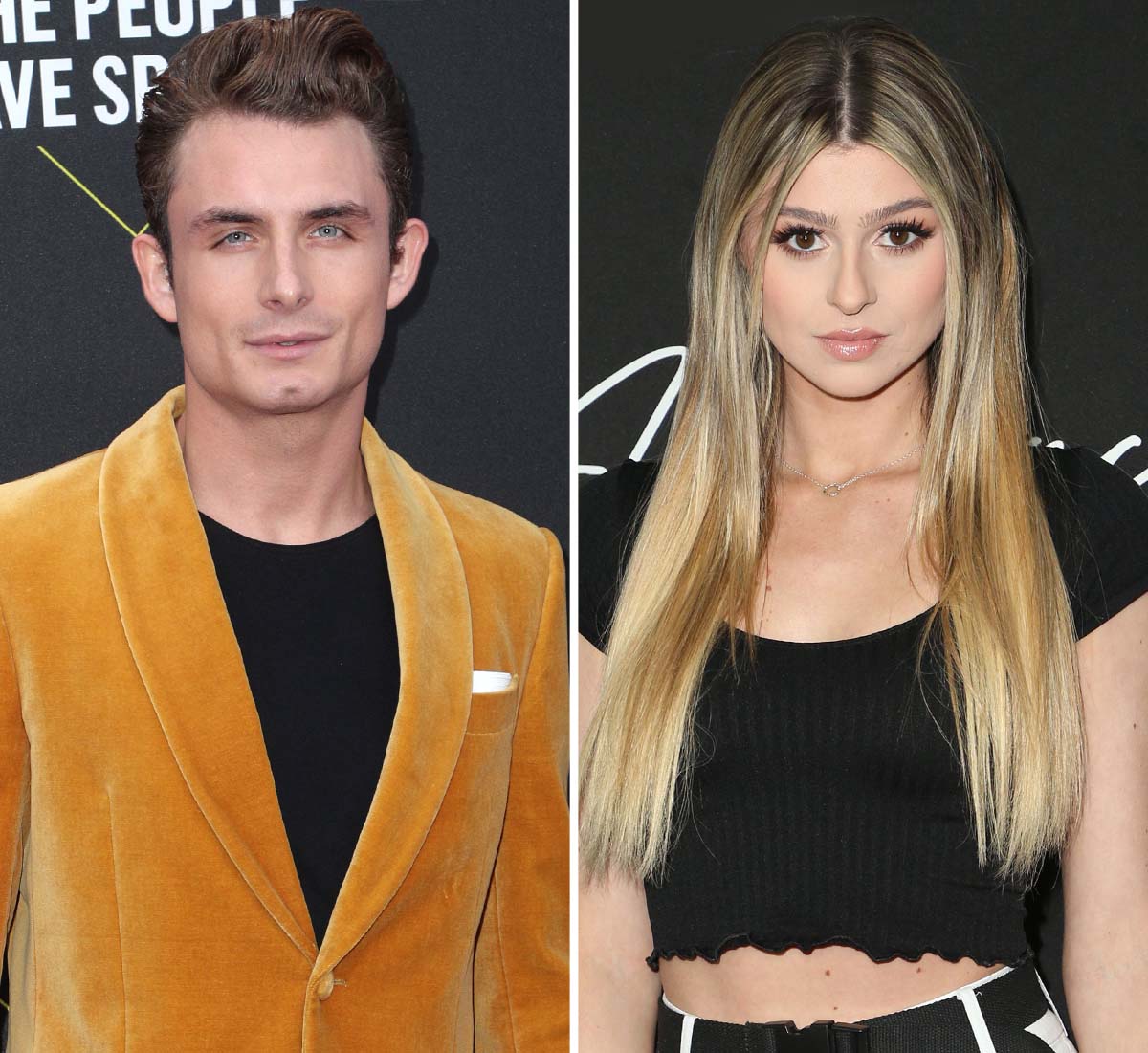 A heated topic of discussion. Several of James Kennedy‘s costars on Vanderpump Rules used the new episode to confront the DJ about his tendency to control fiancée Raquel Leviss‘ decisions.

During the Tuesday, December 28, episode of the Bravo series, James, 29, attempted to support Raquel, 27, having a more “classy” engagement party by shutting down any other ideas.

“Definitely no strippers,” the U.K. native told his partner about her upcoming plans. “I just don’t want it to be, like, a trashy bachelorette party.”

Raquel later pointed out to her sister that her fiancé does tell her what to do when it comes to “certain things,” adding, “I don’t want him to get in the habit of being controlling. Like, that is just not cool with me. He seems to think that he knows what’s best for me at all times.”

After James discussed his relationship issues with Lala Kent, the musician found himself later rehashing the topic with Brock Davies and Tom Sandoval.

“I am not controlling. I’ve been controlling in the past with past girlfriends, right? But I am not a controlling person, fiancé [or] boyfriend to Raquel,” James explained to Tom, 38, after the TomTom cofounder voiced concerns.

Although Kennedy and Leviss ended the episode in a good place, the pair announced in November that they had called it quits since season 9 wrapped.

“After these 5 wonderful years we had together, we decided we have two different goals and made the decision to call off the engagement,” they wrote in a joint statement after filming the reunion special. “We love each other very much, but we aren’t in love anymore. We want nothing but the best for each other so please keep any thoughts positive. Sending Love.”

At the time, a source exclusively told Us Weekly that the former couple made the “hard decision” to part ways after a “tumultuous relationship”

Vanderpump Rules’ Raquel Leviss and James Kennedy: The Way They Were

“They both want different things,” the insider shared with Us. “They don’t have love anymore in terms of a romantic relationship, but they still have love for each other as friends. … They’re really trying to figure out what their lives look like now that they’ve split. They have a lot of admiration and respect for each other.”

Their costar Ariana Madix, meanwhile, revealed that there was a major concern that she had with their relationship before their breakup.

“I say this with nothing but love in my heart for James, I think when he stopped drinking and became sober there were other issues that he was not going to — his refusal to go to real therapy honestly is a huge red flag for me,” Madix, 36, said during an appearance on Watch What Happens Live With Andy Cohen earlier this month.

Since the split, the model opened up about the self-reflection that came with the major life change.

“I’m going to start journaling and taking up hobbies that I’m actually interested in doing and practicing more self love. I think one of the big things I got out of listening to all of these podcasts is that when you’re such a compassionate person and you always put other people’s needs before your own it is very easy to get carried away in that,” she shared in several videos via her Instagram Stories on December 16. “It’s important to kind of put yourself first and I think give yourself the love you give other people. I’m practicing that now and I’m being more kind and patient and loving to myself because that is very important.”