The end of GTL? Nicole “Snooki” Polizzi revealed that her former Jersey Shore costar Sammi “Sweetheart” Giancola has blocked her on social media.

‘Jersey Shore’ Cast: Then and Now

“I went to go message her a while ago and she blocked me,” the Jersey Shore: Family Vacation star, 34, told E! News on Thursday, September 15. “I don’t know what I did. It’s unfortunate because we would love for her to come back. She’s a part of the show. I feel like it’s not full unless all of us are there. It’s sad.”

Giancola, 35, has not appeared in any episodes of Family Vacation since it debuted in April 2018. “I am at a completely different place in my life right now focusing on my businesses and relationship,” she wrote via Instagram one month before the reboot premiered. “I am not the same person as I was when I was 22. At 31, I am currently extremely happy in every aspect of my life and want to avoid potentially TOXIC SITUATIONS.” 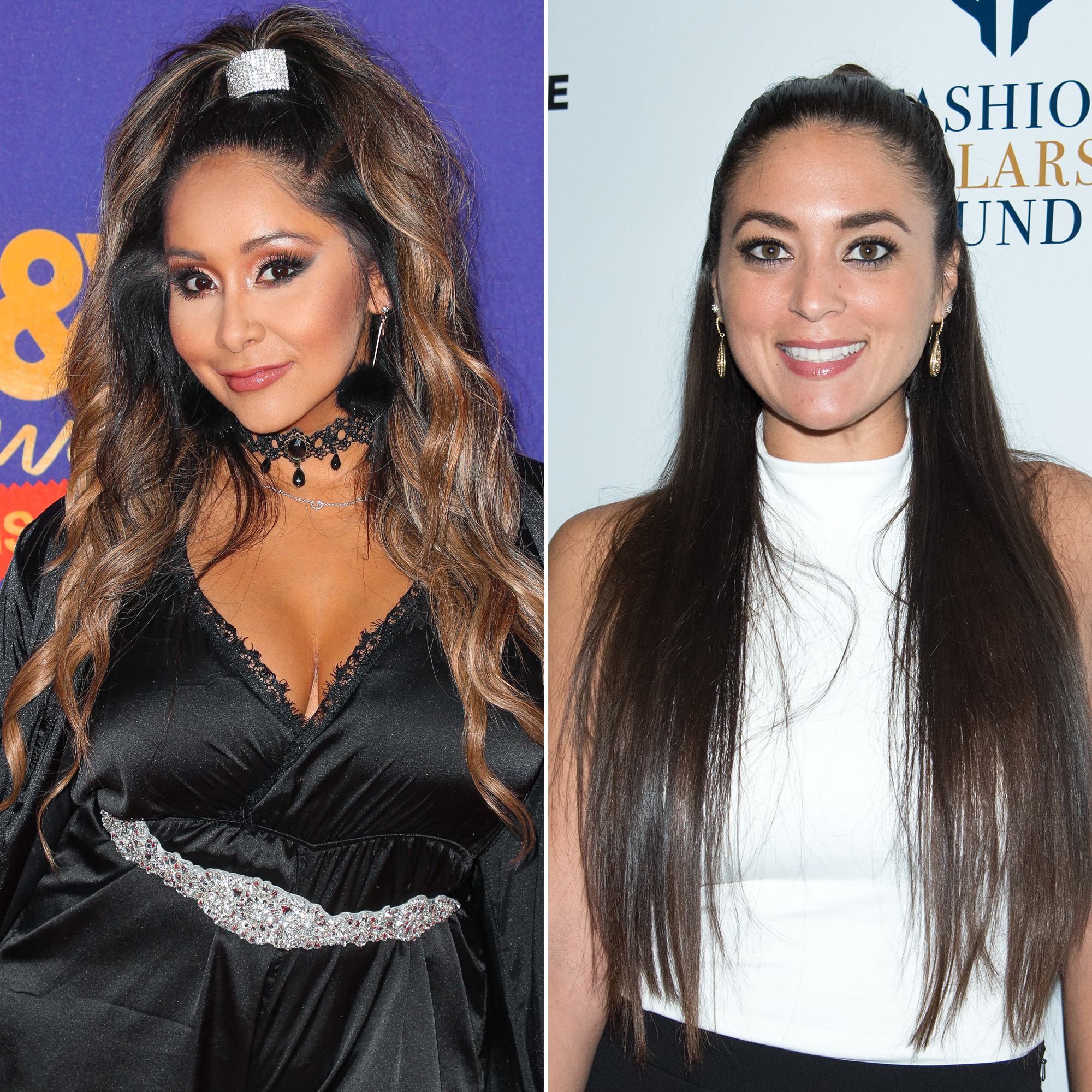 Though the New Jersey native decided not to come back for another round of GTL, she seemingly remained close to her former roomies over the years, attending Polizzi’s 2014 wedding to Jionni LaValle and Deena Cortese‘s 2017 bridal shower.

Sammi ‘Sweetheart’ Giancola Through the Years: ‘Jersey Shore’ and More

Throughout her time on the show, Giancola was in an off-and-on relationship with Ronnie Ortiz-Magro. The New York native, 36, announced a hiatus from the show in May 2021 to focus on his mental health, but he dropped by during one episode last month to apologize to his castmates.

The Famously Single alum is still in the Jersey Shore group chat despite his absence from the show, but Polizzi says that it hasn’t been super active lately.

“It’s been silent,” the Shore Thing author exclusively told Us Weekly on Thursday, September 14, while promoting her new partnership with Cheez-It. “I feel like he’s just really trying hard to work on himself, and we all, like, love him for that and appreciate him for that.”

Ortiz-Magro has had a tumultuous few years. In April 2021, the MTV personality was arrested following an alleged domestic violence dispute with ex-girlfriend Jen Harley, with whom he shares daughter Ariana, 4. He then moved on with Saffire Matos, but the duo split in July after getting engaged one year prior.

Polizzi, for her part, said that her costar is still working on himself amid his absence from Family Vacation. “He’s doing good,” she explained. “I think he’s trying to get back to the good Ron that we love.”

If and when he does come back, the shore house may be stocked with a new snack: Cheez-Its, in boxes decorated with Polizzi’s face. The Snooki and JWoww alum appears on her own collector’s edition box, as does RuPaul.

Her kids — Lorenzo, 10, Giovanna, 7, and Angelo, 3 — are particularly impressed by their mom’s latest achievement as huge Cheez-It fans themselves.

“When I got the box, I left it out on the counter and I left one in [Lorenzo’s] room because he loves Cheez-Its,” the Messy Mawma founder told Us. “And he is like, ‘Mom, is that you on the box? Is that you?’ And I’m like, ‘Yeah.’ So, he thinks I’m cool as of right now.”

Us Weekly has reached out to Giancola for comment.