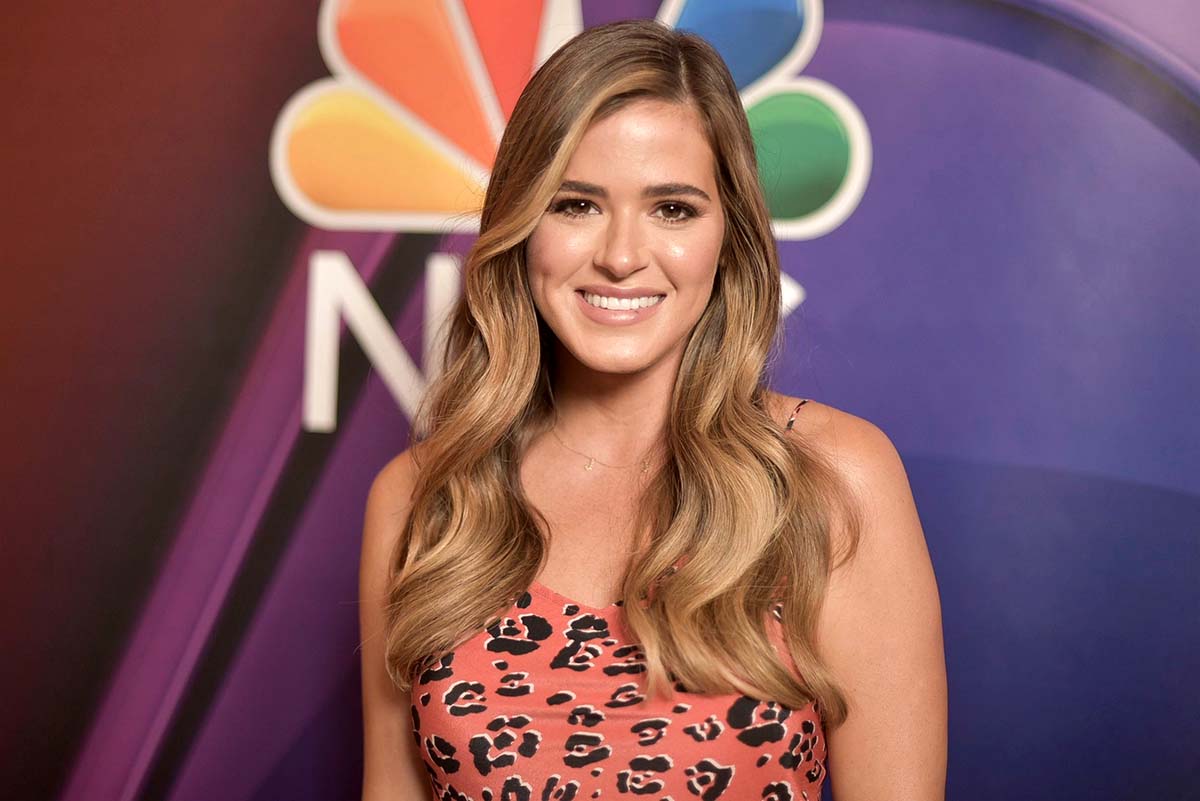 Dusting off her dance shoes? JoJo Fletcher sparked speculation that she is one of the contestants for season 30 of Dancing With the Stars after fans noticed she was stuck in Los Angeles for work.

The season 12 Bachelorette, 30, shut down the rumors on Monday, August 30, via her Instagram Stories, writing, “LOL Everyone DMing me this!” in response to a fan’s question about being on DWTS.

“I’m not, but funny story — I was supposed to do @DancingABC after my season of Bachelorette but ended up not being able to bc of my contract,” the Texas native replied, adding a Napoleon Dynamite gif and two crying-laughing emojis. “Womp womp. Not sure America could have handled my super sweet dance moves anyways.” 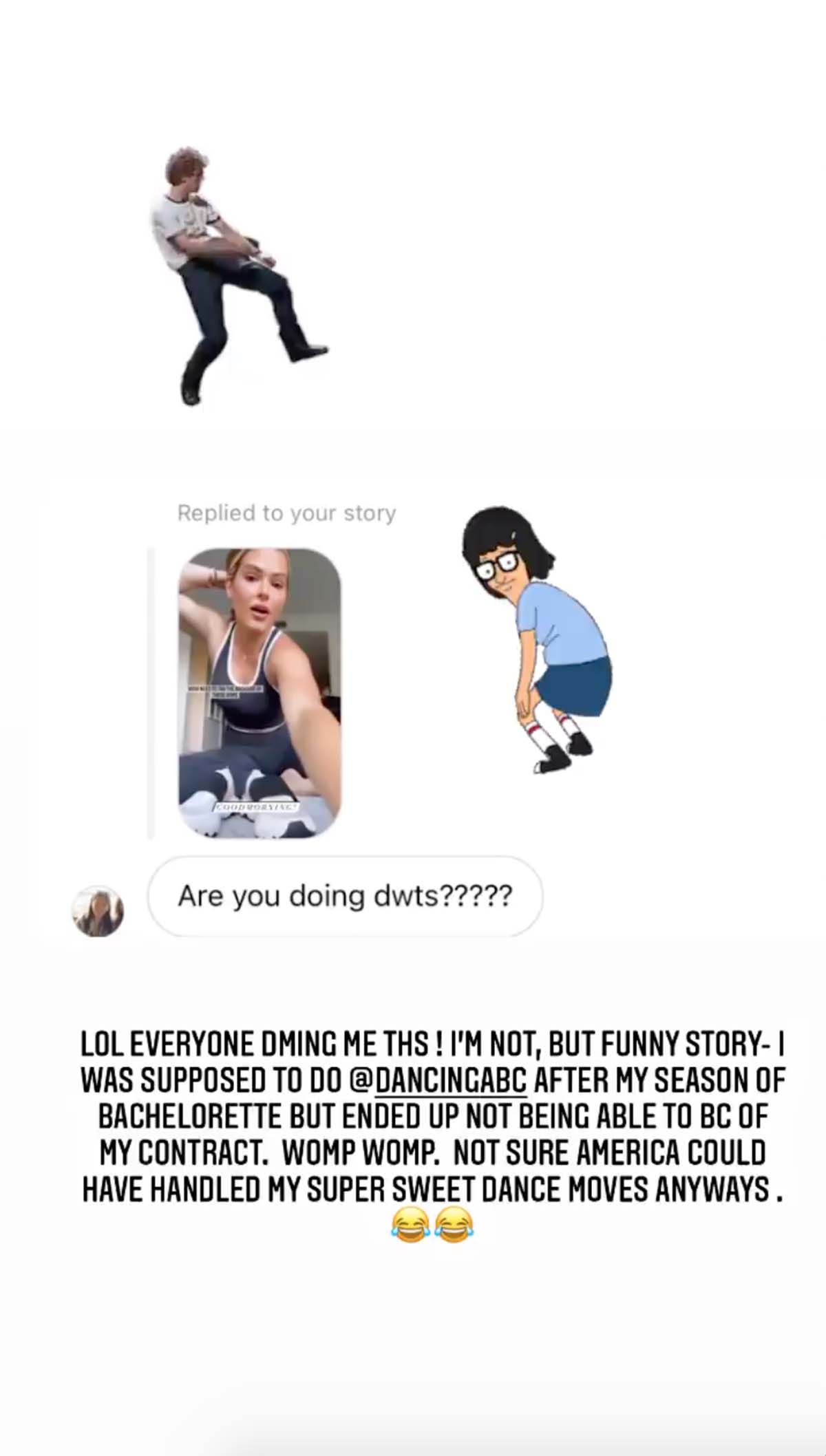 Fletcher, who got engaged to Jordan Rodgers during her season finale in 2016, commented on the topic just days after Katie Thurston and Blake Moynes fueled rumors that they were part of the DWTS season 30 cast.

Everything to Know About ‘DWTS’ Season 30

30-year-old Thurston also got in on the fun, replying to Mills, “Technically DWTS didn’t send him that NDA so I think he’s good to go!” She added a laughing emoji.

ABC announced on Thursday that JoJo Siwa and Sunisa “Suni” Lee were two of the celebrity competitors on the milestone season, but the rest of the contestants have yet to be revealed.

If Fletcher, Thurston or Moynes were to hit the ballroom for season 30, they wouldn’t be the first stars from Bachelor Nation to try and win the mirrorball trophy. Kaitlyn Bristowe and Hannah Brown were the past two winners of the dance competition — despite the fact that Bristowe, 36, previously claimed that she was denied the option to dance following her Bachelorette season.

“I believe men and women should be afforded the same opportunities. That has not been the case with the Bachelorettes and the Bachelors,” the Canada native claimed to Entertainment Tonight in March 2017. “I had an offer to do Dancing With the Stars and was told by [Bachelor creator] Mike [Fleiss] I could not. … My hope in speaking out is that future Bachelorettes are given the same opportunity as Bachelors.”

Former ‘Bachelor’ and ‘Bachelorette’ Leads: Where Are They Now?

In solidarity with the season 11 lead, Fletcher made a Twitter statement of her own in April 2017, claiming she too had been up for the show but was later denied the ability to dance.

“Yeah, I would have. But some contractual things kinda got in the way,” the Baylor University alum told Refinery29 about wanting to be a part of DWTS. “If it’s a decision that [the Bachelorette is] making and their partner supports it, then let them do it. … You know, if your relationship fails because of Dancing With the Stars, it’s not because of Dancing With the Stars. If your relationship is strong, it’s gonna last no matter what.”

Dancing With the Stars premieres on ABC Monday, September 20 at 8 p.m. ET.