A not-so-magical morning. JoJo Siwa reflected on her split from Kylie Prew, revealing the two called it quits ahead of her Dancing With the Stars Disney heroes dance last month.

JoJo Siwa Through the Years: From ‘Dance Moms’ and Beyond

“We officially broke up the morning that I did the Prince Charming number on Dancing With the Stars,” Siwa, 18, exclusively told Us Weekly on Tuesday, November 2, while promoting her new Peacock series, Siwas Dance Pop Revolution. “It’s been a few weeks and it’s been tough, but we’re getting through it.”

Looking back, Siwa revealed that having to perform her Disney heroes dance on October 11, just hours after they split, was the best thing for her but there were definitely some mixed emotions going into it. 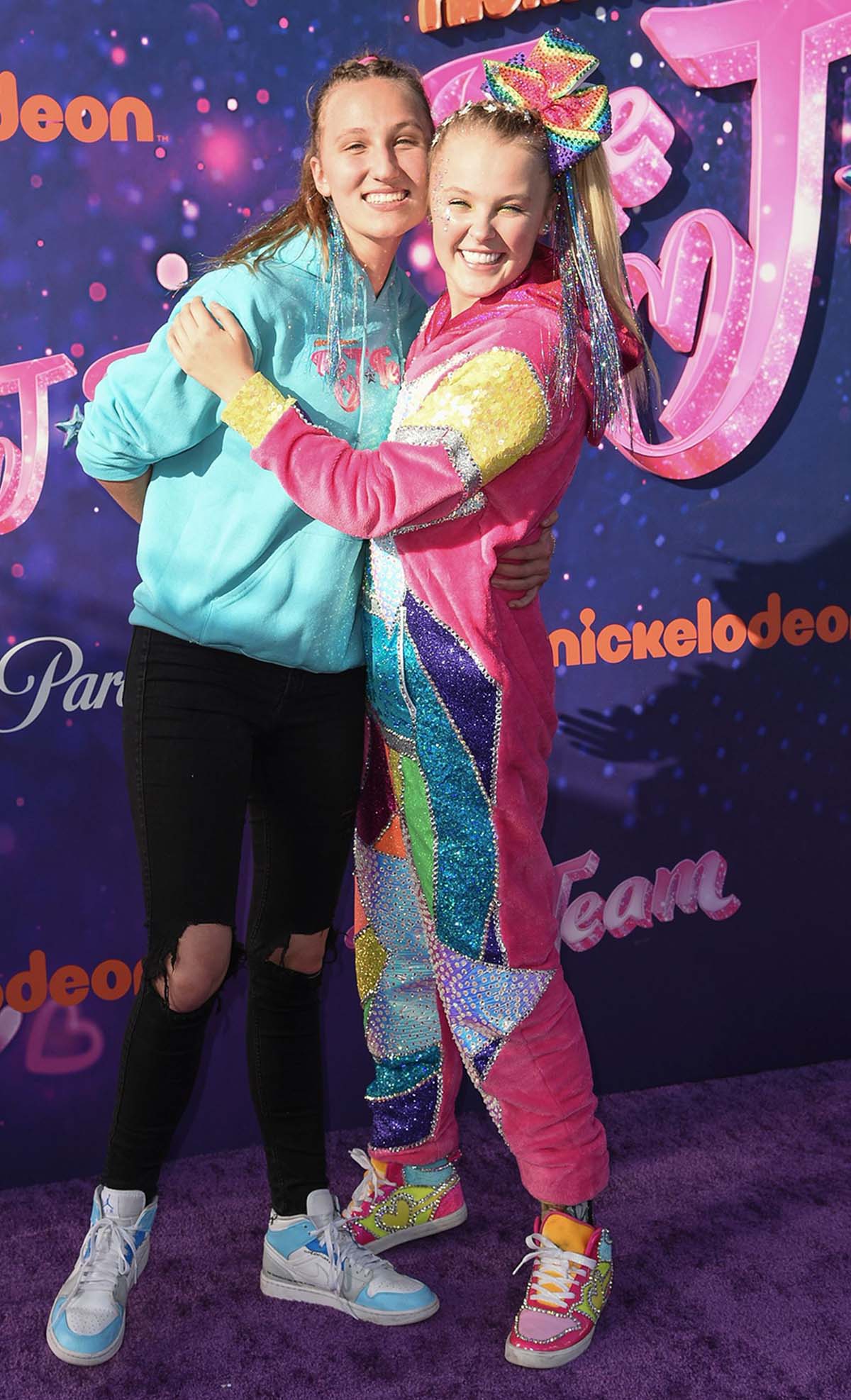 “I would have handled it so much differently [if I wasn’t on the show]. I just want[ed] time to be sad,” she recalled, adding that she didn’t have time to cry. “And then I got that [time to be sad] and I was like, ‘I’ve been very lucky that I don’t have much of that right now.’ And I realized what was making me sad is I felt like I couldn’t be friends with Ky anymore. And then I was like, ‘This is dumb.’ We started being friends by Snapchatting every day. We’re going to go back to being friends.”

Siwa previously told Us and other reporters on October 12 that she learned firsthand that “dance is an escape” after finishing her Disney villains dance with partner Jenna Johnson, which happened one day after her breakup.

Everything JoJo Siwa Has Said About Coming Out

“This week was very, very extreme and something that I had never gone through and something that I’ve never felt before,” the Nebraska native explained at the time, not going into detail about what had transpired. “I’m really lucky that every day this week, I got to spend three hours with my best friend in rehearsals. It definitely has been a week, but because of my family, because of this song, because of the show, I’m on the other side of it.”

Us confirmed on October 20 that Siwa and Prew split before the “Boomerang” singer confirmed the news herself on Tuesday.

The former Nickelodeon star opened up to Us about her current status with Prew while reflecting on her “first love” and subsequent heartbreak.

“It really makes my heart happy though to say that we are still best friends,” Siwa told Us on Tuesday. “I was literally just watching videos earlier today, just from the early months of our relationship and just feeling happy.” 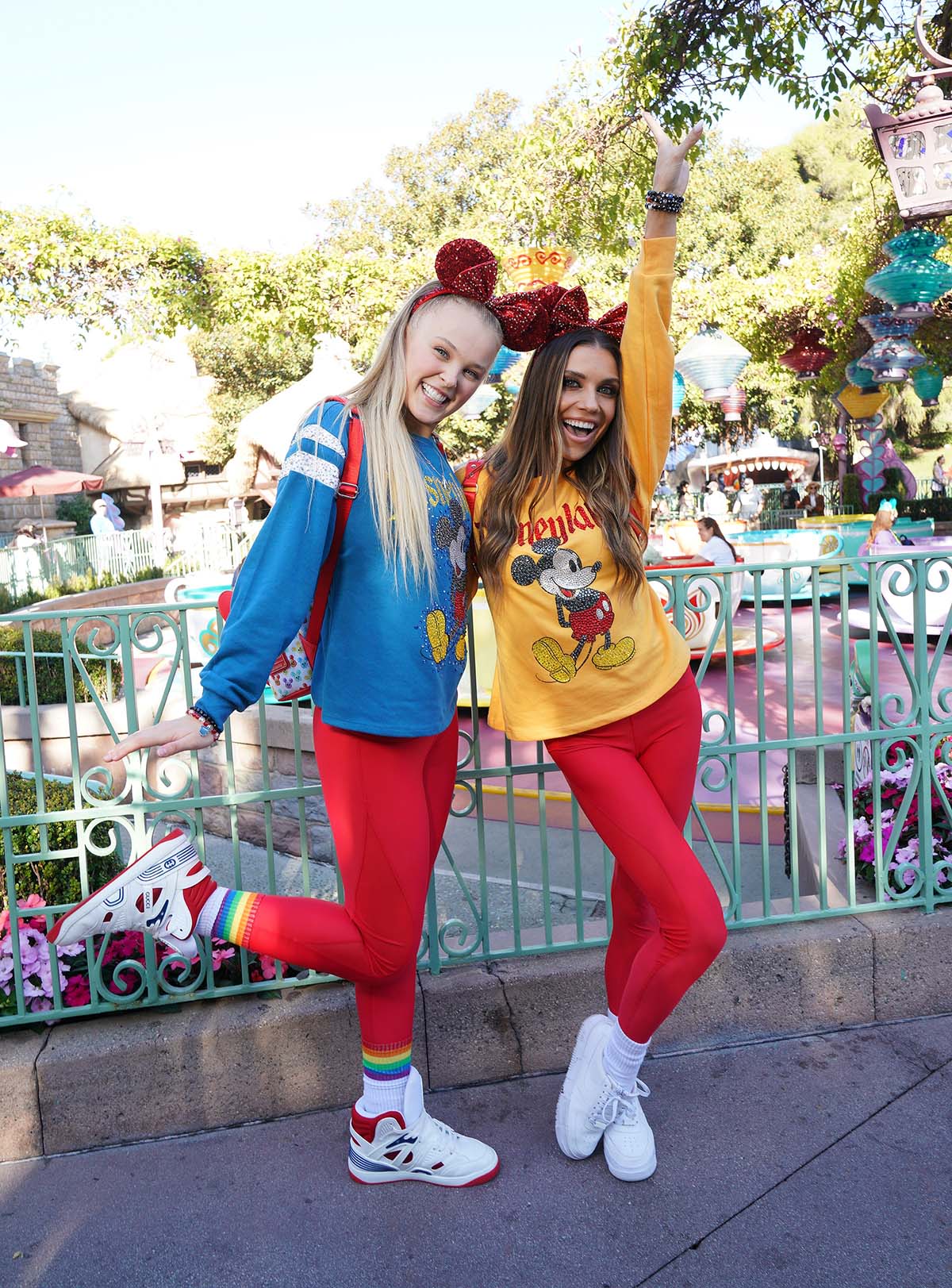 The dancer explained that Prew has continued to be there for her after she experienced a “rough night” recently.

“I called her and she answered my call at 2:00 a.m. her time. So we’re still very close, which I’m happy about,” she continued. “But it just wasn’t right to be in a relationship anymore. And that’s OK. We’re both so young, it’s OK to live life and it’s OK for right person wrong time to be a real thing.”

Siwa isn’t ruling out a potential reunion with her ex, either, but for now, she’s focused on herself.

“Life has a way of working out. [If] we grow up and realize, like, you are The One for me then great. I’m not opposed to it at all,” she told Us. “But I just am sitting back. I’m literally strapped into a roller-coaster and I’m like, ‘Jesus, take the wheel. You got it, buddy. Let’s go.’”

Outside of her love life and dancing on DWTS, Siwa has been working alongside her mom, Jessalynn Siwa, on Peacock’s Siwas Dance Pop Revolution competition series.

“We all were stuck in quarantine [amid the COVID-19 crisis] and I just started putting it on paper,” Jessalyn told Us of the show concept. “And to see it come to life with these fabulous girls and JoJo being the choreographer and the creative director, doing these huge musical numbers of singing and dancing. It was everything I could’ve ever dreamed of.”

She added: “We’re making stars. We made a pop group with these phenomenal kids and I can’t wait for the world [to see it].”

Fans can also see JoJo on Dancing With the Stars on ABC Mondays at 8 p.m. ET.