After the party, it’s the hotel lobby.

Kanye West and Julia Fox continued their Big Apple rendezvous back at the rapper’s hotel, a source exclusively confirmed to Page Six.

“They arrived at the Pendry hotel in the same SUV they were in all night,” the eyewitness said.

“Kanye got out first and ran in since there was a group of fans waiting for him outside. Julia then followed behind him.”

Prior to their arrival, the couple had just dined at Carbone, which is about 20 minutes from the Pendry Manhattan West hotel. Fox changed out of her blue velvet coat and into a peekaboo thong look before heading to the hotel.

We’re told Fox, 31, stayed at the hotel until at least past midnight, but it’s unclear if she spent the night with West, 44. She is based in New York herself. 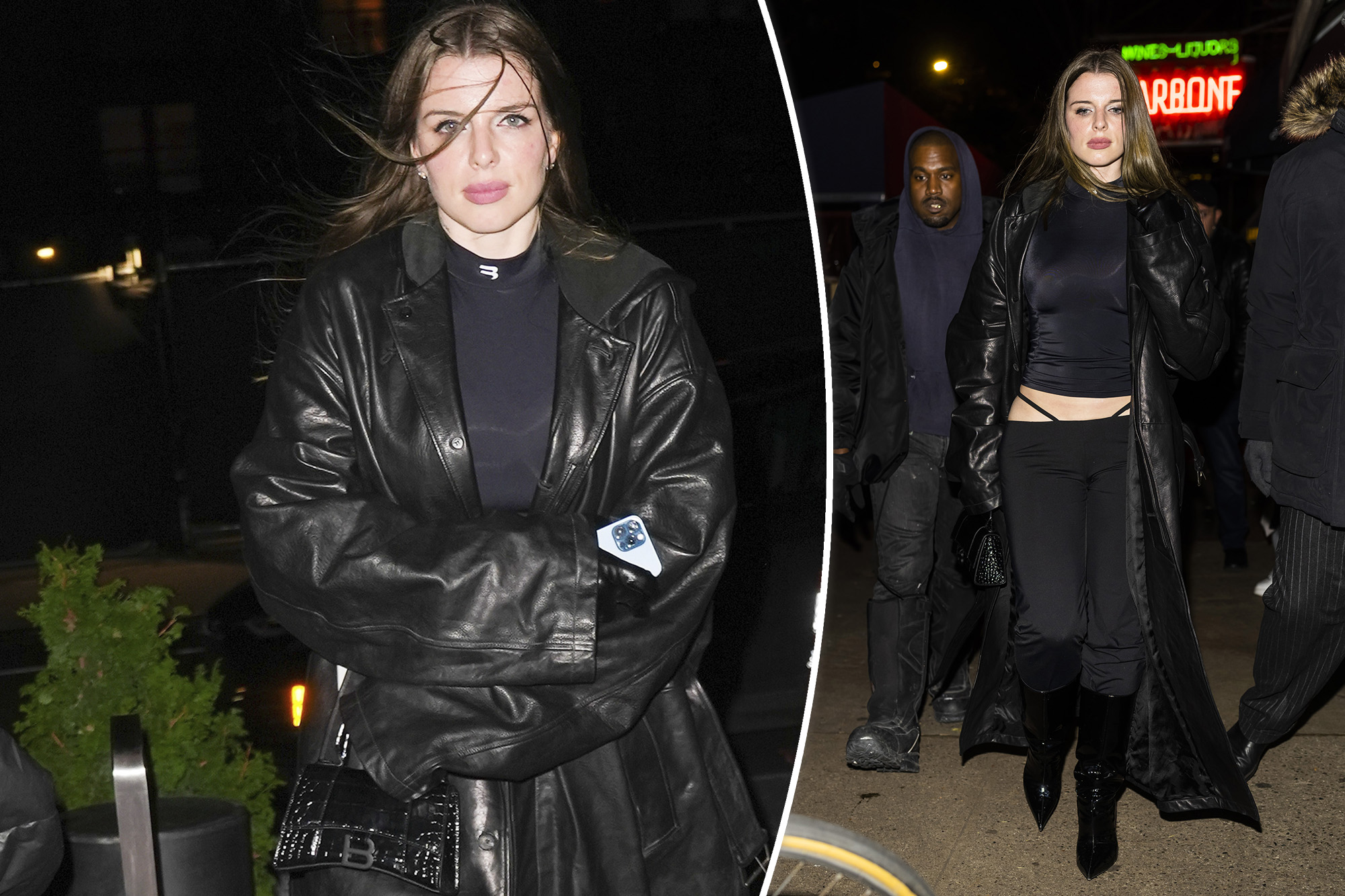 At around 11 a.m. Wednesday, the “Uncut Gems” star was spotted again on hotel grounds, but this time with son Valentino in tow. She was dressed in a leather trench coat and oversize black sunglasses, while pushing around the leopard print stroller.

Fox welcomed Valentino in January 2021 with ex Peter Artemiev, whom she previously called a “dead beat dad.” West was seen leaving the hotel shortly after Fox arrived with her child, so it doesn’t seem that the “Heartless” rapper met her son.

Reps for West and Fox did not immediately return Page Six’s request for comment. 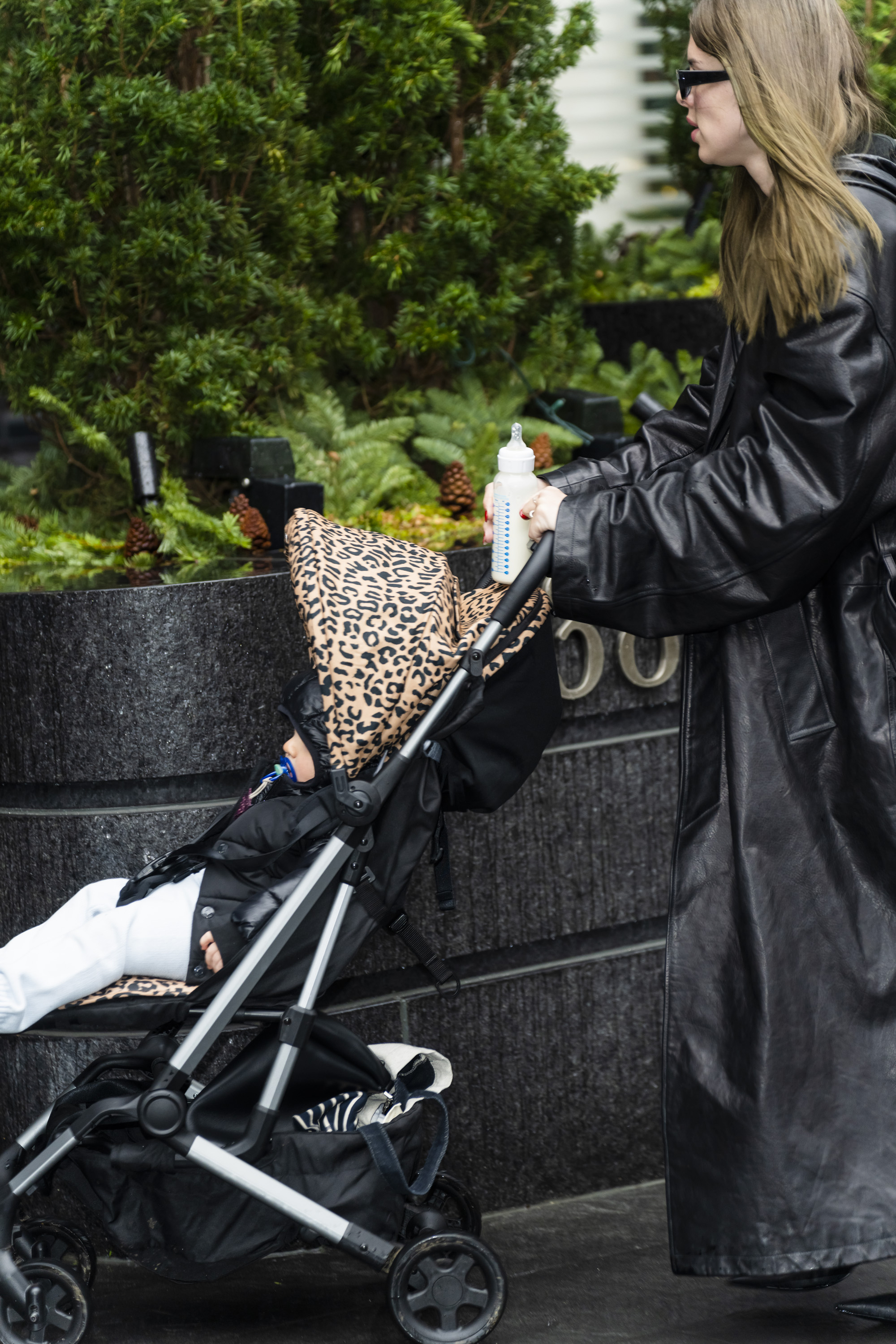 Page Six broke the news that the pair went to see Jeremy O. Harris’ “Slave Play” on Broadway with a group of friends before decamping to Carbone for dinner. 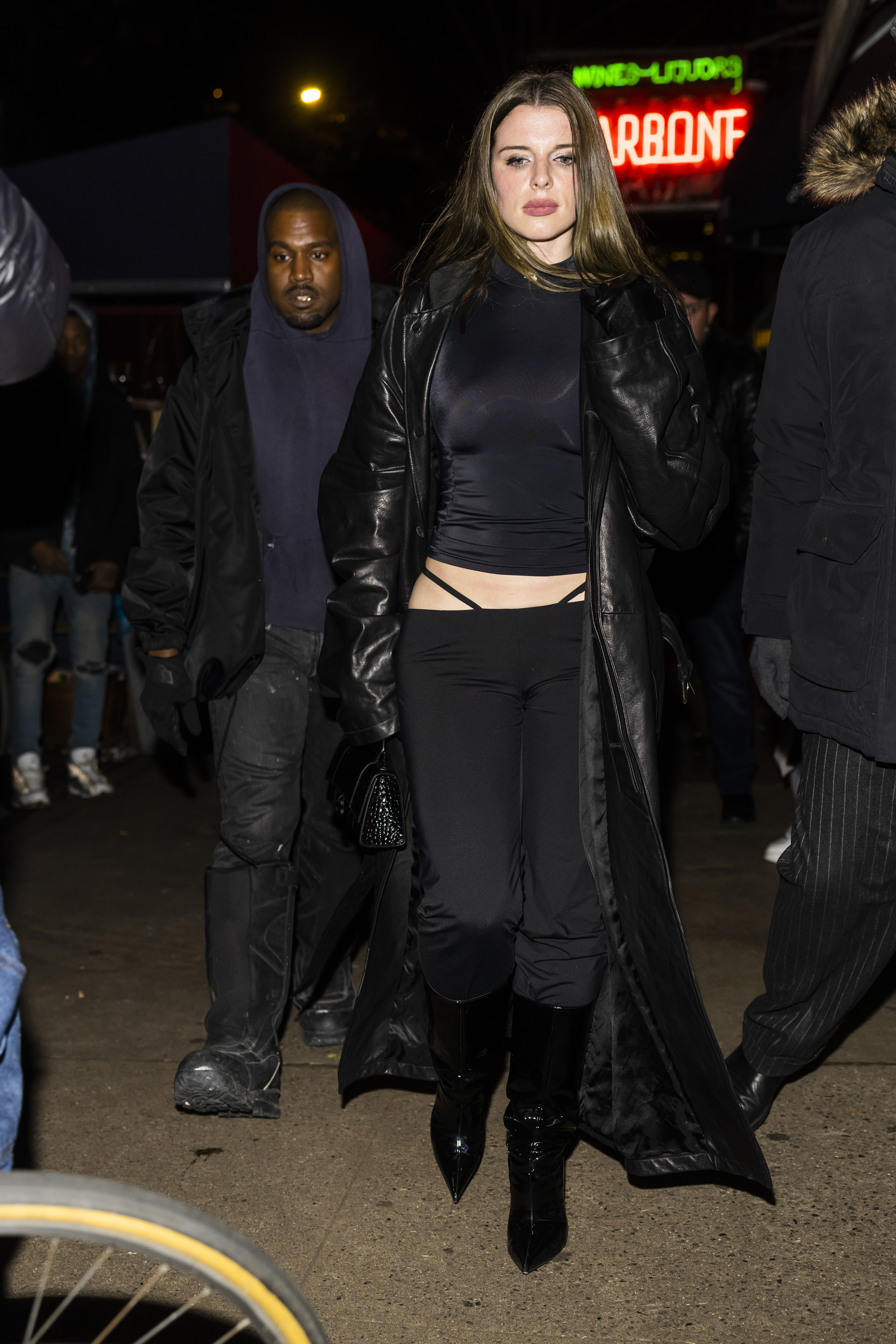 The Italian American actress and Yeezy CEO first sparked romance rumors when they were spotted hanging out together in Miami on New Year’s Eve weekend. The following day, a source close to Fox confirmed to Page Six that they are dating.

“They both just got out of their former relationships, and they’ve helped each other recover immensely,” the insider said. “They’re kind of kindred spirits, and it’s cool to watch.” 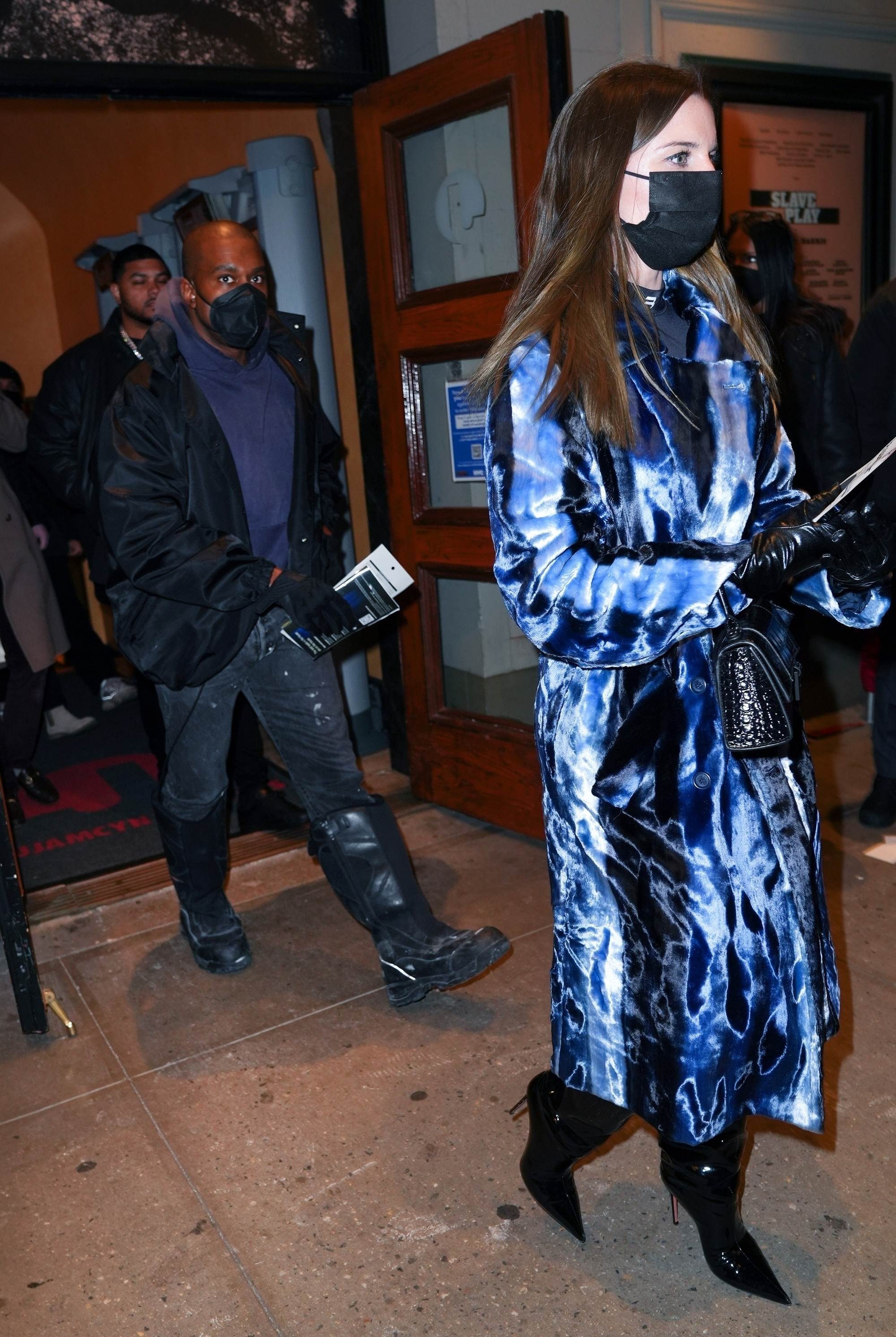 It’s been nearly a year since Kim Kardashian filed for divorce from West, and it appears they’re both making efforts to move on.

For a while, it seemed the “Jesus Walks” rapper did not want to end his marriage. Although he briefly dated a young model named Venetria, he said as recently as November that he still wanted to be with his “wife.”

However, Kardashian, 41, appears to be very happy in a new relationship with “Saturday Night Live” comedian Pete Davidson. The pair are currently vacationing in the Bahamas.

In another attempt to solidify the end of her marriage to West, the Skims founder filed to be legally single in December.