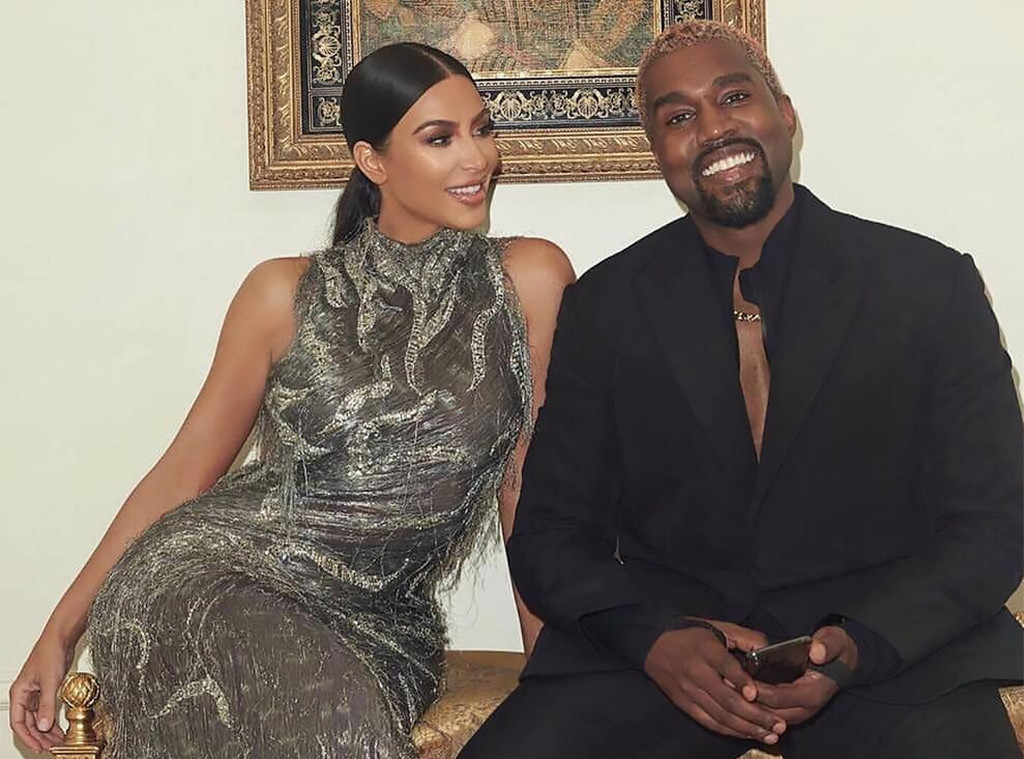 On Sunday night, Kim Kardashian revealed the latest lavish and meticulously thought out present her husband of five years gifted her.

The gift itself is a vintage Cartier necklace with a special message engraved onto it. And it’s not just a simple “I love you” or the names of their children. This is a gift Kanye West we’re talking about, after all. Engraved on the piece of jewelry is a replica of a text conversation the couple previously had, complete with an outline of the photo in the text chain.

Kardashian shared a photo of her wearing the gold necklace on Twitter, along with the screenshot of the text conversation.

As she wrote, “If you look closely at my necklace, you can see it’s from a text Kanye sent me. He took an amazing vintage a Cartier gold plaque necklace and had it sketched out. He’s always the most thoughtful when it comes to gifts.”

The text from the rapper itself read, “This your life. Married with four kids. Get people out of jail. Cover of Vogue. Go to church every week with your family. Dreams come true.”

The photo in the conversation appears to be a photo from inside the couple’s Hidden Hills, CA home.

This message from West is similar to the one Kardashian shared back when they debuted the first photo of their fourth child, Psalm West.

In May, the Keeping Up With The Kardashians star tweeted a screenshot of the Mother’s Day message West sent her. The conversation included a photo of the newborn baby sleeping in his crib and said, “Beautiful Mother’s Day. With the arrival of our fourth child, we are blessed beyond measure. We have everything we need.”

This is just the latest installment of the grandiose lengths Kardashian and West go to to express their love. West frequently showers his wife in flowers for special events like their wedding anniversary and Valentine’s Day. For West’s first Father’s Day in 2013, Kardashian gifted him a pair of Apple computer mice autographed by the late Steve Jobs and Steve Wozniak. West also once gave Kardashian a check for $1 million in lieu of her accepting a paycheck of the same amount from a company wanting her to support their brand on Instagram.

Suffice it to say this couple goes all out for their gifts.

Keeping Up With the Kardashians returns spring 2020, only on E!