Kate Middleton, 37, married Prince William, 37, in a highly televised wedding at Westminster Abbey in 2011. Since their marriage, they have had three adorable children, Prince George, six, Princess Charlotte, four and Prince Louis, one.

On Wednesday, Charlotte, stole the show at her first Christmas Day church service in Sandringham.

In fact, royal fans were sent into a social media meltdown after sweet Princess Charlotte was spotted curtseying to the Queen.

The young royal and her brother Prince George walked the short distance from Sandringham House to St Mary Magdalene Church hand in hand with their parents, the Duke and Duchess of Cambridge.

Prince Louis, however, was left at home to enjoy a Christmas lie-in as he was too young to join his parents and siblings at the Christmas celebration. Prince Charles was also seen walking alongside the younger royals. 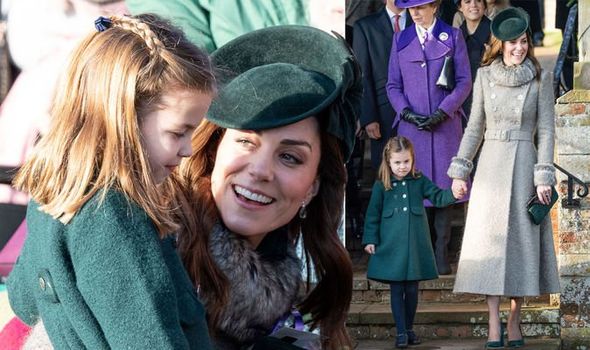 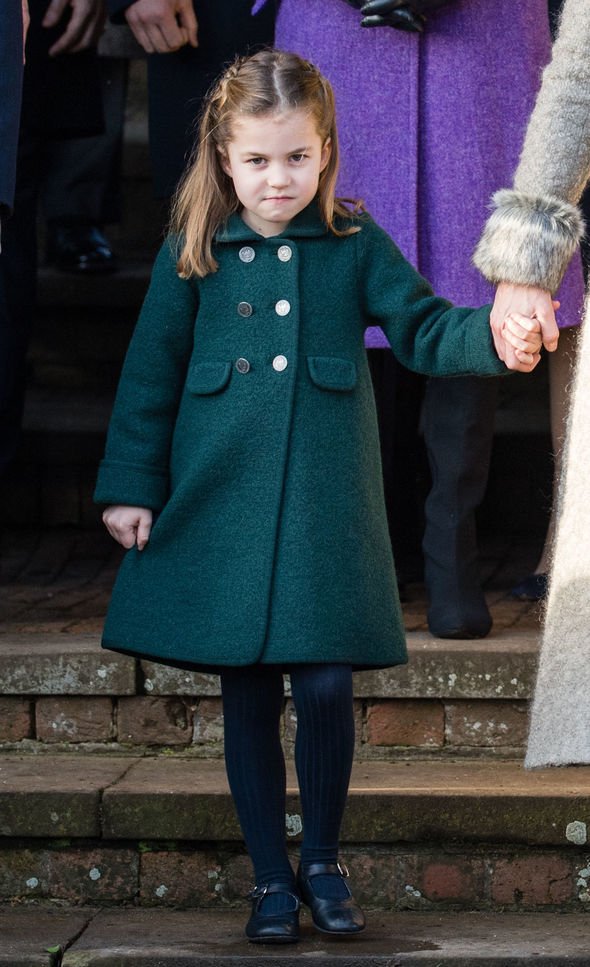 Following some footage shared to Twitter, which showed the little princess follow her mother’s lead and curtsy to the Queen, members of the public praised Kate Middleton “excellent” mothering skills for teaching Charlotte to be so “well mannered”.

A royal fan responded to the video footage, commenting: “She is so well mannered.”

Whilst another added: “No doubt [well mannered] due to Kate’s excellent mothering skills, she’s just so cute!”

The user who shared the video captioned the footage with a sweet comment, it read: “Okay but Charlotte curtsied to the Queen! OMG! So cute!

“Her momma [did it] first but [then] she did it and she did it like a true Princess!

“She held her coat and [curtsied]! So freaking cute!”

Another user also added: “[Charlotte] also offered the minister her hand to shake, as they were leaving the church grounds, after seeing her mother do the same!”

Another user commented: “The Duke and Duchess of Cambridge are raising very polite young royal children and it shows.”

In the brief video footage, mum Kate can be seen curtsying, before the young royal copies as the monarch exits the church. 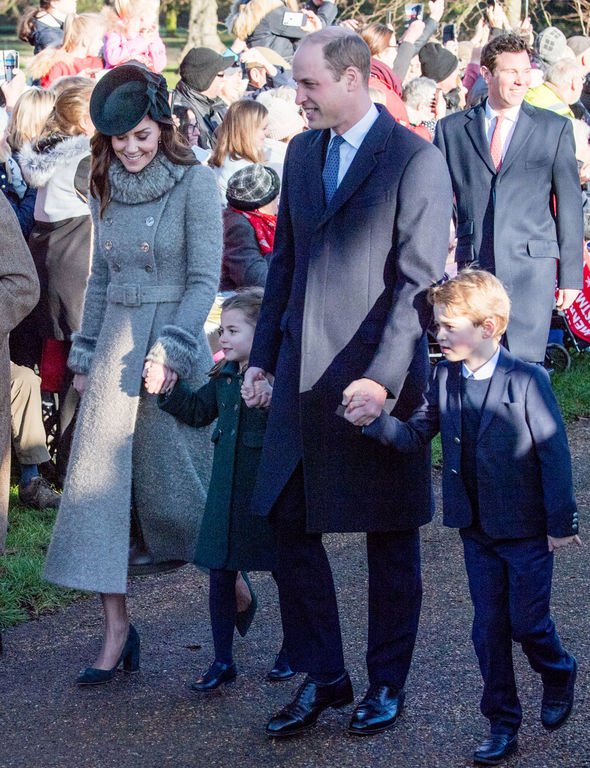 And while one royal fan said it had “made their day,” another simply commented: “Soooooooo sweet.”

The royals celebrate the holiday together at Sandringham Estate every year, doing everything from playing pick-up games of charades and football, to attending black-tie dinners.

The Windsors even honour their German heritage each year with their gift exchange too, by exchanging them on Christmas Eve instead of day. 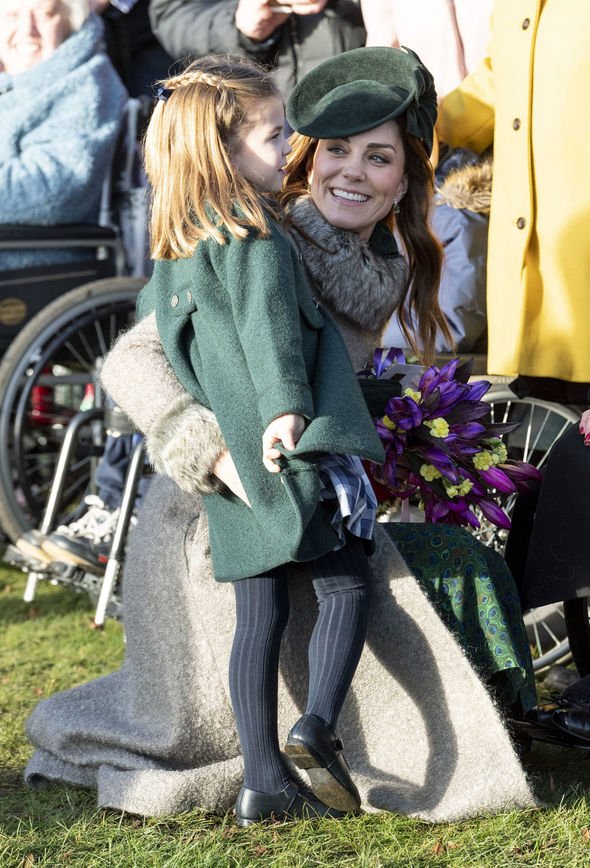 1. The Queen throws a Christmas luncheon at Buckingham Palace

In the week before Christmas, typically the Queen of England will host her annual luncheon for the family at Buckingham Palace.

Each member of the Royal Family, no matter how extended, is invited to the lunch, however, this year, Prince Harry, wife, Meghan, and son, Archie did not attend as they chose to take a six-week-long break from royal duties and flew the nest to the Canada where they reportedly spent their Christmas holidays with Meghan Markle’s mum, Doria Ragland.

Like many families, the royals send out annual Christmas cards, to well-wishers around the world, with family photos.

According to the royals’ official website, the Queen and Prince Philip send around 750 cards in total, which, per Popsugar’s previous report, the Queen likes to start signing while she is on her summer holiday in Balmoral.

3. The Queen travels by train

While the Windsors are known to travel in from every corner of Britain to attend the annual Christmas celebrations in Sandringham, many royal fans will be surprised to find out that the Queen takes a train to King’s Lynn Station in Norfolk, every year.