The Archbishop of New York Cardinal Timothy Dolan on Tuesday credited Home Depot co-founder Ken Langone with preparing St. Patrick's Cathedral to deal with the graffiti that was sprayed during the George Floyd protests.

"God bless him," Dolan told FOX Business’ Maria Bartiromo during an appearance on "Mornings with Maria." "He was the chair of our renovation campaign. He's the one who said, look, we can put this treatment on the outside of the cathedral so that it would absorb the soot and the pollution. And by the way, God forbid, if there's ever graffiti it will easily wash off."

CARDINAL DOLAN: HOPING CHURCHES ARE ‘BACK TO NORMAL’ BY END OF SUMMER

The New York Police Department arrested and charged two teens for vandalizing the building during the protests last month. 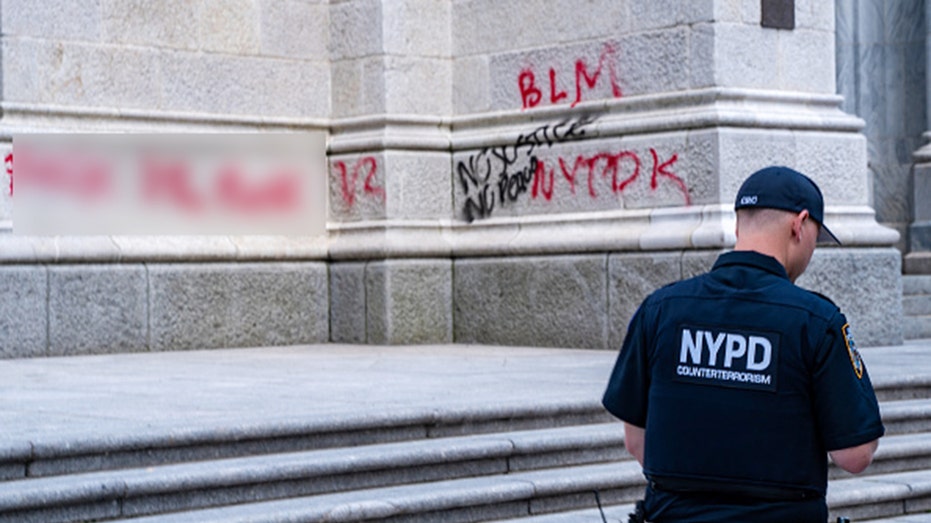 An NYPD officer walks by a vandalized St. Patrick’s Cathedral on May 30, 2020 in New York City. (Photo by David Dee Delgado/Getty Images)

According to Dolan, the NYPD said the attack was not a result of anti-religion or anti-Catholic sentiment.

SOME POLICE OFFICERS LOOKING TO RELOCATE TO MORE COP-FRIENDLY DEPARTMENTS

"We think they were running up and down the street just spraying any brick in sight. And there were no kind of anti-church statements that they that they sprayed," he explained.

Dolan said while the attack was very "sad" and "sobering," he is confident that the church will prevail during the turbulent time.

"Our people have been so protective of the cathedral," he said. "They've come through, especially at this troubled time … to keep the cathedral going. I think we'll be all right."

GET FOX BUSINESS ON THE GO BY CLICKING HERE