Is the healthy doughnut finally here? Krispy Kreme sends foodies wild as it releases an under-200 calorie range

Foodies with a sweet tooth have been going wild as Krispy Kreme announced the launch of two new doughnuts at just 195 calories each for the New Year.

The two new flavours will sit alongside the iconic Original Glazed, making up a new tempting low calorie trio, and will be available for a limited time until 29 January.

Many doughnut fans online went wild over the tasty bakes, with one commenting: ‘Forget the calories I’m going for a dozen all for myself!’ 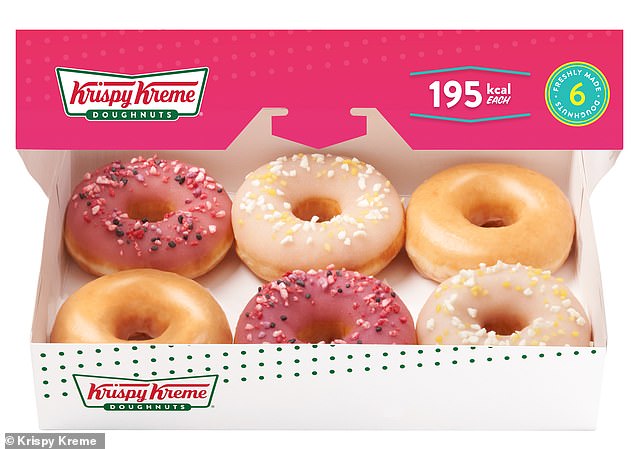 The Berry Burst Krispy Kreme describes itself as fruity, flavourful take on the classic ring doughnut.

It has been dipped in raspberry icing glaze and topped with raspberry flavoured meringue pieces and fruity sugar sprinkles.

While the Lemon Crunch doughnut is dipped in lemon icing glaze and topped with lemon sugar sprinkles and lemon flavoured meringue pieces. 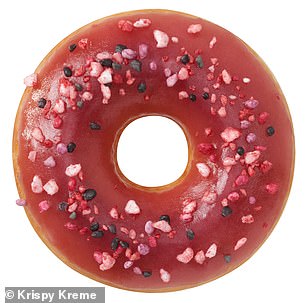 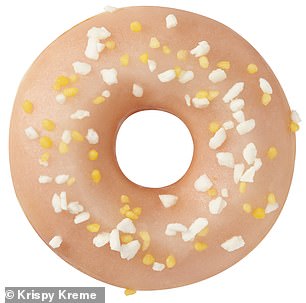 The new flavours, Berry Burst and Lemon Crunch will be available for a limited time until 29 January (left and right)

Fans quickly went wild for the doughnuts online, with one commenting: ‘@krispykremeuk it’s the week between Christmas and New Years, calories don’t count.’

It was only a few months ago that Krispy Kreme launched in McDonald’s, with flavours including chocolate iced with sprinkles and raspberry filled.

The company wanted to see how new products on its menu fared against its McCafé range and ‘give fans what they crave.’

Fans quickly went wild for the doughnuts online, with one commenting they couldn’t wait to try the snacks

In a statement, McDonald’s said that the tests will be run at nine locations in Louisville, Kentucky, from 2 October 2022 and donuts will be delivered to the restaurants every day by Krispy Kreme.

The statement went on: ‘This small-scale test will help us understand how offering new bakery items like Krispy Kreme could impact operations in our restaurants.’

And the test, running for a limited time, is being piloted to help ‘inform future menu decisions.’

A VERY Happy Meal! McDonald’s starts selling Krispy Kreme donuts across some outlets, including chocolate iced with sprinkles and raspberry filled, to ‘give fans what they crave’