“I think MTV played Laguna Beach and The Hills maybe two summers ago,” the Very Cavallari alum, 34, exclusively told Us Weekly recently while sharing her parenting dos and don’ts. “I can’t remember exactly. They have seen, like, a couple of minutes, but they’re not like, ‘Hey, when do we get to watch your shows?’”

Even though Camden, 9, Jaxon, 7, and Saylor, 6, know that their mom has “been on multiple shows,” the Colorado native told Us that her career has not “really registered” to the little ones. 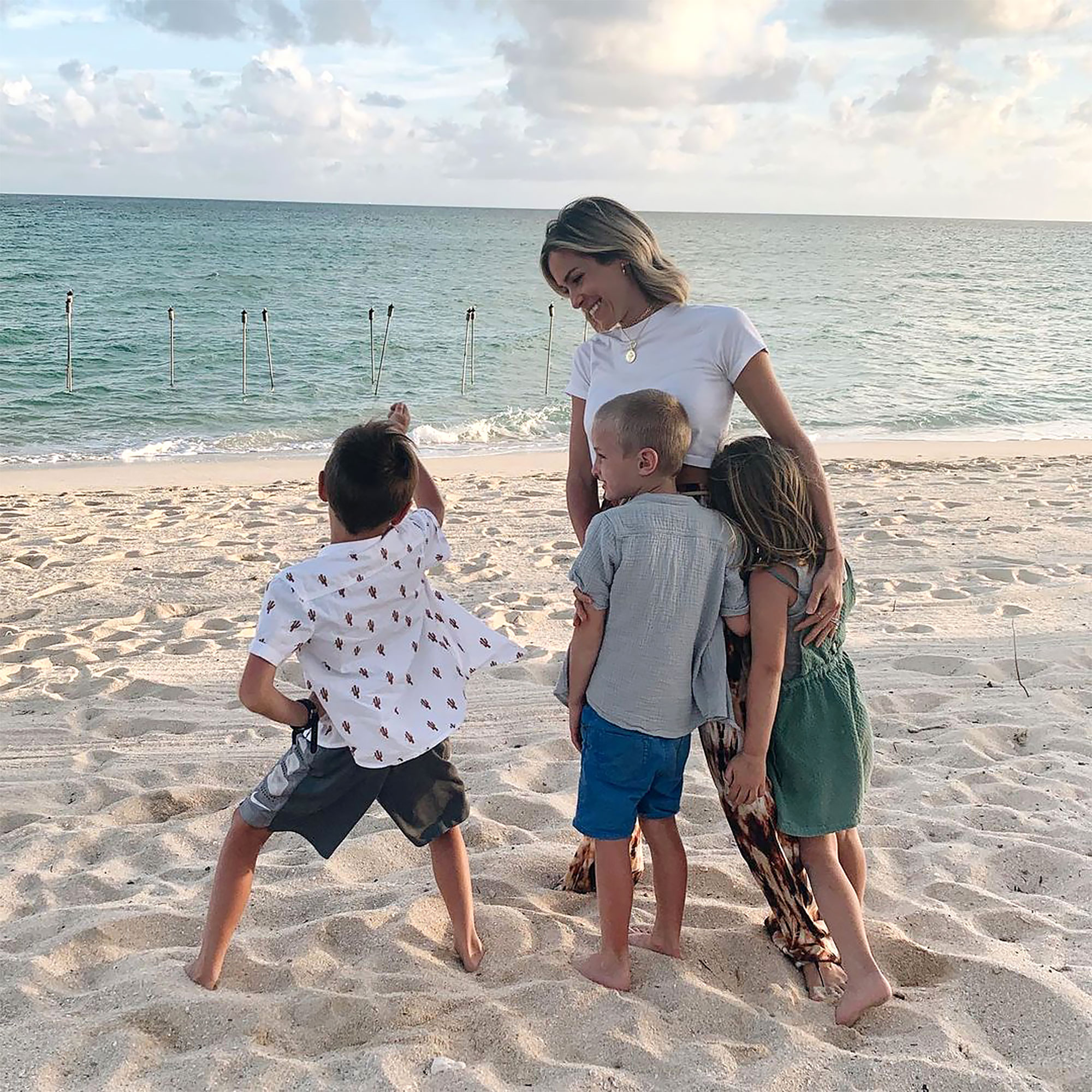 “They [don’t get] that they can sit down and watch a TV show with me on it,” the MTV personality said. “They used to watch when I would do all the hosting for awards shows. That was fun for them. I gave them a little shout-out one time. They loved that, but I think they don’t care.”

As for whether Cavallari and Jay Cutler’s kids have their own futures in reality TV, the True Comfort author told Us that is a “don’t, don’t, don’t.”

Last year, the Uncommon James creator said it was that her estranged husband, 48, who first showed Camden, Jaxon and Saylor Laguna Beach.

“Jay put it on thinking it was really funny … when they re-ran it a few summers ago,” Cavallari explained exclusively to Us in November 2020. “Just a couple of minutes. I, of course, was cringing the whole time. When they’re older, I’m sure at some point they’ll stumble upon it, but I won’t be sitting them down saying, ‘Hey, guys. Wanna watch Mommy in high school?’ ‘No.’”

The True Roots author was more open to her children following her footsteps at the time, saying, “I think I would say, ‘When you’re 18, you can do whatever you want and I’ll, of course, support you,’ but I think it’s hard enough being a kid and especially now with social media. You know, I didn’t even have that pressure. I just want my kids to be kids. You have the rest of your life to be on TV or do whatever you want to do. I would really try to discourage it until they turn 18.”

For now, Cavallari’s kids are focusing on schoolwork — which she helps them with “a lot.” The jewelry designer told Us, “To be honest [with] my oldest, I can’t help him anymore. He’s above me. He’s in third grade, but he’s doing math at a higher level and I’m like, ‘I’m out. I can’t help you. You’re above me. I’m confused. You’re on your own, buddy.’”

Watch the video above for more of the Balancing in Heels author’s parenting dos and don’ts, from eating dessert before dinner to having social media accounts.