"Samantha is never not going to be a part in some way."

And Just Like That… Kristin Davis addressed Kim Cattrall’s absence from the “Sex and the City” reboot.

The actress, who reprises her role as Charlotte York on the eagerly awaited HBO sequel series, made a number of appearances ahead of this week’s premiere — and naturally, her missing former co-star was a FAQ.

“Yes!” the 56-year-old responded when asked on Tuesday’s “Today” if Samantha Jones’ departure would be addressed on the show. 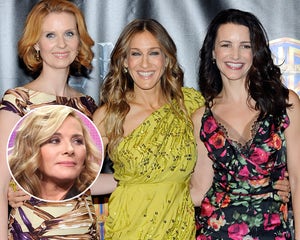 “We love Samantha. Samantha is never not going to be a part in some way, right?” she elaborated.

“So there is respect for Samantha. It’s part of the story. We’d never disrespect Samantha.”

Joined by co-star Cynthia Nixon later that night on “The Late Show With Stephen Colbert”, the pair insisted fans would discover Samantha’s fate very early on.

Asked by the host what the transition was like from quartet to trio, Nixon deftly sidestepped.

“I don’t feel like… I mean, we are a trio, the three original women; but I feel like we’re now a septet,” she replied.

“Because there are actually seven of us, right? There’s Sarah Jessica and Kristin and I, and there’s Sara Ramirez, there’s Nicole Ari Parker, there’s Karen Pittman and Sarita Choudhury. And they are amazing.”

Bringing in some more diverse actresses, Nixon said was “very welcome”, as the original series had been “such an incredibly white show” first time round; Davis added it was “a huge part” of why the reboot was even created.

Circling back to Samantha, Colbert queried whether or not the character had been killed off, possibly eaten by an alligator. Nixon “would neither confirm nor deny” what happened to her, but Davis insisted: “Very soon you will find out.”

Showrunner Michael Patrick King had previously confirmed that neither Samantha nor Mr. Big had been killed off; the latter fans can be certain of, as Chris Noth is set to return to the reboot.

In an interview with The Guardian on Monday, the actor addressed Cattrall’s departure, and her not-so-secret feud with SJP.

“I have to tell you, I have absolutely no idea what her thinking is, or her emotions,” he said. “I do know that I’m very close with SJ and [Cattrall’s] descriptions of her don’t even come close.”

“I liked her, I thought she was marvelous in the show and some people move on for their own reasons. I don’t know what hers were. I just wish that whole thing had never happened because it was sad and uncomfortable.”

He added: “I just don’t like to see anyone talking down about SJ because she’s a target and people can be nasty. I feel very protective of her and I was not happy about that. That’s all I’ll say about that.” 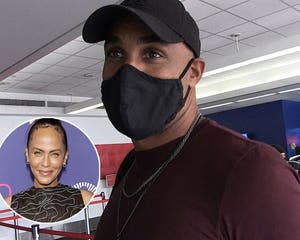