Remote Northern Territory Aboriginal communities would receive $100 million for housing improvements if Labor wins the May election, and the party has also committed to a new housing agreement to replace a $1.1 billion deal due to expire next year.

Overcrowding is a serious problem in Aboriginal communities in the Northern Territory, the most recent Productivity Commission data from 2016 suggests 61.6 per cent of all Indigenous people in the jurisdiction lived in overcrowded conditions. 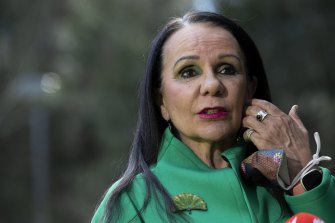 Labor spokeswoman for Indigenous Australians, Linda Burney, said addressing the problem would be key to improving the overall livelihoods of Indigenous people.

“Labor understands the need to work with First Nations peoples to address overcrowding and run-down housing if we are to be successful in closing the gap," she said.

“Spending on health, education and employment will offer a much bigger return if we also improve access to safe and adequate housing in remote Australia.”

The announcement comes after days of campaigning by both the Coalition and Labor in the Territory, where both are vying for the vast bush seat of Lingiari currently held by retiring Labor MP Warren Snowdon on a 5.5 per cent margin.

Labor’s new $100 million spend would be in addition to $200 million already promised from the Housing Australia Future Fund to repair remote housing in Queensland, Western Australia, the NT, and South Australia.

The party also says it will sign a new remote housing agreement to replace the existing $1.1 billion one agreed to by the Morrison and NT governments, due to expire next year.

The federal and NT governments promised to spend $550 million each on building 1950 new bedrooms, the equivalent of 650 three-bedroom homes, between 2018 and 2023.

However, a review by the Australian National Audit Office earlier this year found just 363 bedrooms had been built as of September. That amounted to 19 per cent of the agreement’s capital works target.

Labor’s new agreement with the Territory government would focus on Indigenous homelands, which are small and remote communities primarily on Aboriginal-owned land held under land trusts.

The residents have Traditional Ownership or historical ties to the areas, and the locations are recognised as critical to the social, economic, and cultural rights of Aboriginal people by the NT government.

“Homelands are generally safer and provide better health outcomes for families. They allow Traditional Owners to properly care for and maintain their cultural obligations to Country,” she said.

Reducing the number of Indigenous people living in overcrowded housing is a key socioeconomic reform agreed to by governments under the National Agreement on Closing the Gap.

Under the agreement, all governments will aim to ensure at least 88 per cent of Indigenous people live in appropriate-sized housing by 2031. The figure is currently at 78.9 per cent.

Overcrowded conditions in remote communities can have severe consequences on people’s health and wellbeing, a problem highlighted when COVID-19 spread through western NSW last year.

In towns like Wilcannia, people were unable to isolate away from their families, fuelling the spread of the virus.

Meanwhile, lobby groups such as Change the Record and Everybody’s Home have urged both Labor and the Coalition to commit to building 8500 new homes in Indigenous communities across the country to address the problem.

Neither Labor nor the Coalition have committed to that target.